Anarchists Against the Wall Benefit - Bristol

DIY folk punk duo Ghost Mice from Gainesville FL. play all acoustic at the Plough with Clayton Blizzard, Bones at the Bottom of the Barrel, and Dr. Spin with some of Anarco Folko. Any surplus will be donated to Anarchists Against the Wall. 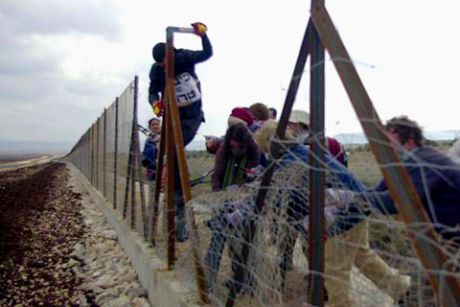 activists destroying a section of the wall 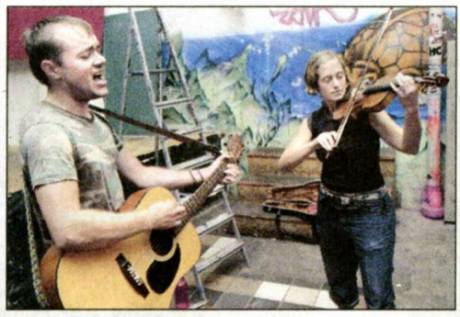 100% Acoustic Punkk Fun at the Plough, Easton with:

DIY duo from Gainesville USA eschew PAs, amps, and all the other buzzing machines that normally power live music to travel light and play straight up positive anarchist folk punk with guitar and violin.

Ultra witty acoustic hip hop and political songs of the people; the original intentions of folk re-incarnated in a modern medium. It’s entertaining, endearing and occasionally uncomfortably on the money. (Fan Fact)

~Bones from the Bottom of the Barrel

It's a mere £4 and the surplus raised will be donated to Anarchists Against the Wall.

Anarchists Against the Wall (AATW) is a direct action group established in 2003 in response to the construction of the wall Israel is building on Palestinian land in the Occupied West Bank. The mere presence of Israelis at Palestinian civilian actions offers some degree of protection against army violence, and all work is essentially Palestinian led.