Sarah Palin is the road to the extinction of life on earth forever. 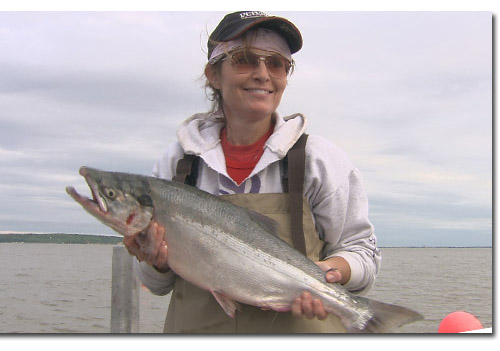 Sarah Palin is the Antigore, the biggest threat to global warming and climate change, because she states positively that human beings are not the cause of global warming. Democrats are panicking over what will happen on foreign policy if the 72 year old twice cancer stricken John McCain dies and leaves Sarah Palin in charge of our national security, but worse, what if Sarah Palin becomes the leader in our battle against climate change? Talk about putting the fox in charge of the hen house. Why did the chicken cross the road? Has this question ever been answered definitively? Why are the mother polar bears now forced to eat their children? Because they cannot get to the other side. The polar bears are the canaries in the coal mine.

Last Christmas, Al Gore gave an interview to Time Magazine in which the Nobel Laureate said, “When I was in the Snow and Ice Data Center receiving a full briefing on the polar ice caps, afterwards I would turn on my TV and there were two networks with the bulletin: Britney Spears loses custody of her children. We’re living in a madhouse if our priorities focus on the embalming of Anna Nicole Smith, or the trial of OJ Simpson, while we ignore the greatest crisis this nation has ever faced, global warming and climate change.”

On Thursday at Mile High Stadium Vice President Al Gore spoke at the nomination of Barack Obama. Al Gore said, “With John McCain's support, President Bush and Vice President Cheney have led our nation into one calamity after another because of their indifference to fact; their readiness to sacrifice the long-term to the short-term, subordinate the general good to the benefit of the few and short-circuit the rule of law… So why is this election so close?

“Well, I know something about close elections, so let me offer you my opinion. I believe this election is close today mainly because the forces of the status quo (Big Oil and their puppets George Bush, Dick Cheney and the Republican Party) are desperately afraid of the change Barack Obama represents. (If we stop our oil gluttony big oil’s profits decrease.)”
Nobel Laureate Al Gore continued, “There is no better example than the climate crisis. As I have said for many years throughout this land, we're borrowing money from China to buy oil from the Persian Gulf to burn it in ways that destroy the future of human civilization. Every bit of that has to change.”
“Oil company profits, as you know, have soared to record levels, and gasoline prices have gone through the roof, and we are more dependent than ever on dirty and dangerous fossil fuels. Many scientists predict -- shockingly -- that the entire North Polar ice cap may be completely gone during summer months during the first term of the next president. Sea levels are rising; fires are raging; storms are stronger. Military experts warn us that our national security is threatened by massive waves of climate refugees destabilizing countries around the world, and scientists tell us the very web of life is endangered by unprecedented extinctions.”
“We are facing a planetary emergency, which, if not solved, would exceed anything we've ever experienced in the history of humankind.”
“And it just so happens that the climate crisis is intertwined with the other two great challenges facing our nation: reviving our economy and strengthening our national security. The solutions to all three require us to end our dependence on carbon-based fuels.”
“Instead of letting (oil) lobbyists and polluters control our destiny, we need to invest in American (green technology) innovation.”
“Almost a hundred years ago, Thomas Edison, our most famous inventor, said, "I'd put my money on the sun and solar energy. What a source of power! I hope we don't have to wait until oil and coal run out before we tackle that."
“Well, now, in 2008, we already have everything we need to use the sun, the wind, geothermal power, conservation and efficiency to solve the climate crisis -- everything, that is, except a president in the White House who inspires us to believe, "Yes, we can." But we know how to fix that.”
“So how did this no-brainer become a brain-twister? Because the carbon fuels industry -- big oil and coal -- have a 50-year lease on the Republican Party, and they are drilling it for everything it's worth. And this same industry has spent a half a billion dollars this year alone trying to convince the public they are actually solving the problem, when they are, in fact, making it worse every single day. This (Bush) administration and the special interests (big oil) who control it lock, stock and barrel after barrel have performed this same sleight-of-hand (deceit, lies) on issue after issue. Some of the best marketers have the worst products, and this is certainly true of today's Republican Party.”

John McCain stood 900th out of 900 people in his naval academy class. Then, his mind suffered irreparable damage as a result of being tortured for 5 years. Now he has all the symptoms of uncontrollable alzheimer’s rage. John McCain deserves our pity, not our vote for the highest office in the land in the most difficult time this nation and this planet has ever faced.

The solution of John McCain and Sarah Palin to America’s global warming problem is “Drill, Drill, Drill for Oil! Drill for oil in the Alaska National Wildlife Reserve. Drill offshore. Drill, drill, drill away all of our problems, until not a drop of oil remains for our children and grandchildren, not a piece of ice remains in the Arctic and Antarctic Oceans and the Earth’s one ocean rises 40 feet permanently, submerging all but Denver, Colorado, permanently.

To show you how big big oil is, Philip Cooney spent two years in the Bush Cheney oval office doctoring the scientific research to say that human beings are not the cause of climate change and acid rain and dying lakes and oceans. Philip Cooney then was rewarded with a job at Exxon Mobil. If big coal and oil are the enemy of our planet, then George Bush, Dick Cheney, John McCain and Sarah Palin are guilty of treason.

Recently the world came together in Bali, Indonesia, to combat global warming. George Bush and the Republican Party succeeded in gutting the final agreement of all substance. Long ago, the oil companies gave up denying that big oil was causing climate change, they just said that the scientists disagreed.

John McCain never met Sarah Palin until the day he nominated her so who chose her, Exxon Mobil? In the current issue of Newsmax magazine Sarah Palin, the wife of an employee of British Petroleum, has reverted to the position that human beings are not responsible for global warming and climate change. Sarah Palin was asked, “What is your take on global warming and how it is affecting our country?” The woman who you are now considering putting a frail heartbeat from the Presidency answered, “A changing environment will affect Alaska more than any other state, because of our location, but I'm not one though who would attribute it to being man-made.”

Are we all locked inside of a nightmare paralyzed by fear content to believe that our leaders have our best interests at heart or have any idea what the Hell they’re doing?

Al Gore just said, “This same industry (big oil) has spent a half a billion dollars this year alone (on televison and newspaper advertising – this is how big oil controls the mainstream media – they fund it) trying to convince the public they are actually solving the problem, (of climate change) when they (big oil) are, in fact, making it worse (climate change) every single day. This (Bush) administration and the special interests (big oil) who control it lock, stock and barrel after barrel have performed this same sleight-of-hand (deceit, lies) on issue after issue. (Iraq WMD’s, Climate Change, etc.) Some of the best marketers have the worst products, (cigarettes, coal, oil) and this is certainly true of today's Republican Party (puppet masters, big oil).

The root cause of our energy problem is that the U.S. is using 20 million barrels of oil per day. Russia and Germany are only using 2.5 million barrels per day and the vast majority of countries on Earth are using under 100,000 barrels of oil per day. Our gluttonous over consumption of oil and the resource wars and vast transfer of wealth to feed this gluttony is the reason that our country has now gone from a Clinton surplus to a Bush/Cheney/McCain/Palin $10 trillion defict, and the reason that the United States is the world’s worst poisoner, murderer, of the pieces all of us are made of, air, water and earth.

The United States of America is already producing 5 million barrels of oil per day, far more than it needs. For 5 million years our ancestors survived without burning any oil until the invention of the internal combustion engine by Karl Benz 125 years ago. When Sarah Palin melts the Antarctic to line the pockets of her puppet masters, when you elect her, we will all get the bends and die. When John McCain and Sarah Palin attack Iran and her allies Russia and China for our God given right to use 50 million barrels of oil per day, the result of nuclear world war III will be a black purple radioactive cloud encircling the tiny ball called Earth for one year, a real live Hell, which Sarah Palin can say of, “I'm not one though who would attribute it to being man-made.” No Sarah, the polar bears invented the cars and the nuclear bombs, and that’s why God is forcing them now to eat their children.