All the latest news on the streets of todays huge anti-Republican Convention from the streets of Minneapolis. Lots of stuff going on now from a 10,000 people demo, a breakaway Funk The War march, a block block roaming and breaking stuff and various sectors blockaded to prevent delegates moving around the City. Cops going in hard. Some arrests. Pepper spray and rubber bullets now being used on protestors. 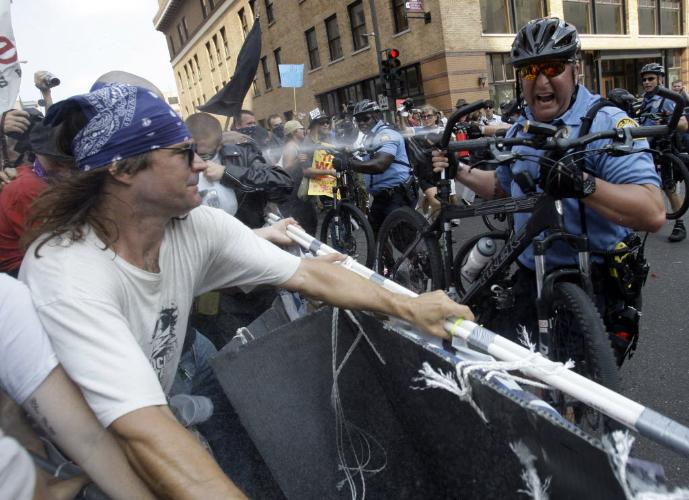 Cops gas up for it protestors