NO NAZIS ON THE STREETS OF LEEDS! 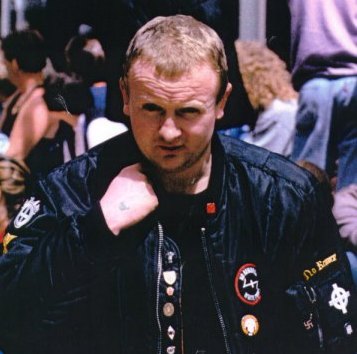 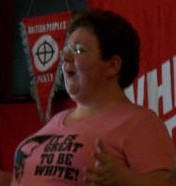 One of the vilest neo-Nazi groups in the country is planning to hold a demonstration in Leeds. The so-called ‘British Peoples Party’ (formerly the ‘White Nationalist Party’), whose leaders believe that all non-white people (along with Jews, Gypsies, Gays, and the Disabled) should be exterminated, plan to hold a demonstration against black Rap music outside HMV in Leeds city centre on Saturday October 4th.

The BPP are supporters of Adolf Hitler and have strong links to both terrorism and paedophilia. Their Goole and East Yorkshire organiser Martyn Gilleard was recently given 16 years for possession of nail bombs and plans to blow up local mosques. On his computer he also had 40,000 images of children and babies being sexually abused, tortured, and raped. The BPP are very sick people.

The BPP are led by Leeds Nazi Kevin Watmough, who runs ‘Redwatch’, a site where fascists post details of their ‘racial enemies’ and instigate attacks on them. While pretending to be ill, Watmough makes a shabby living selling swastikas and other Nazi paraphernalia to his fellow fascists.

The organiser of the BPP demo is Watmough’s girlfriend, Kate Dermody (or McDermody), a hardline Nazi who moved to Leeds from the Midlands, and has been trying to stir up racial conflict in the city ever since. Like Watmough, Dermody is a supporter of Adolf Hitler, and says she believes in “Racial Holy War.” She runs her own blog, on which she openly jokes about the Holocaust, calls the Muslim prophet Muhammad “a paedophile”, and talks about black people in the vilest possible terms.

In the 1970’s and 80’s the Nazis had a strong presence in Leeds. On Saturdays when they sold their racist newspapers in the city centre, black and Asian people, and anyone who looked or dressed differently to them, would be jostled and spat at, even assaulted. Eventually these scum were driven off the streets by antifascists, and Leeds is a much better place without their presence.

Now Dermody and Watmough, and the filth of the BPP are hoping to re-establish themselves on the streets of Leeds. This demo against black Rap music is just an excuse to publicly parade their disgusting racist politics once again. They must be stopped at all costs.

The Nazis in Leeds no longer have the strength of numbers to mount a racist demonstration in the city centre, so they are planning to bus in other Nazis from all over the country. In particular they plan to bring in paramilitary thugs from the so-called “Racial Volunteer Force” and the “Aryan Strike Force”. Like the BPP these are hardline Nazis, who believe in violent racial conflict. They have links to terrorism and to European Nazi groups.

Anyone who cares about the racial harmony of Leeds, anyone who is from an ethnic background, anyone who opposes fascism and all it stands for, should oppose this Nazi demonstration.

Let’s show Dermody and Watmough, the so-called “British Peoples Party”, and the Nazis they are bringing to our city, that Leeds will not tolerate them and their racist lies.

We are calling for an anti-racist mobilisation to oppose the fascist BPP on Saturday 4th October. Be in town that day and be prepared to oppose them. The BPP have said they will be holding their demo at HMV on Lands Lane in Leeds city centre at 2.00pm, but they may try to hold it earlier, or even move to another location.

(A PDF file to print this as a leaflet is available on the Antifa website.)