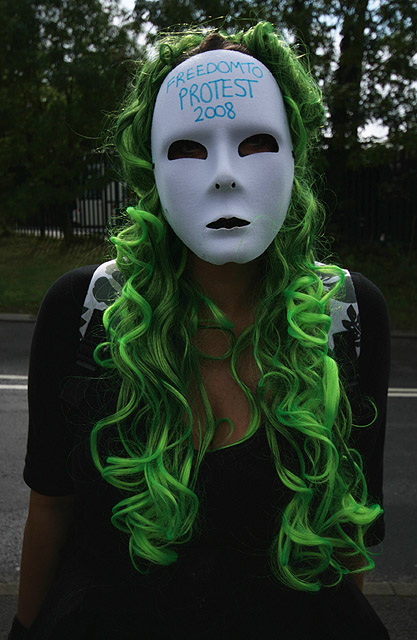 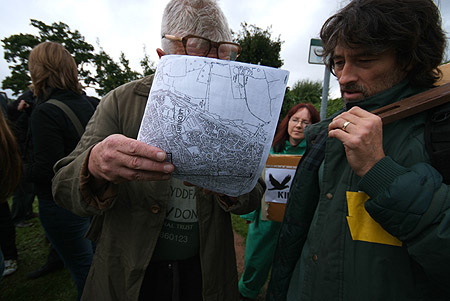 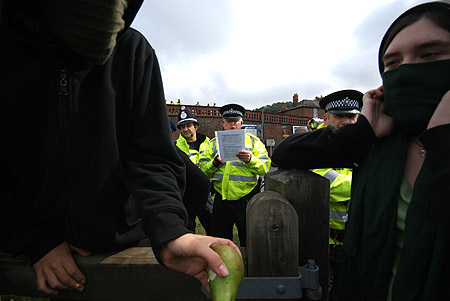 A police officer reads from the document. 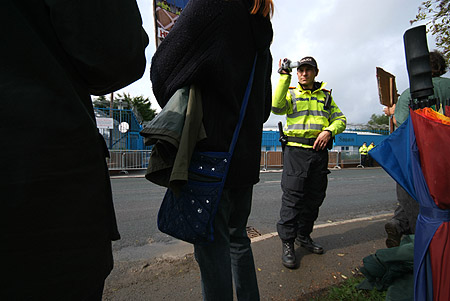 Gathering intelligence on the activists. 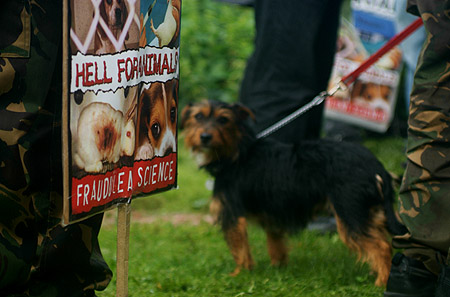 Protesters wait to carry out the action. 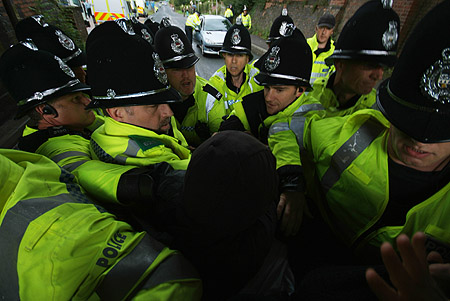 Police officers swarm around the protesters. 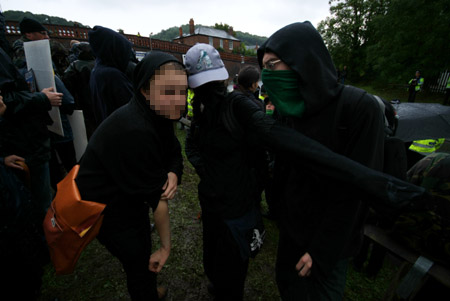 Deciding what to do next. 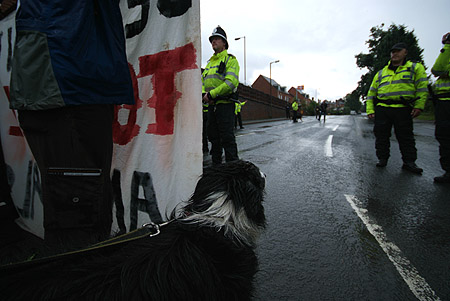 Activists prepare to march through the town. 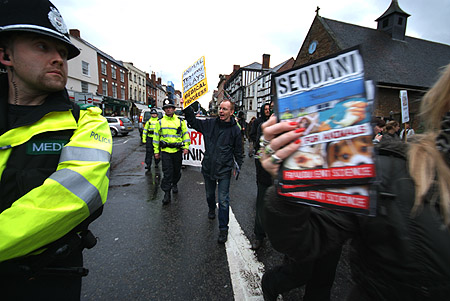 A police medic looks on.

Animal rights activists gather in Ledbury, Herefordshire, to protest against the animal experimentation facility at Sequani Laboratories. The facility carries out testing of a range of clinical and corporate commercial products on a range of animals including dogs, rabbits and rats. A process which often leads to the animals expiring, which, in turn, has caused the company to attract the attention of concerned members of the public.

As a result of the attention of members of the public, the company has sought legislative protection from government and now enjoys the maintenance of its contracts and business under section 145 of the Serious Organised Crime and Police Act, 2005 (SOCPA), sections of which (132-138) have been mis-applied in London by Metropolitan police authorities in the past and are now due to be repealed.

Section 145 of the act was recently used to prosecute and imprison Mr Sean Kirtley, an animal rights campaigner, for four and a half years for criticizing the company on a website. The trial lasted over 4 months at a cost of 4.5 million pounds and was prompted and prepared by the police authorities National Extremism Tactical Coordination Unit (NETCU). Ledbury, Herefordshire, 06th September 2008. 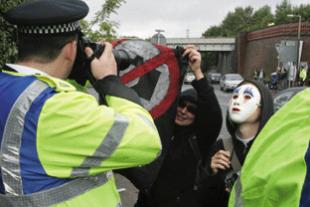 Protesters try to stop the Police from taking photographs 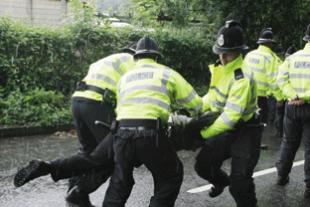 The Police make an arrest 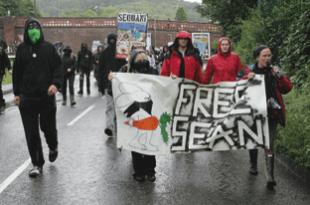 Protesters walk down the street with their Free Sean banner

"About 200 protestors of all ages marched through the town..."