Frank Søholm Grevil (born in 1960) had the rank of major in Forsvarets Efterretningstjeneste [FE] (Danish military intelligence agency). On February 22, 2004 he acted as a whistle blower leaking classified information about the FE's assessment of the possibility of weapons of mass destruction [WMD] in Iraq. These documents proved that Danish prime minister Anders Fogh Rasmussen lied to the Danish parliament when he claimed that there was evidence that Iraq had weapons of mass destruction.

Frank Grevil was sentenced to four months in jail for leaking these documents. 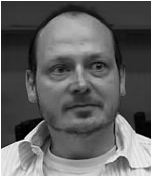 
Grevil leaked the documents to the Danish daily newspaper Berlingske Tidende in 2004.

The documents that Frank Grevil leaked are part of a rising amount of evidence that the Danish government, the Prime Minister Anders Fogh Rasmussen and the Minister of Foreign Affairs Per Stig Moeller knew that the "evidence" concerning Iraqs WMD was false, that they claimed the contrary and that they withheld crucial information for the parliament in the run up to the war. Denmark took part in the coalition that attacked Iraq. Leading opposition parties are demanding an investigation into the governments knowledge up to the war.

It is also suggested that Denmark and the Danish government took part in the British scheme to bring Iraq to deliver the "casus belli" itself for the US attack, which was seen as inevitable, by demanding and enforcing UN arms inspections that Iraq subsequently would deny vis a vis the Downing Street Memos.

Documents from the Danish Prime Ministers Office shows that Denmark kept close contact to the British Prime Minister Tony Blair in the crucial months in 2002. Denmark held the EU presidency at the time and would have played an essential role in this.

Frank Grevil is now incarcerated at Horserød State Penitentiary in Denmark where he will remain for the next couple of months.

"The editor and two reporters from one of Denmark's main newspapers - on trial charged with publishing secret intelligence about Iraqi weapons. In articles published in 2004 they quoted from analysis by a Danish intelligence agent, Frank Grevil. His report, written before the 2003 US-led invasion of Iraq, concluded that there was no evidence of weapons of mass destruction (WMD) in Iraq. The Berlingske Tidende journalists could go to jail if found guilty. - viewed as a landmark case in Denmark, which is usually an ardent defender of freedom of expression An offence of publishing confidential Danish government documents is punishable by fines or up to two years in prison. Berlingske Tidende's chief editor Niels Lunde went on trial along with reporters Michael Bjerre and Jesper Larsen - They pleaded not guilty.

Excerpt from Court report which shows how those other defendents escaped prison and shifted the blame from a journalistic freedom debate to Frank Grevil thus ignoring moral responsibility in publicising illegal activity by the Danish Secret Service.

http://en.wikipedia.org/wiki/Forsvarets_Efterretningstjeneste and the Danish Government.

In its verdict of 23 September 2005 the Eastern Division of the Danish High Court found
Frank Grevil guilty of an offence under section 152 (2), cf. section 152 (1), of the Danish
Criminal Code in that in mid-February 2004, in his capacity as a public servant with the
Danish Defence Intelligence Service and under aggravating circumstances, he disclosed
confidential information from the Danish Defence Intelligence Service without
authorisation to one of the Defendants in this trial, Michael Bjerre, a journalist with
Berlingske Tidende. The confidential information was contained in three threat
assessments of 3 October 2002, 30 January 2003 and 15 March 2003 respectively,
which have been described in detail.

Both Defendant Michael Bjerre and Defendants Jesper Larsen and Niels Lunde admitted
during the trial that they had received the said threat assessments from Frank Grevil,
and that they, as writers and the editor-in-chief with responsibility under press law
respectively, used information from the documents in connection with articles published
in Berlingske Tidende in February and March 2004 as specified in the indictment. The
Defendants further admitted that they had been aware that the information from the
Danish Defence Intelligence Service was secret and confidential.
On the evidence, including the testimony by Jørn Olesen, the head of the Danish
Defence Intelligence Service, the Court considers that the Danish Defence Intelligence
Service was acting in the interests of state security and the defence of the realm when it insisted that the threat assessments be kept secret and was therefore acting in the
essential public interest, cf. section 27 of the Danish Public Administration Act.
On the evidence the Court further considers that the essential public interest also
dictated in early 2004 that outsiders should not have sight of the threat assessments in
question and so, among other things, have an opportunity to assess the Danish Defence Intelligence Service's working methods and level of knowledge. At the time the articles were published in Berlingske Tidende the Danish Defence Intelligence Service was therefore still entitled to insist that the threat assessments be kept secret, regardless of the fact that similar information on Iraq's weapons of mass destruction had appeared in publicly accessible reports.

On these points the Court therefore reaches the same conclusion as the Eastern
Division of the Danish High Court in the trial of Frank Grevil. The question of whether the Defendants can be punished for offences under section 152 d (3) of the Danish Criminal Code depends on whether their disclosure of confidential information can be characterised as "unauthorised", or whether instead it is proved that
the Defendants "acted legitimately in the obvious public interest or in the interests of
themselves or others", cf. section 152 e (2) of the Danish Criminal Code.
The said provisions of the Danish Criminal Code have to be read in the light of the
freedom of expression provision contained in article 10 of the European Convention on
Human Rights and case law from the European Court of Human rights relating to that
provision, as the defence put forward was that it is a legitimate part of their work as
journalists and an editor on a daily newspaper to pass on information of essential social
interest to the public.

According to the testimony of Jørn Olesen, it was not publication of the content of the
threat assessments but publication of names of specific foreign partners and the fact that there had been a leak at all that represented a very serious risk to the Danish Defence Intelligence Service's chances of receiving information from those partners. It also appears from his testimony that it is not known whether the leak has had a concrete negative impact on the relationship with the partners, but that the benchmarking analysis of the Danish Defence Intelligence Service from 2006 makes no mention of the matter.

Several witnesses, including former Danish Foreign Ministers Niels Helveg Petersen and
Mogens Lykketoft and university researchers Lars Erslev Andersen and Ole Wæver,
confirmed the defendants' evidence that, at the time the articles appeared in Berlingske
Tidende in February and March 2004, there was considerable public interest in knowing
the basis for the political decision taken in March 2003 on Denmark's involvement in the
military action in Iraq, and that the question as to whether Iraq might possess weapons
of mass destruction was an important part of such concerns. In the opinion of the
witnesses, reproducing the information from the Danish Defence Intelligence Service
was of material importance in that debate and in understanding the role of the
Intelligence Service, with the articles also contributing to there subsequently being
greater openness surrounding the affairs of the Intelligence Service. As the witnesses
see it, the articles may influence the basis on which decisions are made in similar
situations in the future. In the opinion of the Court, consideration of the conflicting essential interests in the case leads to the conclusion that such importance must be attached to the considerable public interest surrounding the decision to take part in the war in 2003, compared with the risk that the operations of the Intelligence Service would suffer, that it considers the Defendants to have acted legitimately in the obvious public interest when they chose to disclose the confidential information to the public.

On this basis the Defendants Jesper Larsen, Michael Bjerre and Niels Lunde were acquitted.

There is a Danish group of protestors that are organizing an event to bring Grevil's case more public recognition linked to below.