Hands Off Latin America - demo and rally this Wednesday in London

HANDS OFF LATIN AMERICA! STOP THE COUPS IN VENEZUELA AND BOLIVIA! 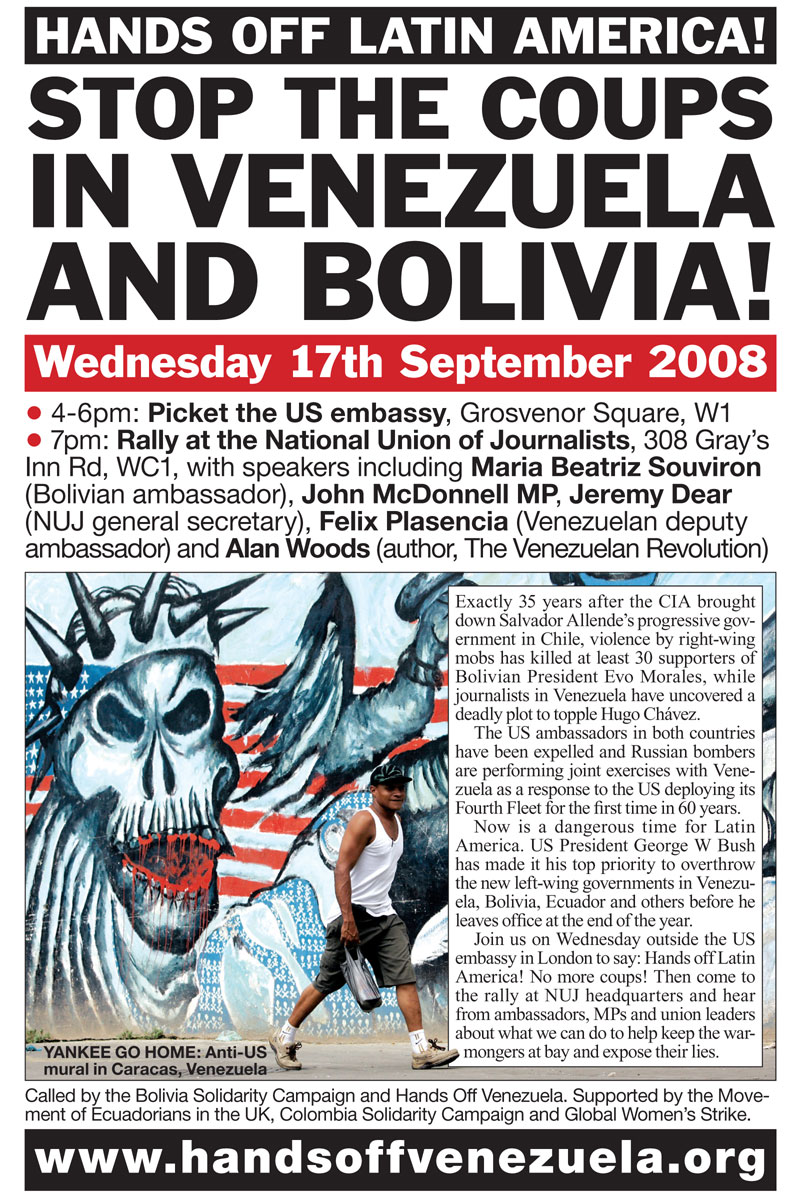 Exactly 35 years after the CIA brought down Salvador Allende’s progressive government in Chile, violence by right-wing mobs has killed at least 30 supporters of Bolivian President Evo Morales, while journalists in Venezuela have uncovered a deadly plot to topple Hugo Chávez.

The US ambassadors in both countries have been expelled and Russian bombers are performing joint exercises with Venezuela as a response to the US deploying its Fourth Fleet for the first time in 60 years.

Now is a dangerous time for Latin America. US President George W Bush has made it his top priority to overthrow the new left-wing governments in Venezuela, Bolivia, Ecuador and others before he leaves office at the end of the year.

Join us on Wednesday outside the US embassy in London to say: Hands off Latin America! No more coups! Then come to the rally at NUJ headquarters and hear from ambassadors, MPs and union leaders about what we can do to help keep the warmongers at bay and expose their lies.