Menezes inquest - a call to all our supporters

Do you remember hearing the news that a suspected suicide bomber had been shot on London Underground 3 years ago?

Do you remember how you felt when it became clear an innocent Brazilian man had been shot dead with 7 bullets to the head in front of terrified tube passengers? 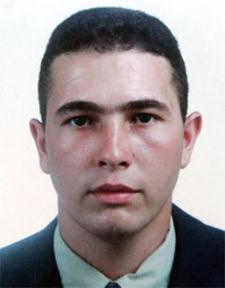 The public reaction to the death of Jean Charles de Menezes in a catastrophic police operation was enormous – people demanded to know how and why such a terrible tragedy could have occurred.

Since July 2005, the Menezes family have relentlessly campaigned to attain the real facts about his death and see action taken, to prevent any repeat of the terrible circumstances in which they suddenly lost their loved one.

We urge you, if you can, to attend this inquest into his death to show that the public have not forgotten this injustice. If you can spare an hour or two, either on the first day or any time over the next few months, your attendance will be greatly appreciated. Details of how to attend can be found at

Your support is needed – now, more than ever.

Sincerely and in loving memory of Jean,

All at The Jean Charles de Menezes Family Campaign, September 2008