Riots and 20 arrests at ESF Malmo

As the full European Social Forum got underway for proper, Swedish police, backed by foriegn police made 16 pre-emptive arrests at Malmo central train station in the mid-afternoon.

A policewoman said that the protesters were mistaken for being Antifa members. One protester was charged with carrying an 'illegal weapon' but this turned out to be a leather sewing needle. He has been bailed to return.

At 6pm all were released but whilst walking towards the swedish reclaim the streets party in central Malmo were intercepted again and several were re-arrested after attempting to run. At least 2 possibly 8 are in custody as of tonight.

There has been several autonmous demonstrations today in Malmo. The first was a group of cyclists against AIM weapons factory in south Malmo in the morning. AIM make gunsights for fighter aircraft and helicopters.

During the afternoon, over 2000 protesters assembled in South Eastern Malmo to demonstrate against E.ON over plans to build power stations in sweden and also in support and solidarity with the UK climate camp Kingsnorth which happened in early august. The event was very peaceful, colourful and with no arrests.

At 8pm tonight in Malmo there was the largest reclaim the streets party in the centre. until 10pm it was peaceful with the cops just waiting and watching. As news of the arrests filtered through, the windows of a bank were stoved in and broken. Riot police then issued warnings to disperse and most did. However 100-150 protesters decided to stay and confront the police. A tense standoff then ensued with swedish riot police for a while with bottles being thrown.

Latest news as a few minutes ago (midnight) is that there have been several more arrests and large scale property damage in Central Malmo near the City Hall.

Tomorrow, there will be the main ESF official demonstration with what is expected to be at least 18-20,000 people demonstrating. 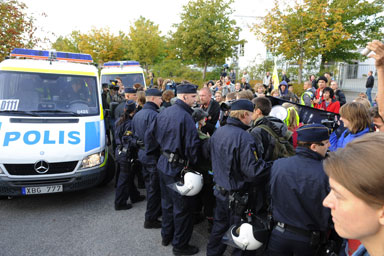 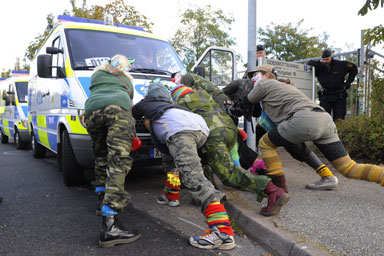 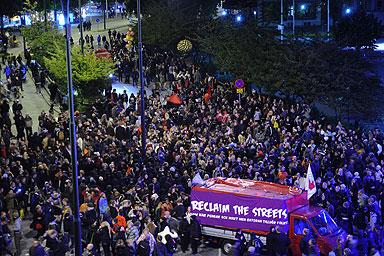 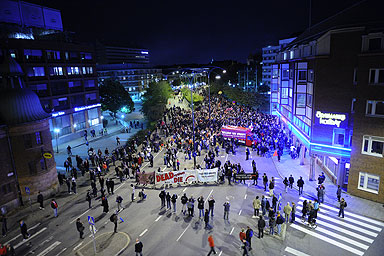 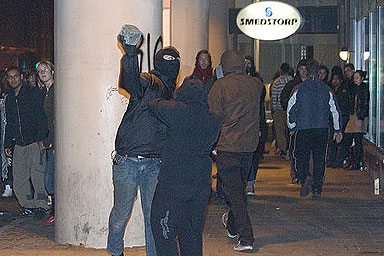 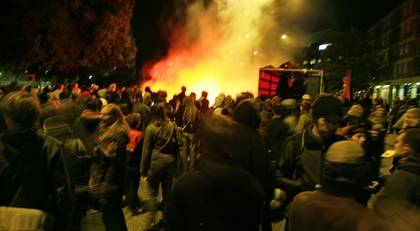 latest news on the arrests in Malmo-saturday morning 20th...

After speaking to the ESF official spokespeople this morning....there no people in Swedish police custody at the moment. It seems that the Danish police did an illegal incursion into Malmo to re- arrest and deport several people that had been previously arrested at malmo train station yesterday afternoon.

Another interesting pic from RTS Malmo 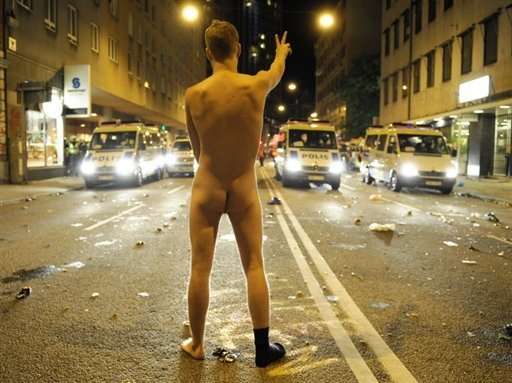 RTS Malmo Man against the forces of Evil