"All We Want is the Truth" - Menezes Inquest Opens on Monday

On 22nd July 2005, Jean Charles de Menezes, an innocent member of the public, was killed by Metropolitan police officers in a grotesque and very public fashion. No one has been held accountable for his death. 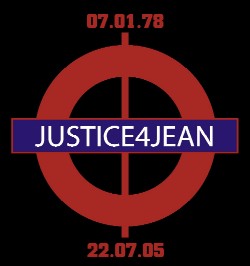 On Monday, as the inquest into the death of Jean Charles de Menezes opens, Jean's family will finally get the opportunity to examine key evidence about how he was killed in a public court and for the first time.

The inquest into the death of Jean Charles de Menezes begins on Monday at 10.30am at Surrey County Cricket Club, The Brit Oval, Kennington, London, SE11 5SS.

The killing of Jean Charles has attracted unprecedented public disquiet and exposed a catalogue of failings by the Metropolitan police. It is likely that the inquest into his death will court more controversy, as new evidence is certain to be exposed which will shed further light on the operation that led to Jean's death.

The inquest proceedings have already attracted criticism over the blanket anonymity awarded to almost 50 police officers. The inquest's compliance with the state's obligations for investigating deaths in custody under Article 2 of the Human Rights Act has also been called into question over the public's ability to participate in proceedings and the efforts by the police to keep documents about the Operation Kratos secret.

The key issue for the Menezes family however remains simple, a need to know the truth about how and why their loved one was killed, and for justice to be done.

"Over the last three years the family have felt humbled by the massive support they have received from ordinary members of the public. It is clear that the killing of Jean Charles struck a note with ordinary people across the country who simply cannot understand how the police can kill an innocent man, lie about it and then get away scot-free. We hope that the inquest will bring the family and the public closer to the truth about how and why Jean Charles was killed, and crucially, if he was killed lawfully"
:
Jean Charles cousins in the UK will be attending the inquest and arriving at the venue at 9.30am on Monday. They will make a short statement at the end of the first day of the inquest, outside of the Oval venue.

A detailed briefing on the inquest, the key issues that will be explored and the family's expectations can be downloaded from

Jean Charles de Menezes brother and mother will be arriving from Brazil on the 3rd October. They will be attending the inquest for a month from this date.