On Wednesday early evening activists climbed lampposts to hang a banner outside of the Shell Centre in London saying ‘Shell to Hell: Victory to Rossport/Women say Nice One Maura.’ 2 were arrested and later released. 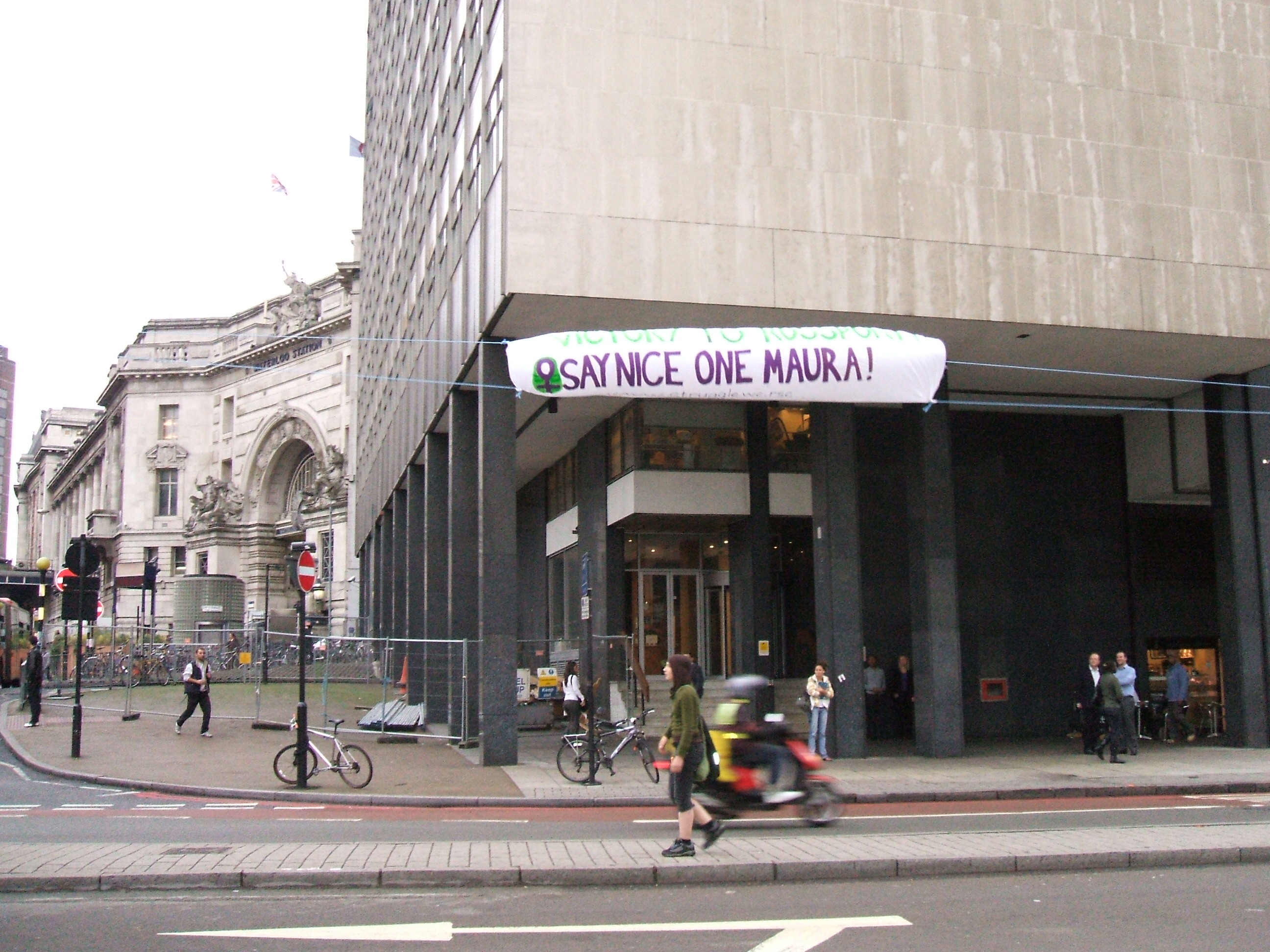 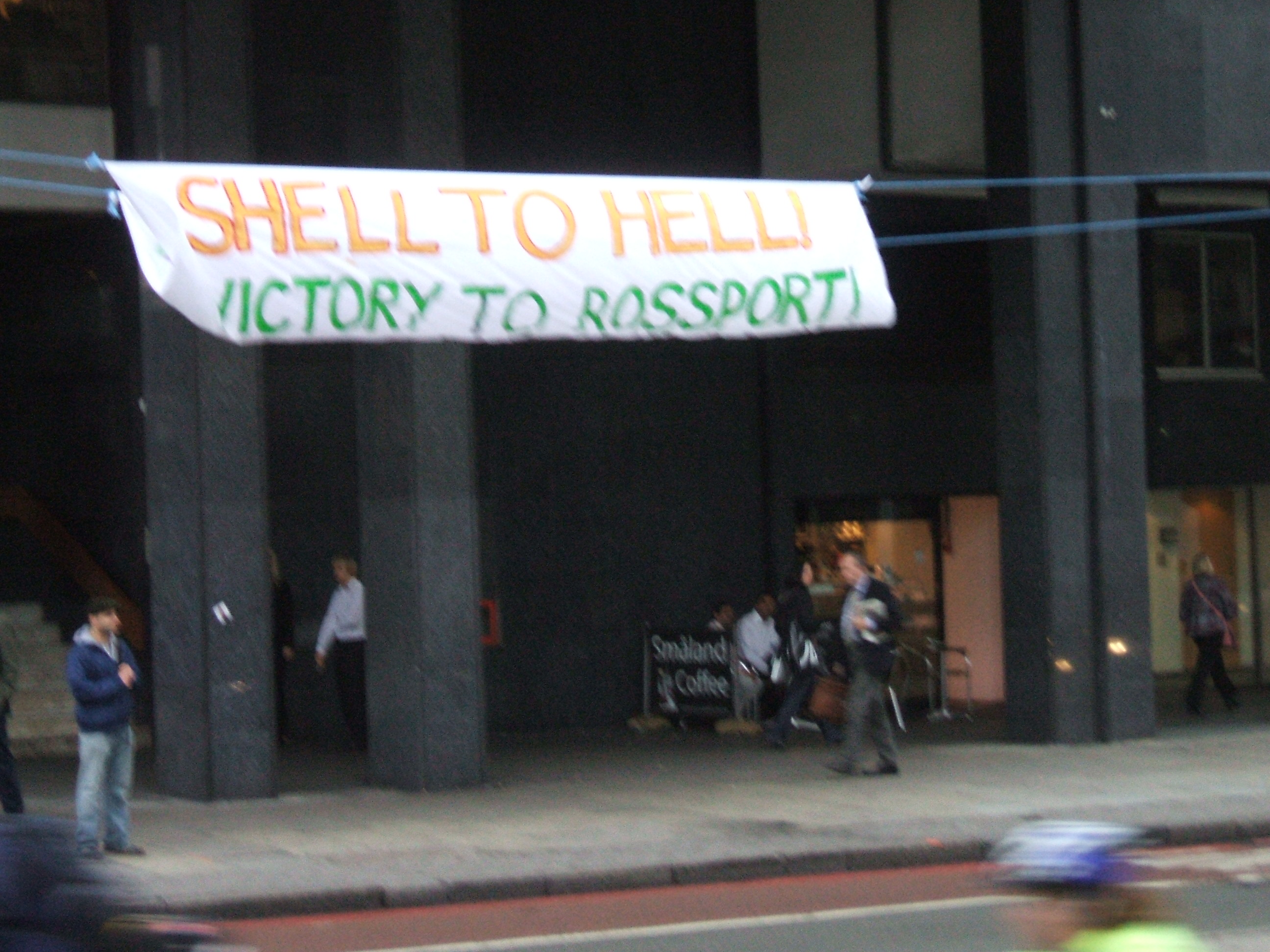 On Wednesday evening a women’s collective climbed 2 lampposts directly outside of Shell’s headquarters in London. After unfurling the banner the police came in large numbers and harassed the supporters on the ground. A lively protest ensued for about 20 minutes whilst the climbers stayed up and people on the ground chanted. Information was given to the folks walking near the area about Rossport & Shell’s campaign of destruction in County Mayo.

The police eventually managed to cut the banner down. The climbers were arrested and later released without charge.

We did this action to show support for the ongoing struggle of residents and supporters in Mayo to send Shell to Hell (or to Sea, depending on when and who). Since late 2000 there has been an on-going attempt by multi-nationals and the Irish state to destroy a beautiful remote coastal area in the county Mayo with a toxic refinery and high pressure production gas pipeline. The local residents and supporters have lead an inspiring and sustained campaign against this construction. In the last few weeks there has been a wave of action to stop the pipe-laying ship, the solitaire, from building. Included in this was the inspiring hunger strike of local school teacher Maura Harrington.

At the end of last week the solitaire left the bay for ‘essential repairs.’ Maura came off hunger strike and the campaign is working on ensuring that it does not come back. For more information see: