Just how bright is the plump nazi the British People's Party are bringing in to head up 'security' at their Leeds anti Hip Hop demo? Not very. 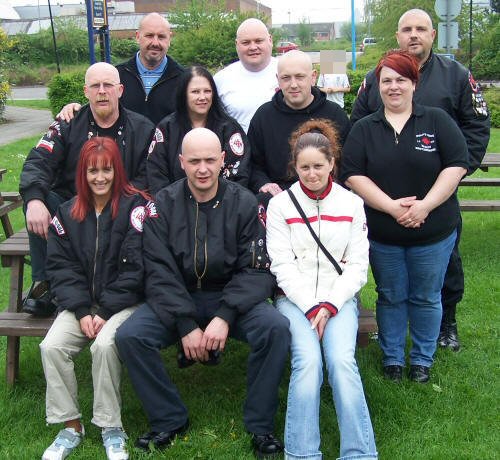 Plump as a bunch of Xmas turkeys - (Brookes is rear right) 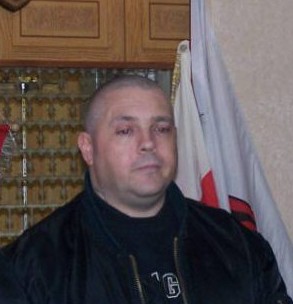 Brookes without his usual bumfluff 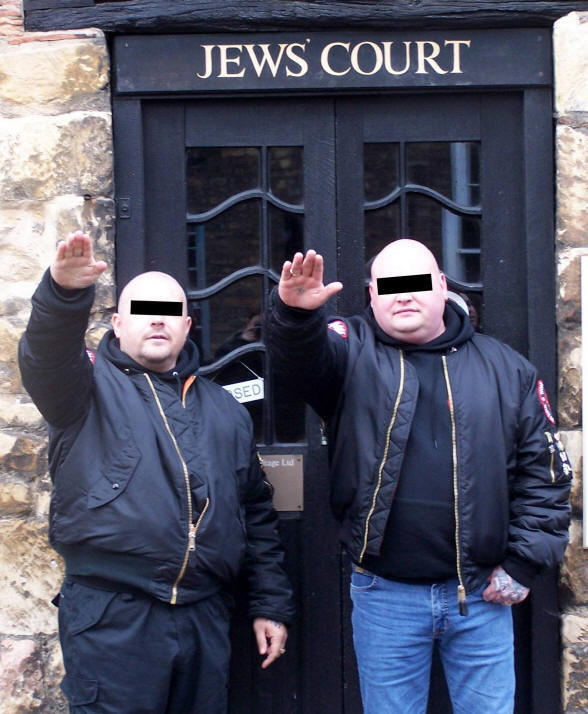 Brookes in Lincoln with his chum Ian of the White Dragon tatooists, Stockport 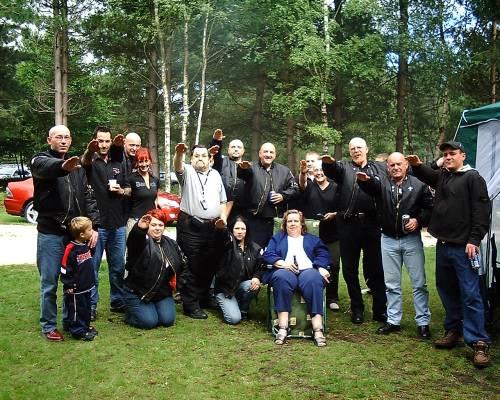 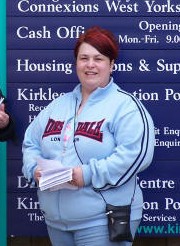 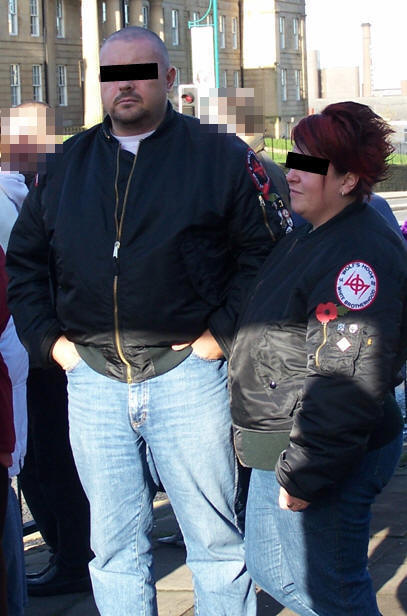 Bearing in mind that their erstwhile gruppenfuhrer Mark ‘Atki’ Atkinson has only just been released from jail, you’d think the idiots of the so-called ‘Racial Volunteer Force’ would be a bit more careful about openly posting threats on the internet. Not so it seems; ‘Stupid is as stupid does’ as a character with more brains than all the RVF put together once said. Posting on BPP ‘Leader’ Kevin Watmough’s ‘C18 Forum’, current RVF big boy Adrian ‘Kruger’ Brookes has this to say: “We will be mobilizing as many volunteers as possible to attend the leeds demo some will be in the demo but must are under orders to dress casual and to mingle with the crowd. should any afa turn up they will be attacked then the casual volunteers will melt away in to the crowd and leave the scene.”

Brookes is talking about the Leeds anti-Hip Hop demo being organised by the ‘British People’s Party’ outside HMV on Lands Lane, Leeds on Saturday October 18th at 11.00am, which the neo-Nazis hope will be the opening shot in their “Racial Holy War.” The RVF along with some other ageing skinheads are being brought in to do the BPP’s ‘security’ (they even have their own little banner, with which the BPP have bought their ‘protection’.)

Unfortunately Brookes and his crew are unlikely to be able to blend into any crowd that doesn’t resemble a scene from the film Deliverance, though we really do expect them to “melt away.”

Brookes’ previous online boasts related to him and his ‘tough’ mates picking on some young women from the Manchester branch of the Revolutionary Communist Group. Now they think they can take on Leeds!

Perhaps the BPP should be asking themselves if Brookes is capable of doing a better job of protecting them than he did of protecting his old pal Mick ‘Belsen’ Sanderson, who was stabbed to death in a row with another friend of Brookes. With that track-record we’re not sure he’s even worth that two-bob banner.

The pictures above, together with the information below, should indicate just how good Mr Brookes’ ‘security’ is. The reality is that, just like the BPP, the RVF and the other idiots they’re bringing over to Leeds, are relying on the cops to protect them and will spend the day hiding behind them. Not that the cops will ALWAYS be there.


SMASH THE BPP – NO NAZIS ON THE STREETS OF LEEDS!
SATURDAY 18TH OCTOBER, 11.00AM
HMV, LANDS LANE, LEEDS CITY CENTRE


PDF leaflet for the Leeds demo:

PDF poster for the Leeds demo: