At about 3.30am this morning political activists with tipper trucks blocked the entrances to Israeli company Carmel Agrexco.

The tipper trucks dumped builders rubble across both gates of the company headquarters in Hayes; similar barriers are common in the Israeli-occupied West Bank. Carmel Agrexco is a 50 percent Israeli state owned fresh produce importer, and much of this produce comes from illegal Israeli settlements in the West Bank and Jordan Valley. In fact, 70 percent of all illegal settlement exports are made by Carmel Agrexco. 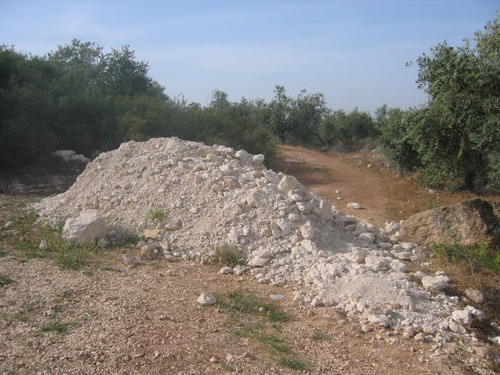 "Flying" Israeli roadblock in the Palestinian area of Tulkarem.

The action highlighted conditions in the occupied West Bank, where many Palestinian roads have been blocked by the military, frustrating even the shortest journeys between neighbouring towns and villages, to hospitals, universities, and schools. Carmel Agrexco bears responsibility for this state of affairs, as its continued operations in the occupied West Bank ensures the economic viability of the illegal Israeli settlements.

One driver commented: "This produce is illegal. Our government refuses to enforce the law, so we felt the need to act."

Carmel Agrexco has been the traget of a number of protests in recent years, and this action takes place to mark the Boycott Israeli Goods (BIG) campaign's Week of Action, which targets stockists and suppliers of Israeli produce. 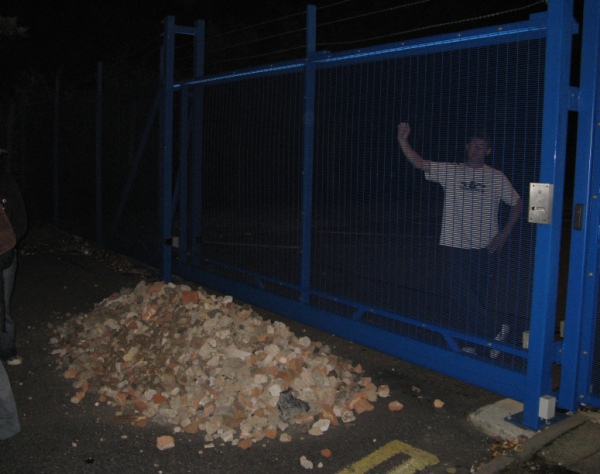 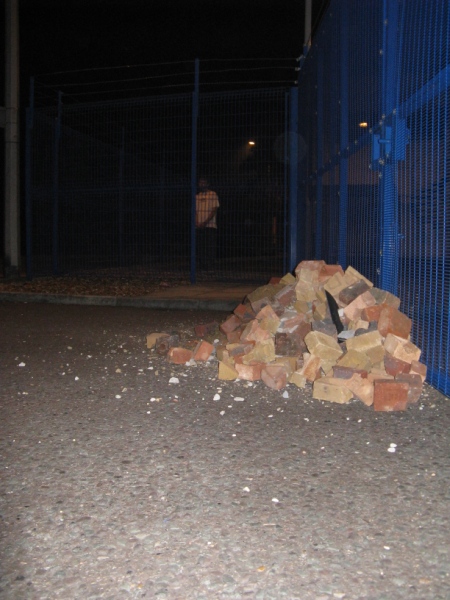 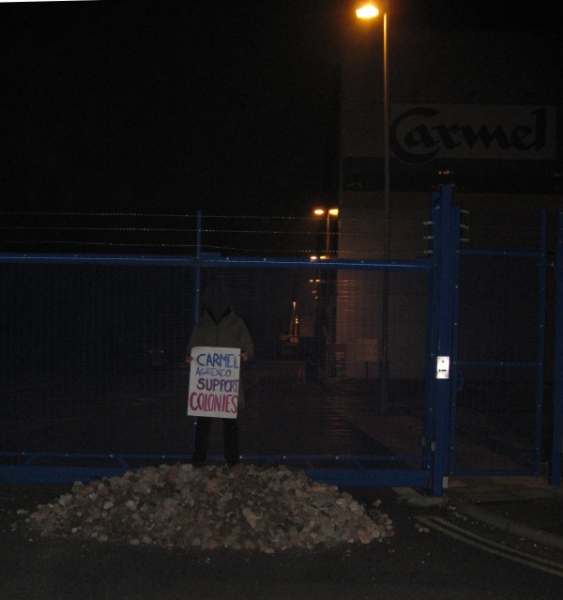 and nicely drawn parallels with the situation in Palestine. Good days work, i'd say.

Good work! Respect to all of you!

Both actions sound well cool. Any clues how long the tipper truck delivery blocked the gates for?

I arrived at about half past three, and the rubble was already there. I saw a grabber-truck presumably arriving to take it away as I was leaving at about six, so I would think at least three hours.