Saturday 27 September 2008 sees a march against the kraakverbod in Utrecht, Netherlands 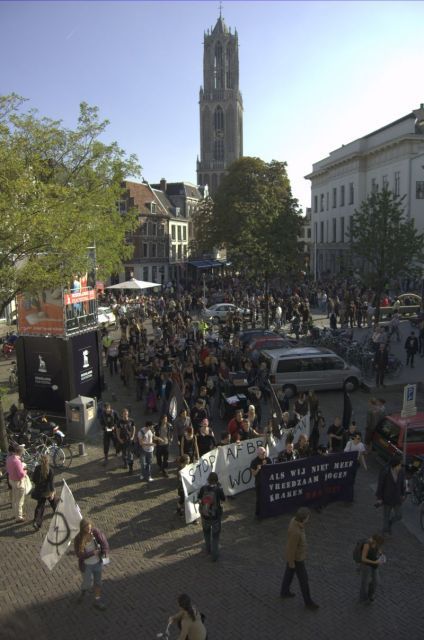 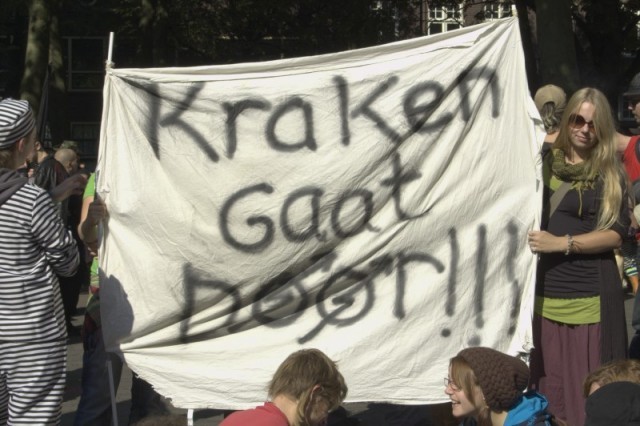 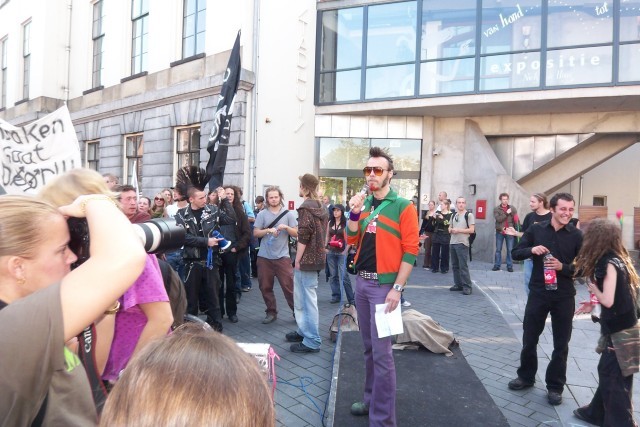 On Saturday 27 in the Netherlands, 500 people demonstrated for a better social housing policy and against the kraakverbod (a bill planned to ban squatting).

The march was organised by the Woonstrijd group and proceeded through Utrecht, passing by various projects, one example being the longterm squat Ubica. There were speeches and good weather!
Despite some mainstream press accompanying reports with pictures of stone-throwing squatters from other demos, the march passed off peacefully and in good humour.

A longer report in Dutch can be found here -