A series of three open discussions was organised in Autumn 2008 by the Riseup! Radio project in Nottingham. These were hosted by the Sumac Centre. They were recorded to enable a wider audience to engage with political discussion and reflection on grassroots approaches to the problem of climate change in the UK. 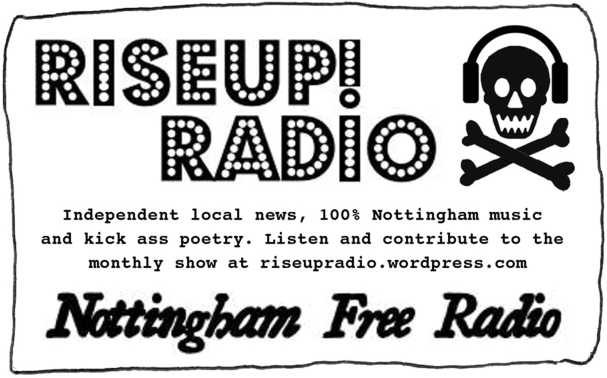 The debates examine the interaction of approaches that prioritise social change and those that appeal to centralised power, and ask: where does the movement for radical social change go from here?

This first debate looked at the problems associated with trying to bring about positive or necessary changes to the way we live by appealing to and working with existing power structures. How do we feel about the state and why?

Also discussed was how we frame issues around climate and injustice. Does a preoccupation with scientific facts and figures lead us to forget the real causes of climate change and poverty? Speakers included Andy Bowman of Manchester No Borders and The Mule and Red Pepper publications.

You can listen to the first Sumac Debate now at:

http://riseupradio.wordpress.com/the-sumac-debates. It will also be available for download from Friday.

This debate was recorded on Tuesday September 23rd at the Sumac Centre, Nottingham NG7 6HX. Two further debates will take place, on Tuesday 21st October and Tuesday 18th November. Look out for more details on our next discussion which will centre on Anarchism, details to appear on Indymedia and on the Riseup! Radio website.