The Menezes family is shocked by the news of Sir Ian Blair's resignation, as it comes in the middle of the inquest into Jean's death. 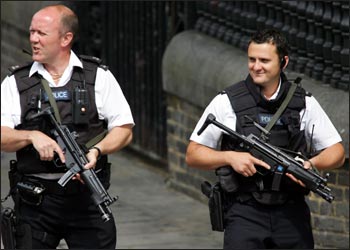 Statement on behalf of the Menezes family


The Menezes family is shocked by the news of Sir Ian Blair's resignation, as it comes in the middle of the inquest into Jean's death.

As head of the Metropolitan Police, Sir Ian Blair should have been ultimately accountable for the death of Jean Charles de Menezes. We believe he certainly bears responsibility for the lies told about Jean and the cover up by the police in the aftermath of the shooting. He even tried to stop the IPCC investigating our cousin's death. The lack of accountability of the country's most senior police officer is one of the most shocking aspects of this tragedy.

For Sir Ian Blair to state that he has resigned 'not because of any failures or pressures of the office' therefore reinforces our belief that he and the Metropolitan Police still refuse to accept full responsibility for Jean's death.

For the family, Sir Ian Blair resigning does not change anything. Our focus is on the inquest where we hope we can find out the whole truth about Jean's killing. We await the verdict and findings and hope it will bring us closer to justice and for steps to be taken to ensure that no other family has to suffer the anguish we have over the last 3 years.