TAG Aviation has published the result of its so-called consultation exercise for massive expansion of business aviation at Farnborough Airport. 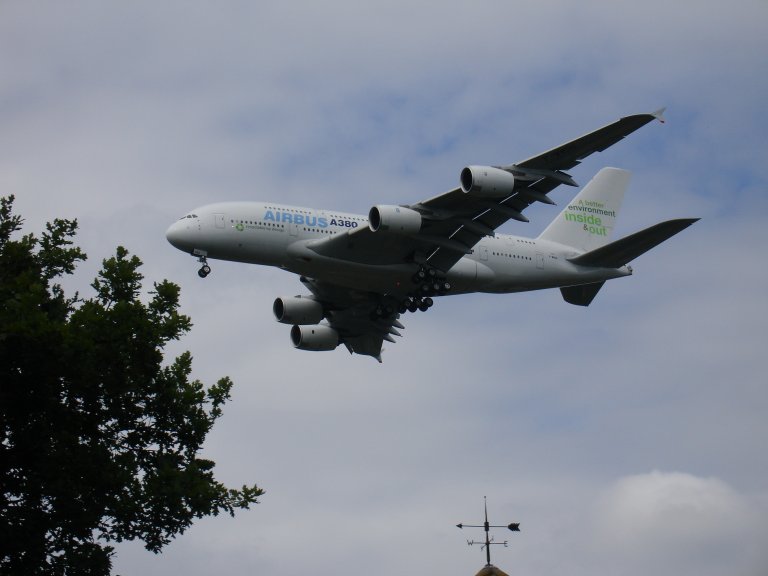 Earlier in the year, TAG Aviation saw their limits on weekend and bank holiday flights overturned by a planning inquiry. They were now free to double the number of these flights. TAG immediately announced their wish to expand business flights at Farnborough. During the summer, TAG carried out a so-called consultation exercise. As part of this exercise, a glossy booklet was published extolling the merits of business flying at Farnborough and the alleged benefits to the local economy.

TAG has now reported on their so-called consultation exercise, greenwash by any other name.

But even this exercise resulted in overwhelming public opposition. Especially so when it was in response to a very glowing account from TAG and that there is no effective local group opposing TAG.

A local opposition group published a leaflet during the so-called consultation exercise, apart from the fact it was so badly written as to be incomprehensible, it appeared to be backing TAG's expansion!

The undated leaflet entitled 'Farnborough Airport what will the Future Hold?' welcomed that TAG had helped secure the future of the Farnborough Airshow and falsely claimed it brought economic benefits locally and regionally. Then went on to welcome Farnborough Airport being used as the gateway for the London 2012 Olympics, and praised the fact that this could be done with a special exemption that breeched the planning limits currently in place on the airport and seeing the future as being other exemptions falling outside of planning control. Strange indeed for an opposition group. But then they display the worst type of nimbyism, never mind about global warming, what about our house prices and will we be compensated? No small wonder that many locally see them established as a front organisation, a spoiler to prevent the establishment of an effective airfield opposition group. A group more worried about rocking the boat than mounting any effective action.

TAG wish to see a move towards heavier aircraft.

The move towards heavier aircraft may result in less noise as there is no correlation between size and noise, but it will increase the risk to local residents as there is a direct correlation between weight and crash consequence. The risk of a crash is unique to each aircraft type and the frequency of movements, but should it crash, the damage caused is in simple relationship to the weight. The damage only takes account of the weight, not of the fuel carried, which for a long haul flight could be as much as 80 tonnes of highly inflammable aviation fuel.

The Boeing Business Jet is based on a Boeing 737, its fuel payload can be that of a Boeing 747!

The psychological impact of larger aircraft flying low overhead is greater than that of smaller planes.

One of the most ridiculous claims from TAG was their contribution to reducing greenhouse gases by their use of bicycles! If nothing else, it did little for the credibility of the Carbon Trust who were acting for TAG.

TAG Aviation has never been able to demonstrate any benefit to the local economy. The two nearest towns, Aldershot and Farnborough, are two towns in serious economic decline. No economic benefit there then. Though to be fair to TAG, the blame for the dire state of both towns lies fairly and squarely at the door of the local council, the Rotten Borough of Rushmoor, and and their piss-poor planning decisions which benefit Big Business and property speculators, not local people.

TAG is not a great employer of people. Airports like Heathrow and Gatwick employ large numbers in customs, immigration control, baggage handling, check-in staff and above all the shops and restaurants. There are none of these facilities at Farnborough.

Gatwick and Heathrow serve London. Likewise Farnborough. Passengers do not land at Farnborough then pop into the town centre and do a bit of shopping (if they tried they would find there is nothing there) or visit the local tourist attractions.

What tourist attractions? The tourist office that the council opened at great expense in Aldershot for non-existent tourists, now lies empty. Why would any tourists visit Aldershot or Farnborough, other than as an observation of bad town planning?

Maybe they drop into Jean Jean, one of the few remaining independent shops in Farnborough town centre, and pick up a bargain pair of jeans in their closing down sale!

To coincide with the UN World Tourism Day (Saturday 27 September 2008), the New Economics Foundation and World Development Movement published a joint report that once and for all demolishes the myths that aviation is of benefit to the national economy. Furthermore, it is of detriment to the world's poor.

The situation with TAG is far worse than the nef/WDM report suggests due to the low load factors and the inefficient use of this transport mode.

Any economic study of TAG would have to look at all the disbenefits as well as the exaggerated claimed benefits.

The noise levels retards the education of local school kids. The noise interferes with local businesses. The noise and stress induced, leads to increase in heart disease. All of which have a quantifiable cost.

The noise model used at Farnborough is inappropriate. It looks at average noise levels when it should be looking at peak noise levels and the frequency of those peaks.

The claim by the Planning Inspector who gave TAG the green light for uncontrolled expansion that the noise from the aircraft is masked by local traffic was to talk arrant nonsense and this was more than sufficient grounds for a Judicial Review on the grounds that the inspector was incompetent.

Equally nonsensical was the ludicrous claim by TAG that only half a dozen people are effected by the noise!

Currently not all movement at Farnborough Airport are counted. Excluded are helicopters, light aircraft, MOD and diplomatic flights, Farnborough Airshow. Any future revision or variation of the current planning conditions must include all these movements as they all contribute to noise, pollution and risk.

Any future planning, has to include a proper safety study, something to date that has never been carried out. The aircraft as they come in are brushing the rooftops, leaving little room for error.

Crashes occur at the end of runways. At the end of the runway we have residential Farnborough, including schools, a college, and old folk's homes.

The claim by TAG that they are not seeking massive expansion is laughable. It is as meaningless as their previous statements that they were willing to live within the existing caps. They even signed a legal agreement agreeing to these limits. A legal agreement they ripped to shreds when it no longer suited them. If nothing else showing that Section 106 legal agreements are worthless pieces of paper. Having overturned one limit, TAG are now seeking to overturn their other limits, in particular the 28,000 upper limit on movements.

Were TAG genuinely interested in working with local residents, one of their first steps would be to establish an effective airport consultation committee that meets regularly at a time and place convenient for local people, with the meetings well publicised. The committee should be one third airfield operator and users, one third local councils, one third local community. Currently the local councils are overrepresented and local community has just two seats.

Farnborough Airport what will the Future Hold , FARA, undated (summer 2008)