The Uk is fast approaching the 100th Suffragettes anniversary on the great parliament protest. Suitably, a demo is being organised to remember the date of October 13th when Emily Pankhurst and 23 other Suffragettes were arrested and thirteen men. What is different is the subject of the protest.

Instead of obtaining the vote one hundred years ago, it is now the environment and Kyoto II. 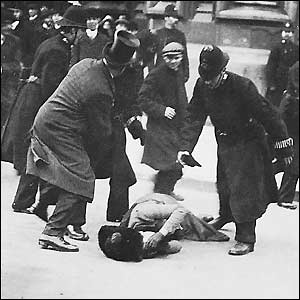 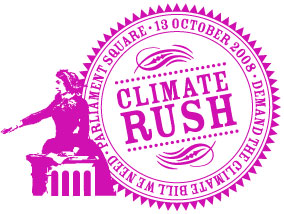 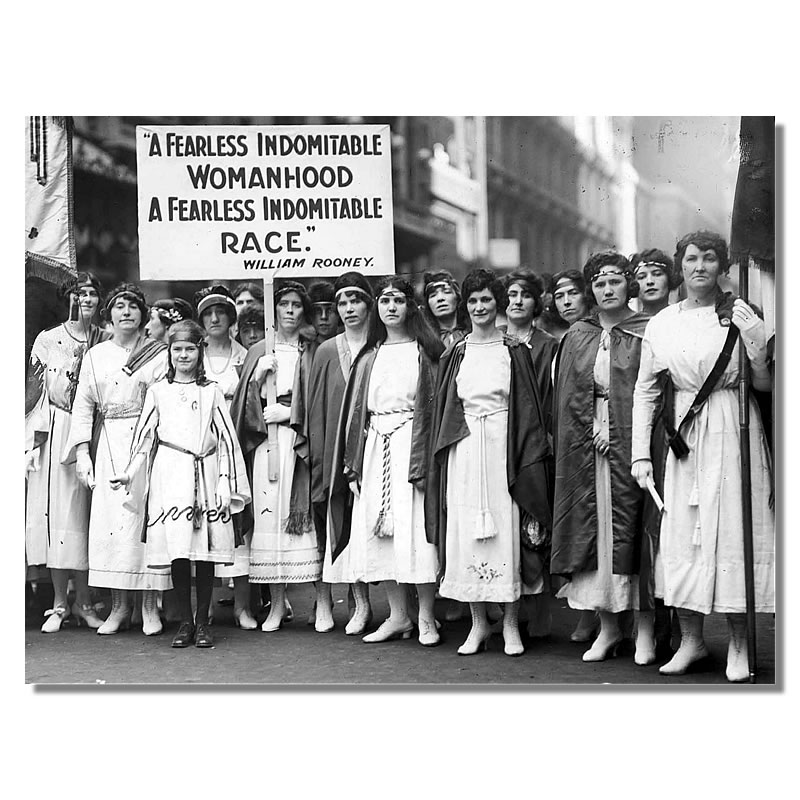 photo of the Suffragettes 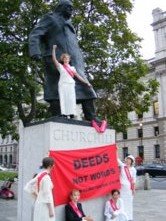 THE PLAN
Come to Parliament Square at 5.30pm on Monday 13th October.

Dress in white or wear period costume. One of our stewards will give you the Climate Rush sash.

If we have a hope of stopping climate change we need to work together - men and women - all demanding a better future.

A range of inspirational women have agreed to speak: Rosie Boycott, Caroline Lucas (MEP and leader of the Green Party), Joy Greasley (Vice-Chair of the Women's Institute), Sam Roddick, Baroness Tonge and more...

We will present Gordon Brown with the latest climate researchand our demands:

1. No airport expansion.
2. No dirty coal fired power stations.
3. Cross-party policy in line with the most recent climate research and science.

The UK government's official climate change advisers have raised the bar on ambitions to cut emissions.

The Committee on Climate Change (CCC) said a cut in greenhouse gas emissions of at least 80% by 2050 should include international aviation and shipping.

It said other industries would have to make up any shortfall in those areas.

Prime Minister Gordon Brown has intimated at an 80% cut, but ministers have been wary of counting aviation and shipping, where cuts are difficult.

Mr Brown hinted at the Labour Party conference that the UK would need to cut emissions to just one fifth of the current amount - a task of staggering ambition.