A group of several hundred people, mainly students took part in a lively anti-capitalist demonstration about the financial crisis in the centre of the City of London this afternoon. Photographs (C)2008, Peter Marshall, all rights reserved. 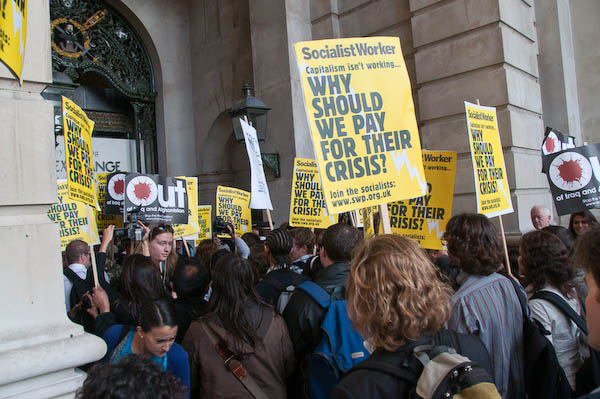 Going into the the Royal Exchange 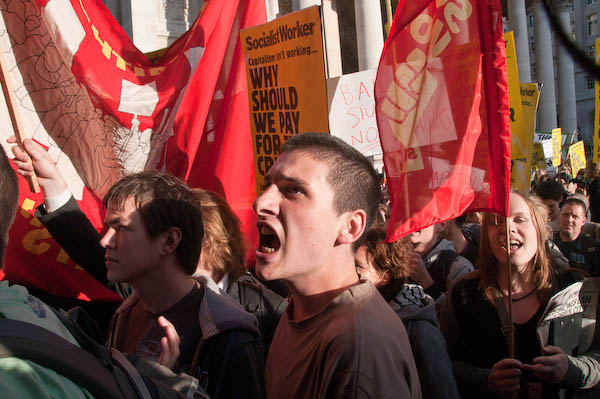 Into the Bank of England 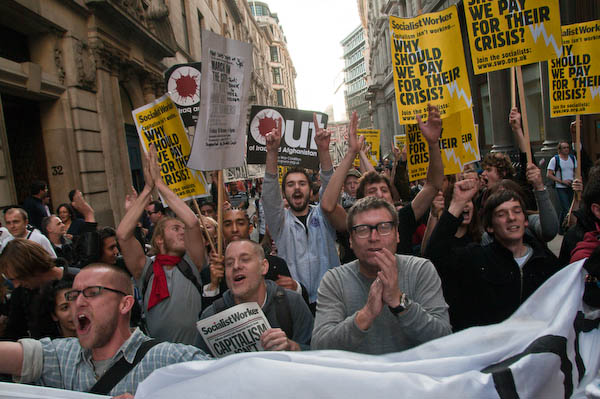 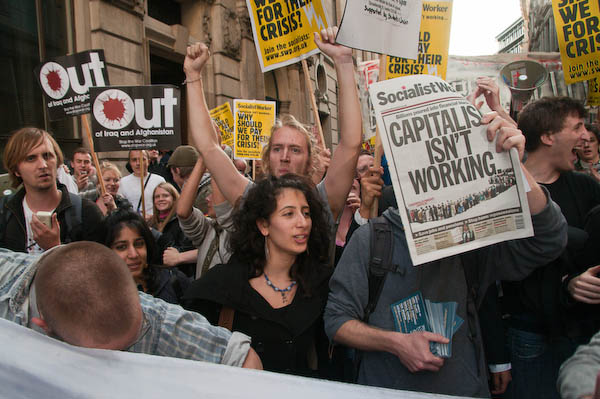 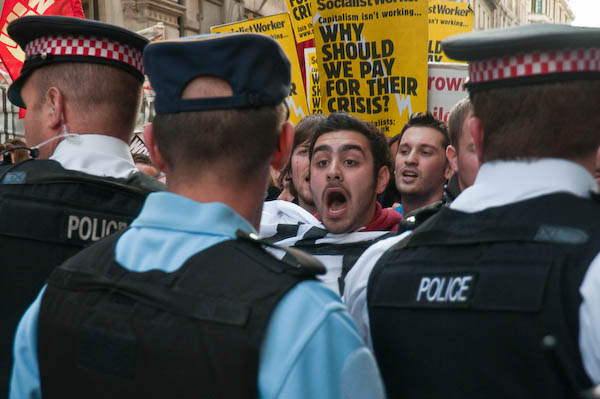 A French guest with the CIty police 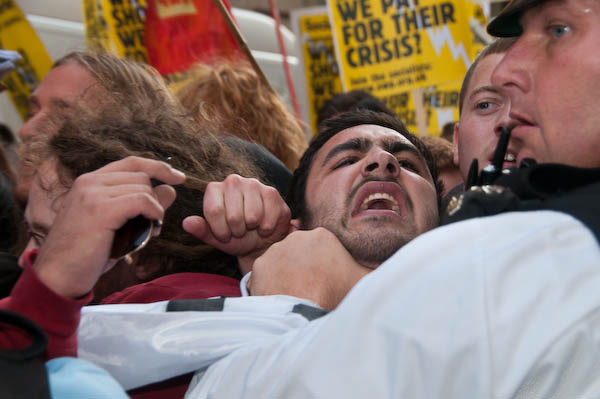 Excessive force in a choke grip 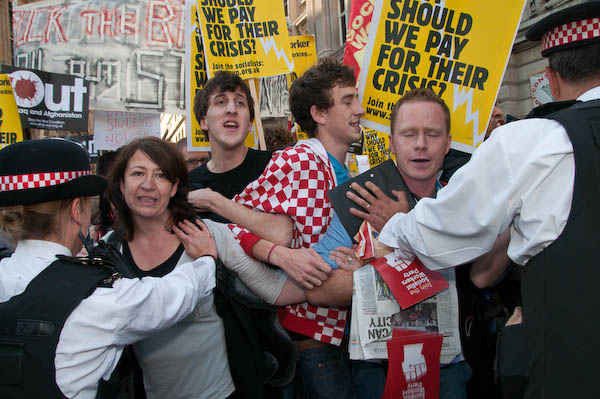 Marchers push through the police line 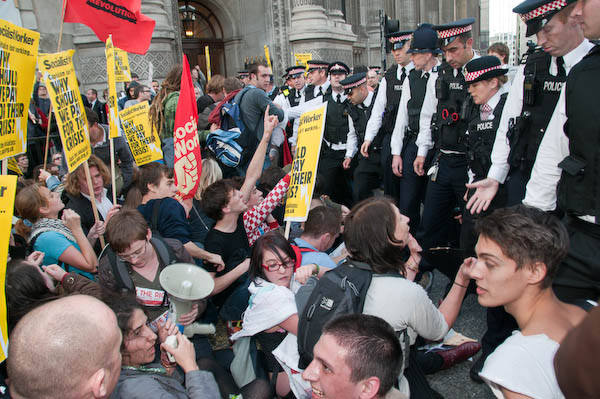 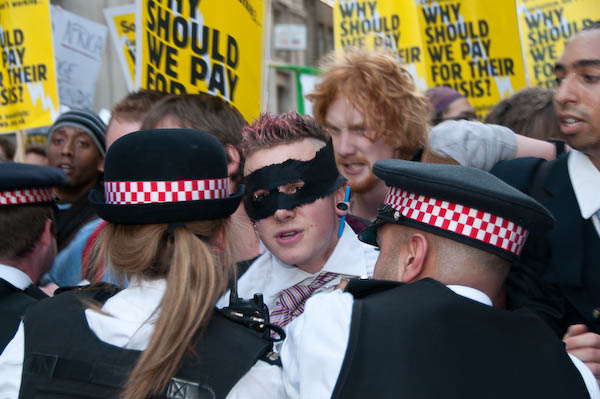 Rally at the end of the protest

The demonstrators attempted to storm a prestige shopping centre (The Royal Exchange) and the Bank of England but were quickly repulsed by police. They then went on a tour of nearby streets. There was a short sit-down as the protesters reached Bishopsgate, but most of the time they simply pushed through the rather thin police lines.

Apart from a few instances of individual tempers being lost (and some of the press covering the event had a few tricky moments - I got a few bruises by being pushed by police and my glasses were damaged) the atmosphere generally remained relatively calm, often resembling more a rather rough body-contact game such as a rugby scrum than anything more confrontational.

Eventually a short rally with speeches was held on the corner of London Wall and Bishopsgate, after which the demonstrators slowly dispersed. I didn't see any arrests and the police seemed fairly relaxed at the end of the event.

Contrary to reports elsewhere on Indymedia and some blogs, the demonstrators - perhaps surprisingly - were at no time anywhere near the Stock Exchange, around half a mile away in Paternoster Square.

http://mylondondiary.co.uk in a day or two. 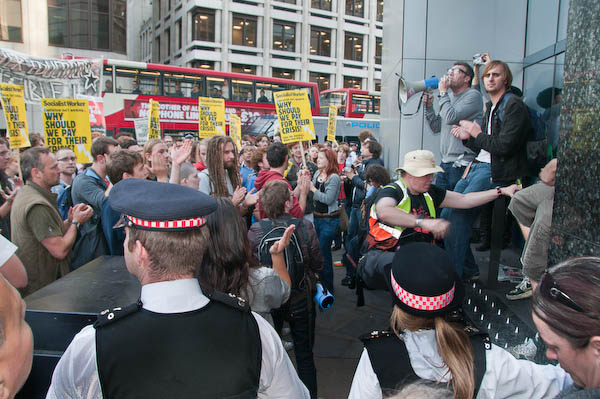 Rally at the end of the event

I uploaded the wrong file for the last picture, which was from earlier in the event - here's the correct one.