On Friday a demo in the City of London was met with far fewer MET than expected. So the mixture of trots, students and activists went on a tour of some of our more wealthy institutions, much to the alarm of the outnumbered cops who got increasingly sweaty over the next hour as they tried and failed to control the crowd. 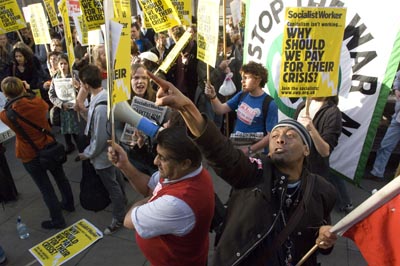 Outside the Royal Exchange. 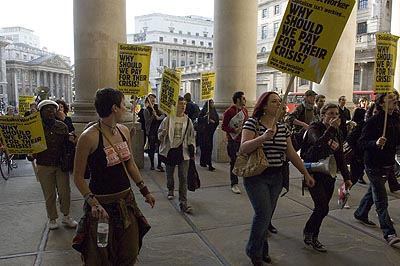 Heading Into the Royal Exchange. 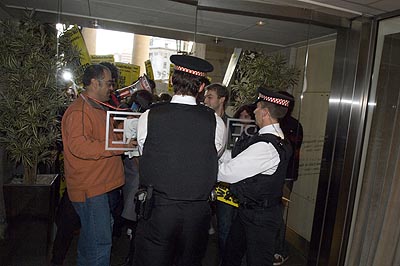 The doors of the Royal Exchange. 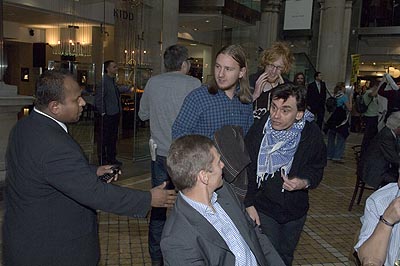 "You're all a bunch of merchant bankers!" 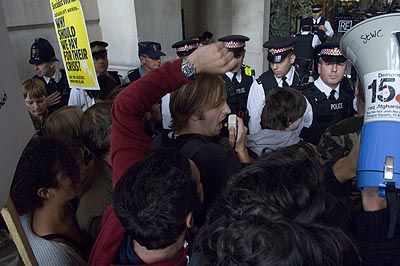 Meanwhile outside the front door. 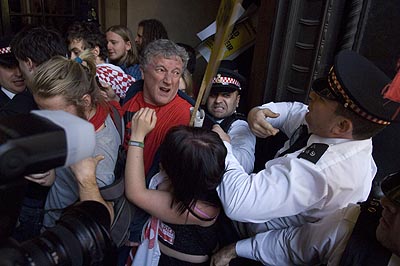 The side entrance of the bank of England. 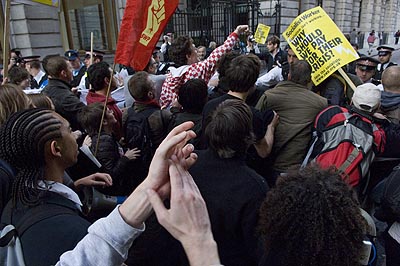 Heading down the road. 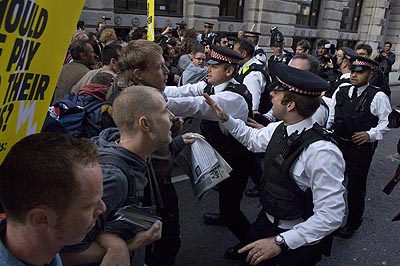 Facing a number of obstacles... 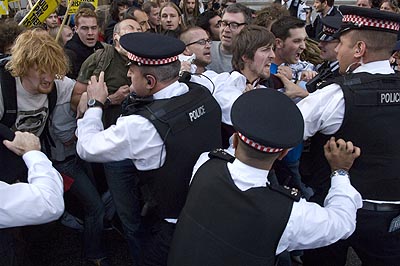 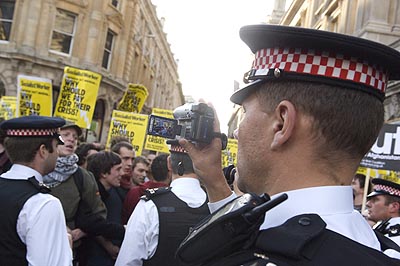 Cameras all over the City. 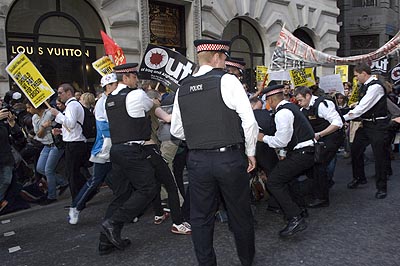 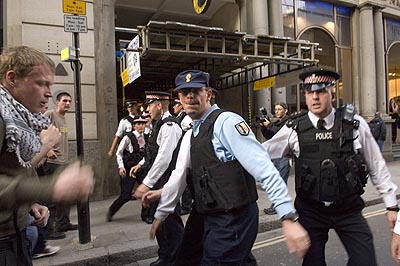 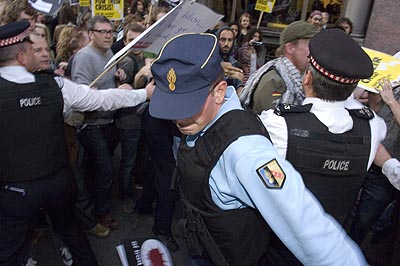 ...showing these ignorant brits ow to fight with finesse. 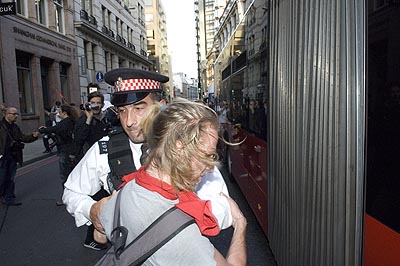 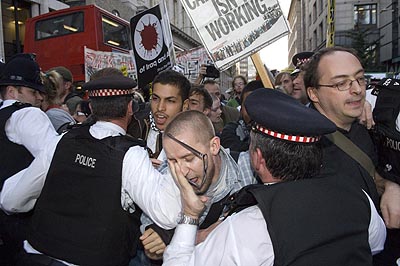 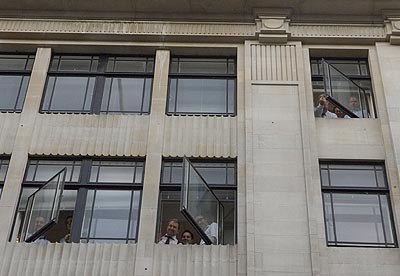 The Royal Exchange shopping centre was briefly invaded with the cops having to seal the main doors and throw the demonstrators out the back. Yuppie dining in the lobby were treated to some loud debate on the merits of capitalism before the protesters were evicted. There there was another bundle on the steps of the Bank of England side entrance as the cops tried to contain the crowd which then went for a march around the city blocking traffic and generally making a racket.

It seems that the MET have a mere 30 million invested in an Icelandic Bank. You could be forgiven for thinking that they were feeling the pinch already. I lost count of the amount of times I heard them on their radios demanding to know when the back up was arriving. One entertaining addition to the Police ranks was a French Gendarme, presumably on some kind of exchange? He seemed to enjoy getting stuck in to what was minor public order event compared to the riots that regularly hit France. So does this mean that somewhere in the Paris suburbs a homesick London cop is crouching under his shield as masonry and petrol bombs rain down from the balconies above?

The demo ended not far from Liverpool street with the crowd being allowed to leave gradually from a pen. Didn't see any arrests.