So following the rural riot above the EDO/ITT factory, the protesters headed back into town. Only to discover that the Police still had not learned their lesson when it came to turning a peaceful situation into a potentially violent one. More arrests were seen and another pointless kettle was made in between the level and the lanes. Most avoided it and took their buckets and spades to the beach... 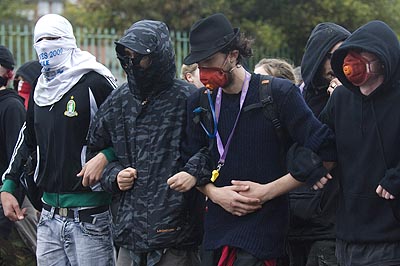 Back on the road into town. 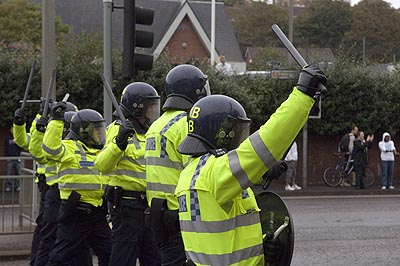 The cops make their intentions clear... 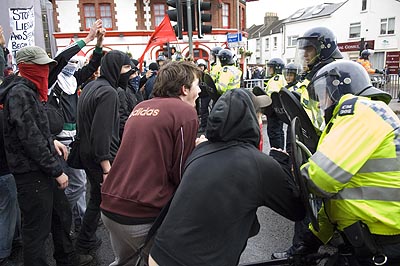 ...not anyone seems to be intimidated. 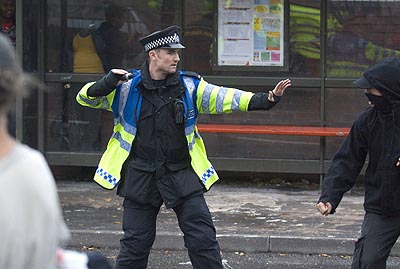 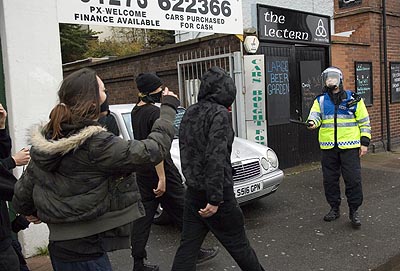 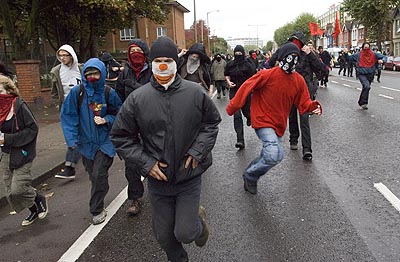 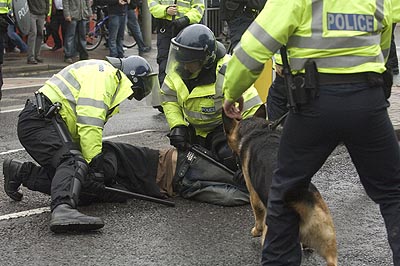 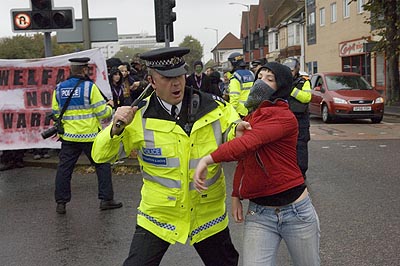 And generally pushed around. 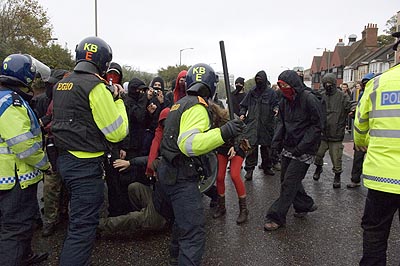 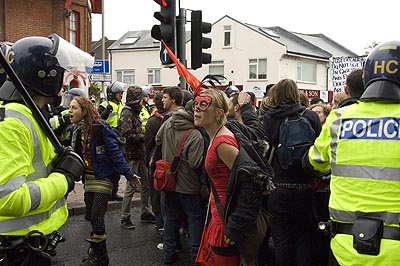 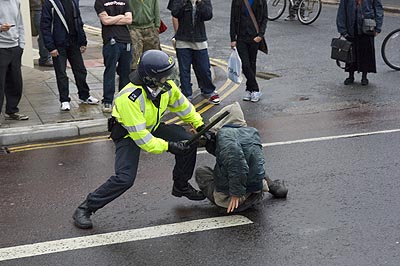 Batons in the afternoon. 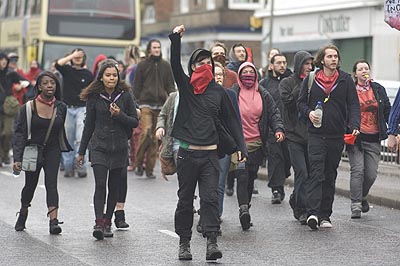 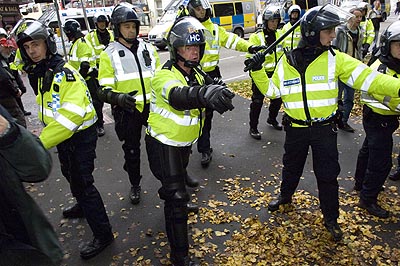 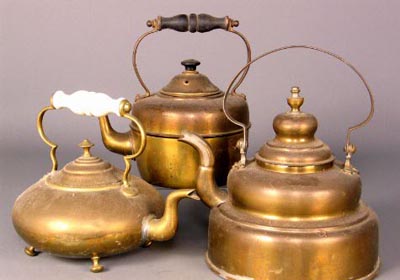 ...not to be confused with copper kettles.

By half two, the crowd on Lewes Road had begun to disperse and the police line had moved across the road, freeing up one lane of traffic. The remaining crowd were able to launch themselves down Lewes Road towards the Level. Fearing that 100 or so anarchists might not cause enough trouble, the cops kindly contributed towards the mayhem by sending some 25 vehicles to create a police traffic jam stretching halfway down the road.

When the converged marchers arrived at the Level (traditional end point of Brighton demos), police backed off, thinking that the crowd had had enough. As it turns out, the up-fer-it protesters saw the police begin to disperse and made a break for it to storm the city centre, with the local Army recruitment centre as a goal. Still singing and chanting, they carried on, pursued by police until they were finally kettled near Queens Road. Seeing their plight, locals started harassing the cops, kettling in the kettle and throwing food and water to the stalwart marchers. Police eventually followed the protesters to the beach for their final push, where they nicked a pebble-thrower.

With a total of around ten arrests, one sore scrotum, plenty of bruised knees, inflamed sinuses, and stinging eyes, the last 100 intrepid protesters completed the 5½ mile anti-arms trade mini marathon to bathe aching feet in the sea. Andrew Beckett, spokesperson said “We didn’t let the police control events. We went where we wanted, when we wanted. All the police from four counties weren’t able to stop us making our stand against EDO/ITT”.