The Guildford Book Festival is a ten day event running from 16-25 October 2008. 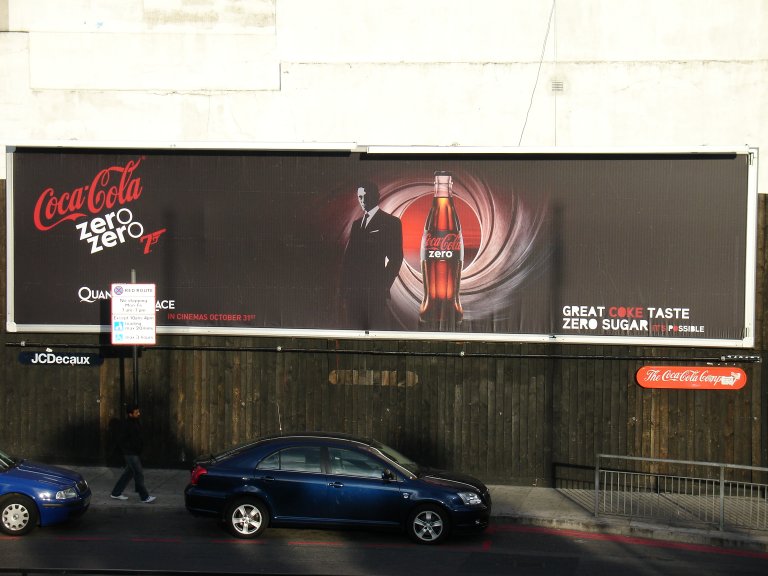 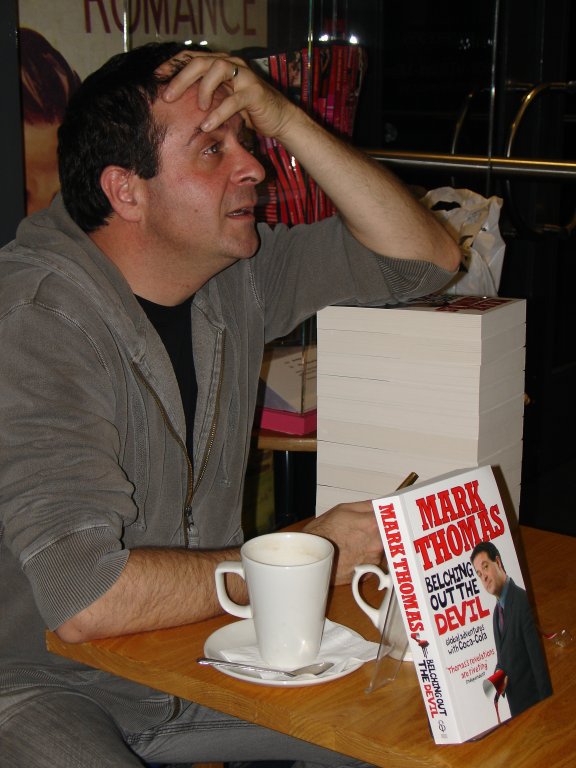 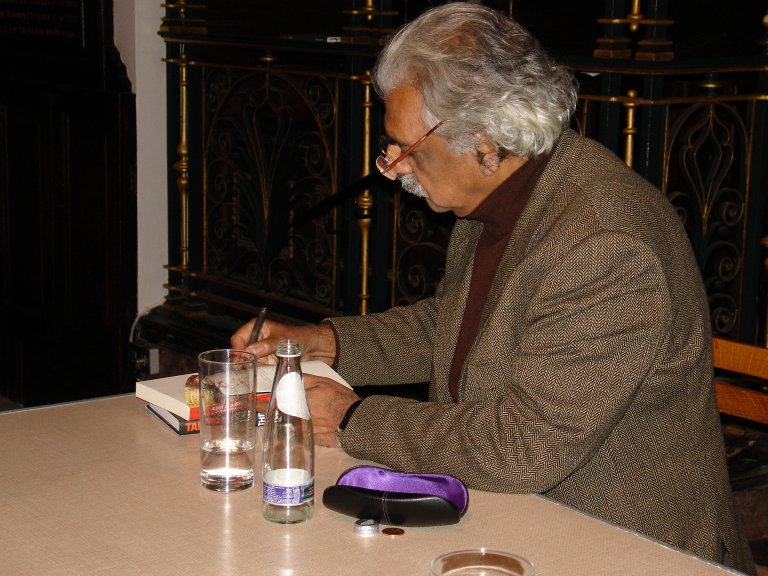 The Guildford Book Festival has a wide range to suit all tastes, from Mark Thomas and Tariq Ali at one end of the political spectrum to former Conservative Cabinet member and last British governor of Hong Kong Chris Patten at the other, with Misha Glenny (one of the few experts on the Balkans) somewhere in between. The event has a wide range of literary authors, from Mills and Boon at one end to R J Ellory at the other. The festival includes workshops for budding writers, including one run by local publisher Goldenford.

The Guildford book Festival has evolved into a major event on the book calender.

Mark Thomas kicked of the festival with a sell out performance at the Electric Theatre to launch his new book Belching out the Devil, a detailed expose of the activities of the Coca-Cola company. Para-military death squads killing trade unionists in Colombia, anti-competitive practices in Mexico, taking local water in Kerala and dumping waste on farmers fields and telling theme it is valuable fertiliser.

Mark told of a family of a trade union leader who he stayed with in Colombia. A man Coca-Cola falsely accused of being a terrorist, who spent 6 months in prison as a result of their false accusations, who has seen friends killed by para-militaries, who has received death threats, one of which is reproduced in the back of Belching Out the Devil.

Coca-Cola claim they invest large sums in countries like India. This amount is dwarfed by what Indians working abroad send back home.

At the end of the day Coca-Cola is a brand, its product fizzy sweetened water with a bit of colouring. Coco-Cola do not like what has been said about them. Mark has issued a challenge, any time, any place, more than happy to engage in a public debate. So far Coca-Cola has declined the invitation.

Why go for Coca-Cola? Because it is a global brand, its public image differs markedly from its private reality.

People were picking up books by the armful. Let us hope they spread the word.

For me, nothing new as I had written about these issues for Corporate Watch more than four years ago and met and communicated with some of the main players, but if Mark Thomas gets the message across to wider audience, then the more the better. [Killer-Coke Campaign, Corporate Watch news, 14 January 2004]

At the end of the day, Coke is just a fizzy sweet drink, that does us more harm than good. We do not have to drink it. We can just say no.

If Mark is doing his show near you, go along and see him, as it is well worth seeing.

After having a chat with Mark, I came away with a couple of signed copies of Belching Out the Devil to be given away as Christmas presents.

The following week Tariq Ali talked on Pakistan, now in the world spotlight following the death of Benazir Bhutto and the Taliban activity in the tribal areas on the Afghan border.

Tariq Ali, revolutionary firebrand of the 1960s, now a respected member of the establishment (well almost).

I was chatting with Tariq Ali about the lack of diversity in the media, that people like himself and Noam Chomsky or John Pilger, rarely appear. One assumes because they know what they are talking about.

In his opening comments, Tariq Ali spoke of the lack of diversity in the media, far narrower than it was a decade ago. We have many more channels, but less diversity. As a consequence, the British people are singularly uninfomed.

A classic example being the war with Iraq. There were those like myself who said we were being lied to, we were even able to document in some detail the extent of those lies. Later, we saw the extent to which we had been lied to. To date, no one in government has had the decency to apologise to the British public for lying.

We see this with Pakistan. The government sets the agenda and the compliant media follows the agenda.

The picture portrayed of Pakistan is of Muslim fundamentalists, jihadists, poised to take over a country and get their hands on nuclear weapons.

Jihadis are a minority, albeit a growing minority. They are little more than a nuisance.

Religious parties only get about 10% of the vote.

The biggest problems in Pakistan are poverty and corruption and an all too powerful military. With the death of Benazir Bhutto, one of the most corrupt people in the country is now the country's leader. People are starting to speak out on these issues, to question what is happening. A time bomb ticking away that one day soon will explode.

Benazir Bhutto had been groomed by the British and Americans to take control when the military faltered. She bequeathed her party to her son as though it was the family house.

60% of children are stunted. This is due to institutionalised malnutrition. Food is being smuggled across the border to Afghanistan.

Except for the rich, education and schooling is none existent. When a cleric offers to educate a boy, a poor family does not say no. That education will be a fundamentalist education.

The rich engage in vulgar display of their wealth.

Society in Pakistan is feudal. Unlike India, Pakistan has not carried out land reform and destroyed the feudal landlords.

The chief justice was unusual, he was the son of a poor man, a police officer, and rose through the ranks. He judged cases fairly, an anomaly in Pakistan.

When he demanded of the head of the intelligence service who was forced to appear before him that a man they had kidnapped and disappeared be brought before his court else the intelligence chief be put in prison, the man was brought before the court. There was no evidence to justify his arrest. The British had requested it. The man was released. The British and Americans demanded the chief justice be fired. When he was fired, the people took to the streets.

The border between Pakistan and Afghanistan was drawn by the British. It crossed across tribal groups. On the ground there is no border, tribal people have always moved freely across the border.

A copy of his latest book The Duel: Pakistan on the Flight Path of American Power I did not buy as not far short of twenty pounds, too expensive.

The talk was hosted by Amnesty International in Holy Trinity Church at the top of Guildford High Street. Their next event at Holy Trinity Church will be 1930 Tuesday 25 November 2008 to commemorate the 60th anniversary of the signing of the UN Declaration of Human Rights. Speakers will include Caroline Lucas, Bruce Kent and Carole Seymour-Jones (chair of English branch of PEN).

Last year at the book festival Amnesty had a series of reading from writers including Turkish writer Orhan Pamuk.

There is a connection between these two talks. After 9/11, we learnt the world hated us. The global meltdown tells us there is something wrong with our global, corporate economic system. If it ain't broke, don't fix it, but if it is broke, then it sure needs fixing.

I would have liked to have gone to the event with Misha Glenny, but I had to be elsewhere.

E J Ellory clashed with the Anarchist Bookfair in London.

It was also badly organised as eleven authors all at the same event on the same day, of which for me only E J Ellory was of interest. E J Ellory is author of the very powerful and moving A Quiet Belief in Angels.

Usual at events like this, books are at a discount. If nothing else people buy because they are getting a bargain and they have the added bonus of getting it signed. The local Waterstone's were handling the book sales and all the books were full price. Off the record, the staff said they have no leeway, policy is determined by head office. At the Mark Thomas event, is there a discount was asked if we buy three. The answer was no. Looking in Waterstone's a few days later, Belching out the Devil was on a buy two get one free! And the offer had been running for the last couple of weeks.

Booking for any of the events was a nightmare. The box office at the Electric Theatre is not open in the evening unless there is a performance, as I found out when I tried to book a ticket for Mark Thomas. Nor could I get through to the box office by phone. In desperation I called the Tourist Information Office and manage to secure the one and only remaining ticket.

The future of book festivals like Guildford is in doubt if more publishers follow the example of Random House and refuse to cover their authors' expenses unless covered by book sales.

The next festival in Guildford will be the 10th anniversary of the Guildford International Music Festival, 6-28 March 2009.