Eight protesters began a roof-top protest in the Bristol offices of the arms manufacturer Raytheon. 34 hours later, two people remain on the roof basking in the sun and reminding Bristolians of Raytheon's hideous trade... 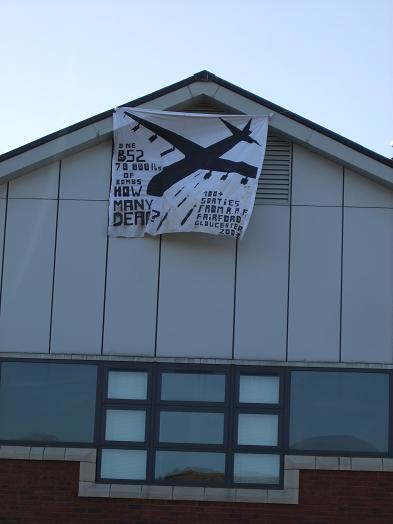 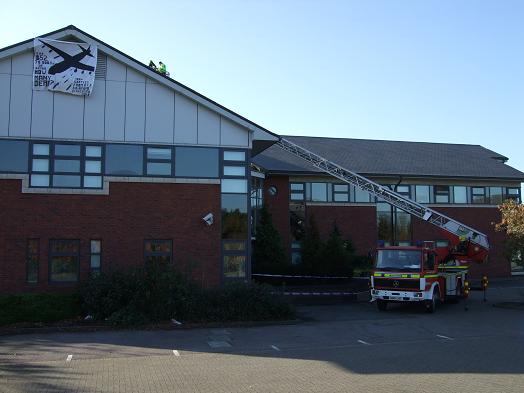 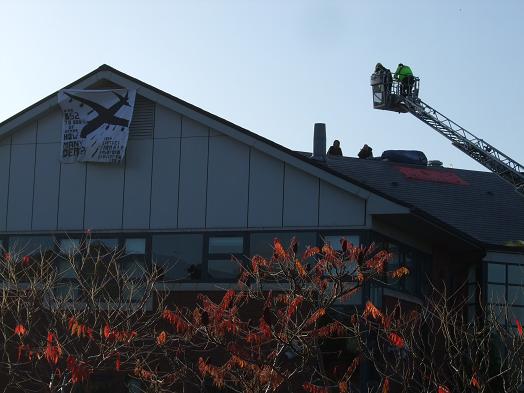 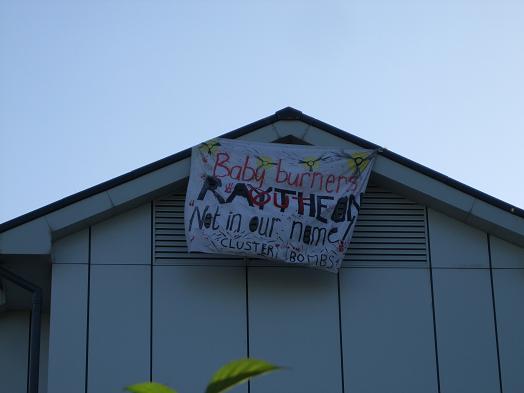 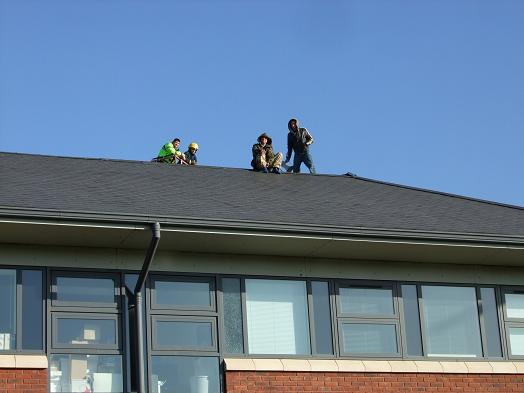 The two protestors going strong. You can see a policeman and a fireman in the ba 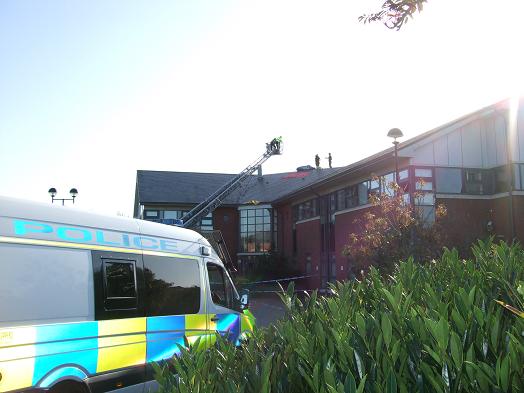 Two protesters remain on the roof of Raytheon's Bristol offices. They're there because Raytheon produce some of the most hideous military hardware imaginable (they claim to be world leaders in "smart" hidware). Bunker busters and cluster bombs being just two examples of their lethal hardware.

Their hardware wasn't smart enough to avoid 62 civilians in Iraq:

As CAAT reports, "Raytheon is the prime contractor for the Tomahawk cruise missile and the JSOW AGM-154, both of which deliver BLU/97B submunitions." (that's cluster bombs to you and me). They've got a regular stall at DSEi:

And do you remember Israel's little bombing frenzy in the summer of 2006? When they blasted Lebanon to smithereens? Well Raytheon's hardware played its part:

All that seems reason enough to protest Raytheon's presence in Bristol. In fact plenty of people have been protesting against Raytheon. Nine fine folk from Northern Ireland were recently (June 2008) "acquitted in Belfast for their action in decommissioning the Raytheon offices in Derry in August 2006. The prosecution could produce not a shred of evidence to counter our case that we had acted to prevent the commission of war crimes during the Lebanon war by the Israeli armed forces using weapons supplied by Raytheon."

The rooftop protesters want Raytheon, and the rest of the world to know, that there'll be protests every Thursday at Raytheon's offices in Bristol. Let's give 'em hell!

Bristol IndyMedia has regular updates on their front page: