Several hundred people, including many family members and friends of those who have died in suspicious circumstances in police custody, prison and 'secure' mental health facilities, marched at an appropriately funereal pace through the centre of London this afternoon (25 Oct 2008.) Pictures (C) 2008, Peter Marshall, all rights reserved. 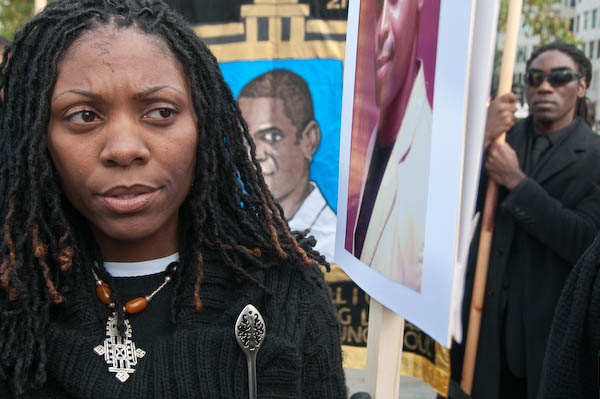 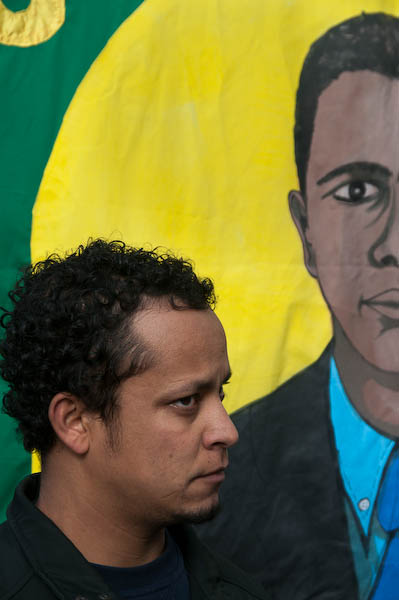 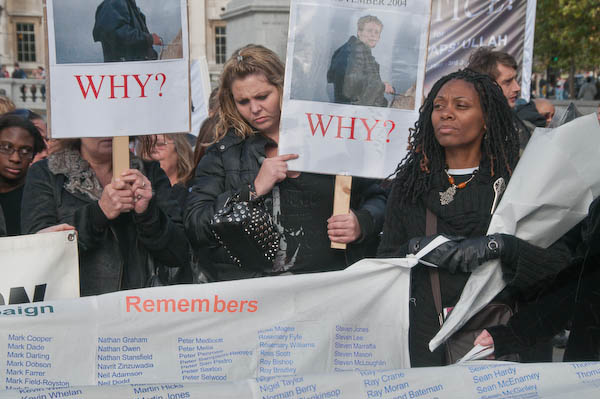 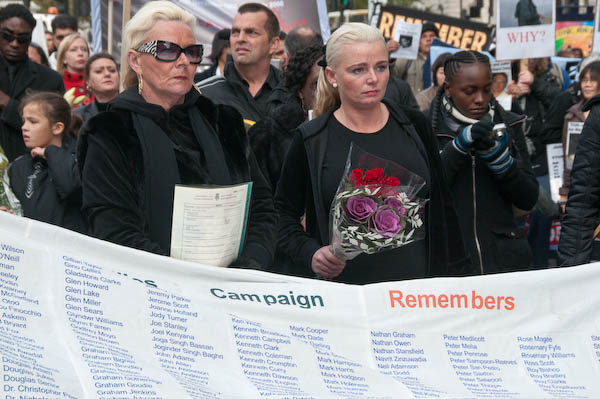 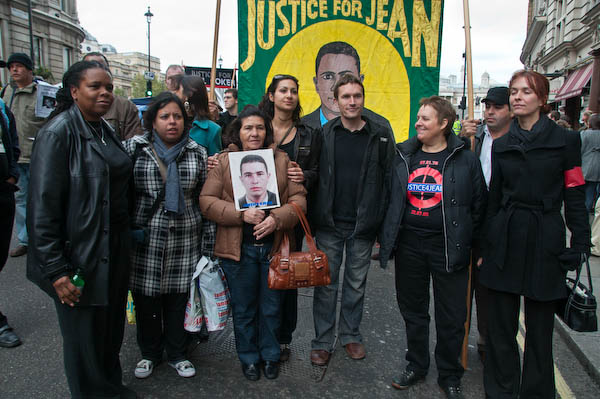 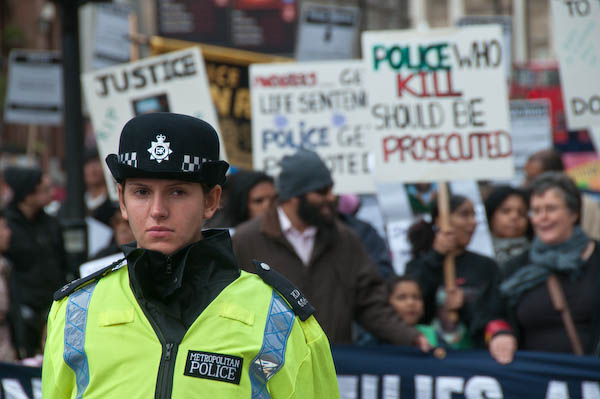 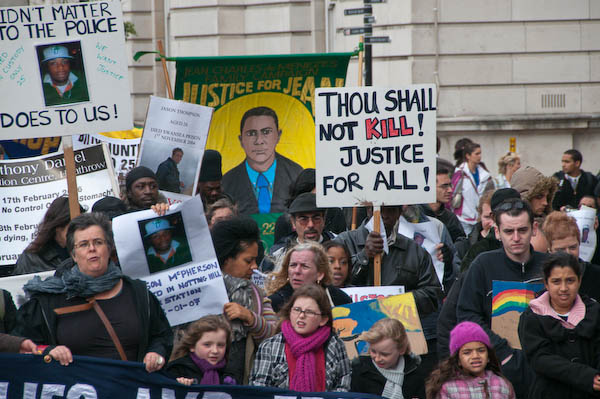 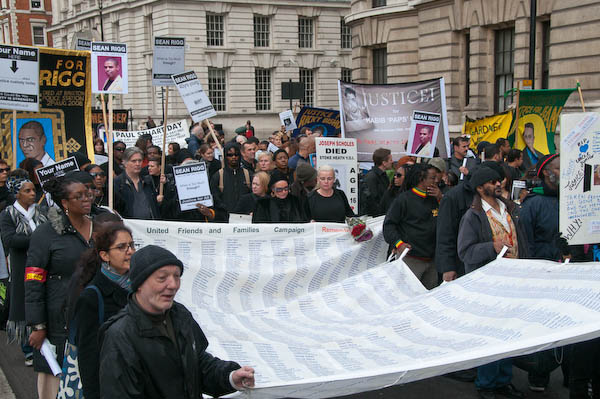 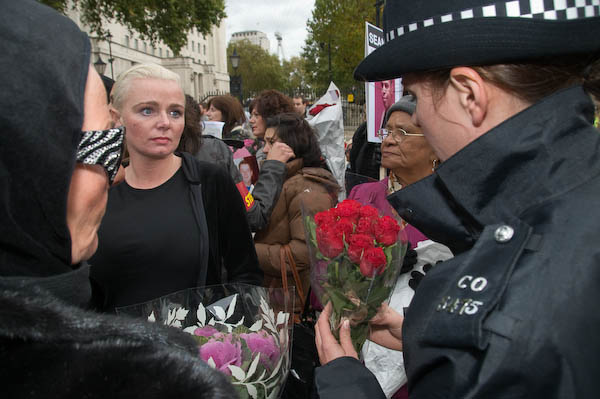 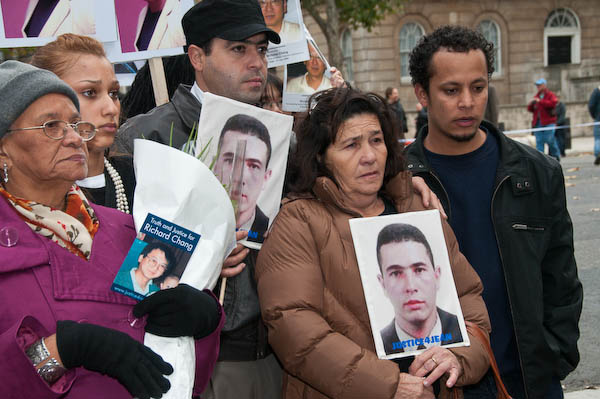 Laying the bouquets at Downing St 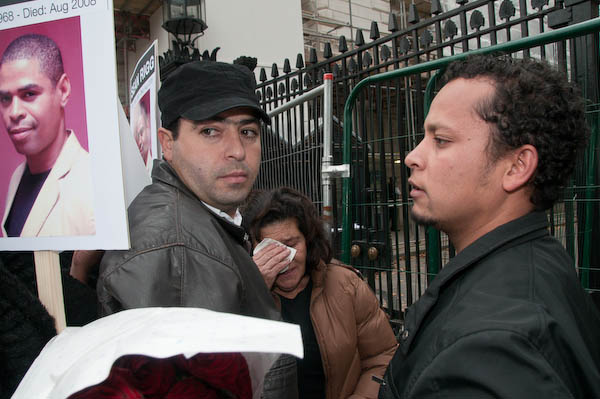 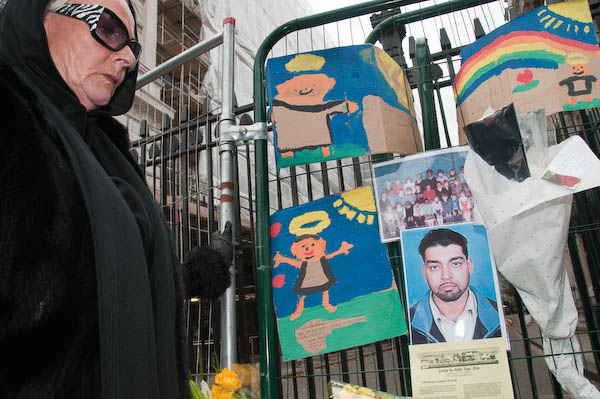 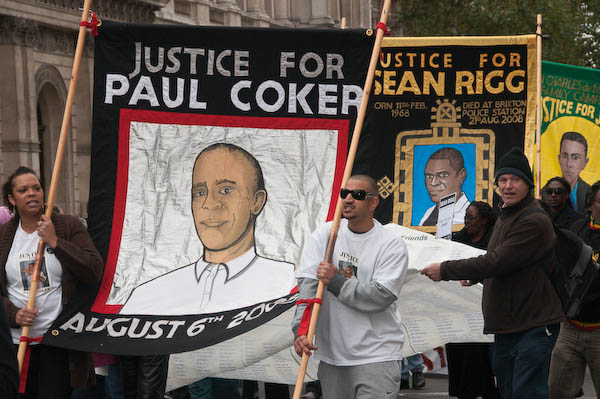 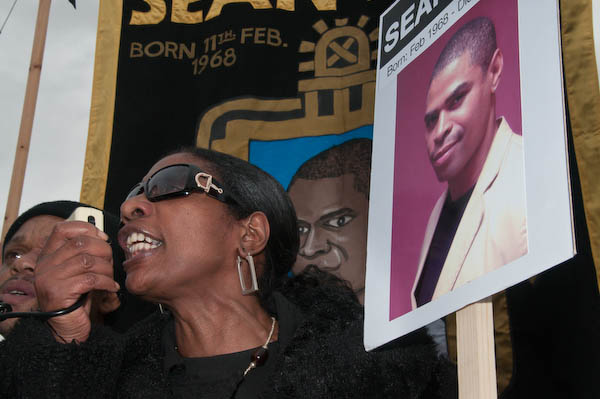 Rally calls on Parliament for action 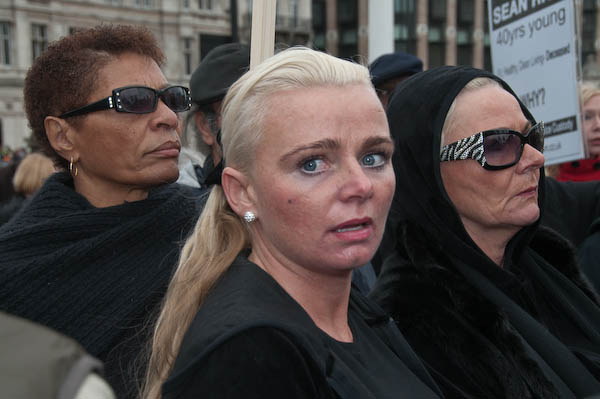 Women in black at rally in Parliament Square

For many of us at this annual event, there was this year an added sadness and grief in the absence of a dedicated campaigner on this issue, Pauline Campbell, who devoted herself to the cause after her daughter died because of the neglect of the authorities in Styal prison in 2003.

Many of us heard Pauline speak at previous annual marches organised by the United Families and Friends of those who have died in custody and had come to know and respect Pauline through her single-minded campaigning.

News of her suicide at her daughter's grave this May came as a shock (but not a surprise) and it was appropriate that she was remembered at the start of the march in Trafalgar Square.

Pauline was one of many whose name was not listed among the over 2500 people who have died in care of police and prison staff, either through violence or neglect, but her and many other deaths are also very much a result of their actions.

Despite the publicity achieved by this campaign, and various investigations by the media, inquest verdicts and other enquiries that have made the damning evidence crystal clear, nothing seems to have changed. Racism, the lack of a proper culture of care and an almost complete lack of accountability mean that healthy people, mainly but not all black, continue to die in police and psychiatric custody and in prisons and there is no justice for them. In the past year there were 182 such deaths recorded, and the banner carried in the march listed over 2500 who have died.

The march made its way in silence down Whitehall to Downing Street where, after the bouquets had been subjected to a police examination, family members were allowed to come forward and fix them to the gates in front of Downing St, where police had agreed they would be allowed to stay until the end of the protest.

Among those taking part were the family of Jean Charles de Menezes, The inquest on his death continues.

Outside Downing St the marchers were encouraged to give vent to their feelings and make a great noise, before continuing to march, now chanting, to Parliament Square where there was a rally at which a number of people whose family members had been killed made pleas for justice to be done.

A fitting tribute to Pauline and a concise report. A number of family members of people killed in police custody spoke at Parliament Square after the procession, including the sister of Jason McPherson, who died of a asthma attack whilst being held down by 10 cops in police custody after being prevented from being allowed to have use of his inhaler despite repeated pleas.

I said re: the death of Jason McPherson that he died of an asthma attack.
Just like to retract that now.
This has NOT definately the case as the post-mortem has still not been finalised and so the cause of
Jason's death is still not properly established.

A further correction which needs to be stated is that his death took place in January last year, not this year as previously stated.

Jason was heard asking for his inhaler by his friends whom were arrested with him and because whilst being held down by the police his mobile was turned on and rang through to his mother whilst this happened and his mother heard it all. Jason was also heard saying the words: "get off me, I cant breath".