Spooks and spectres gather outside Canary Wharf on Halloween to carry out a haunting outside Lehmans at 25 Bank Street to wail at the financial crisis gripping the living at the witching hour. 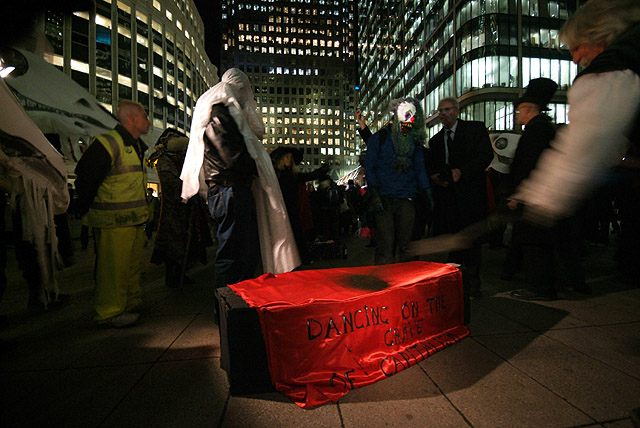 Dancing on the grave of Capitalism. 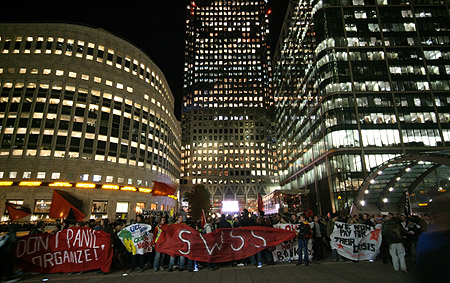 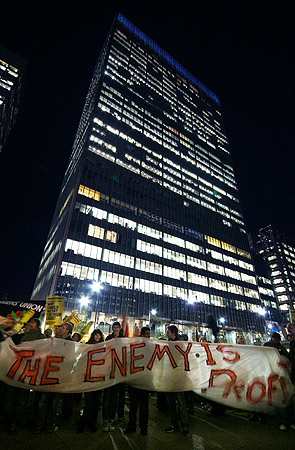 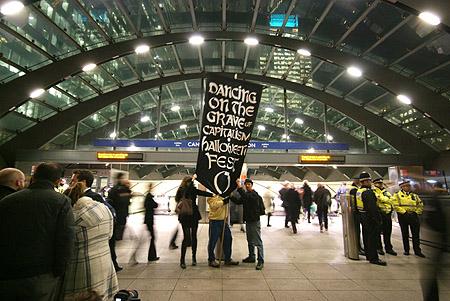 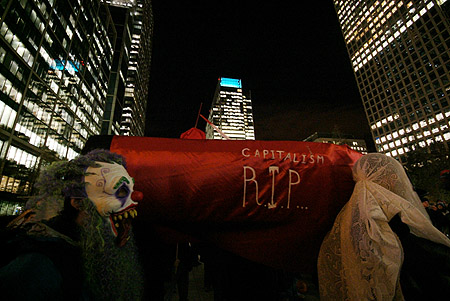 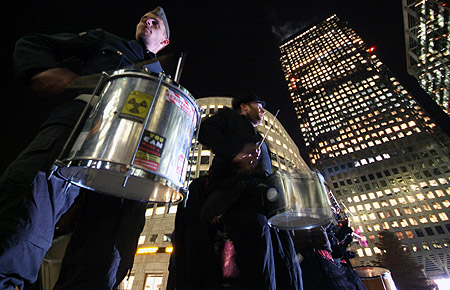 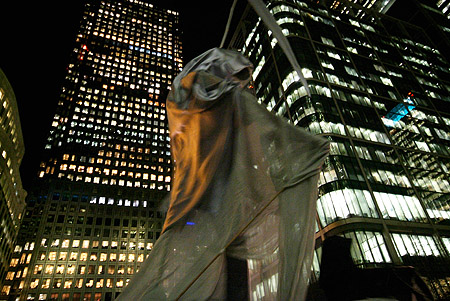 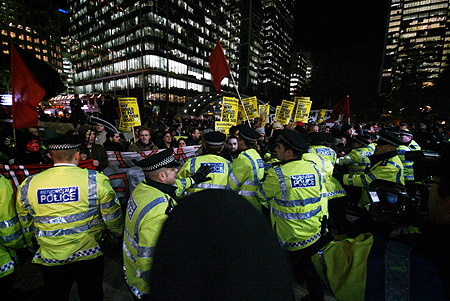 Police clash with the crowd. 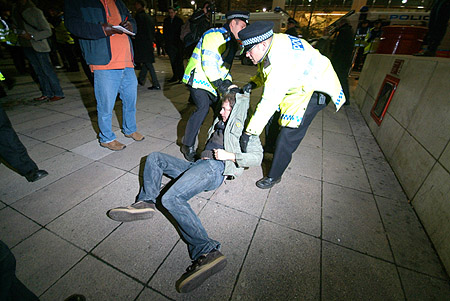 Carrying out an arrest.

Spooks and spectres gather outside Canary Wharf on halloween to carry out a haunting outside Lehmans at 25 Bank Street to wail at the financial crisis gripping the living at the witching hour.

They bring with them a coffin which is covered in earth to symbolise the death of capitalism which is then carried around the Square.

The protest is called as the financial crisis goes on apace with the FTSE now at a record low and the US dollar severely devalued on the money markets.

In the UK, the British banking industry continues to try to shore itself up with money from foreign investors with Barclays bank seeking over 7 billion GBP from financiers operating out of the Middle-East.

fantastic pics, thanks for posting

i'm after a little advice please. how do you take night time photos of cops with reflective strips on their uniforms without the flash reflection flooding the image as normally happens, like this?

http://www.indymedia.org.uk/images/2008/10/412032.jpg
(not my pic)
maybe you're not using flash in all your pics but the bottom one at least certainly looks like flash and shows no washout at all.

The short answer to your question is that the last picture does have flash to light it but the flash isn't mine, its somebody elses. The reason that it isn't all washed out is because the flashlight is reflecting off the reflective strips on the officers uniforms and away from my lens.

The reflective strips will only flare-up if the light bounces directly back to you.

The cop on our left in the arrest photo is wearing a forward intelligence team uniform. Do you have a higher resolution version that shows his numbers and face?

In the meantime in Amsterdam, the Netherlands