A new video has been released (attached), from sources unknown, of the collapse of World Trade Centre Building 7 on September 11th 2001. Previous videos of the collapse ( 1 | 2 | 3 | 4 | 5 | 6 ) were from angles that didn't show the lower section of the building as clearly as this new one does. 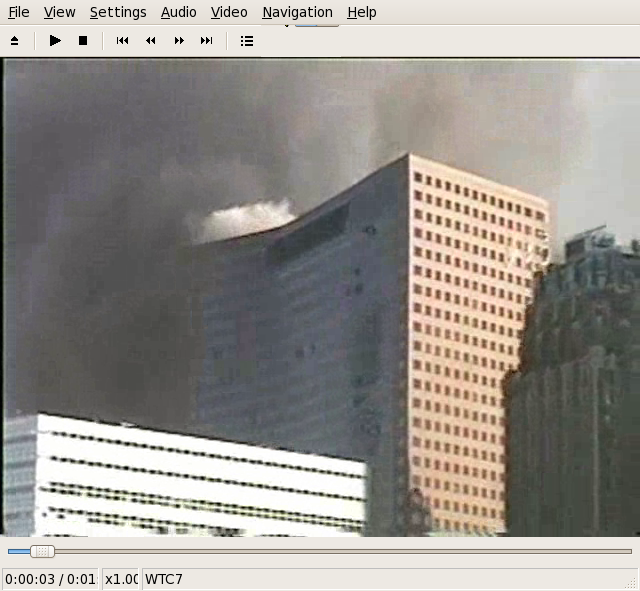 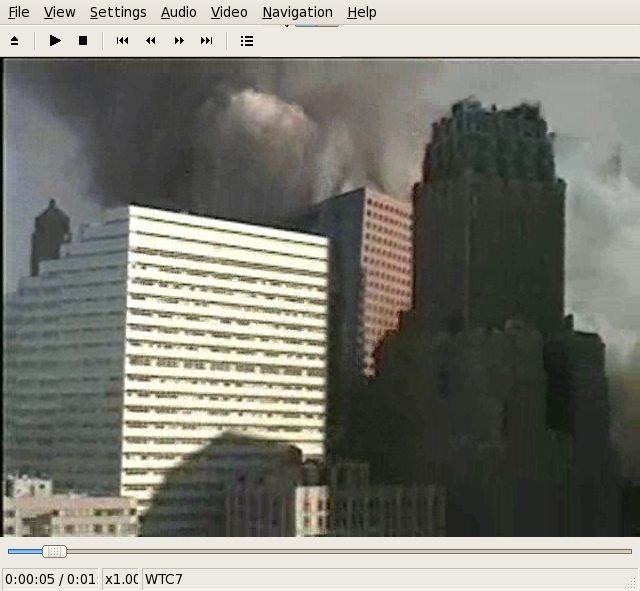 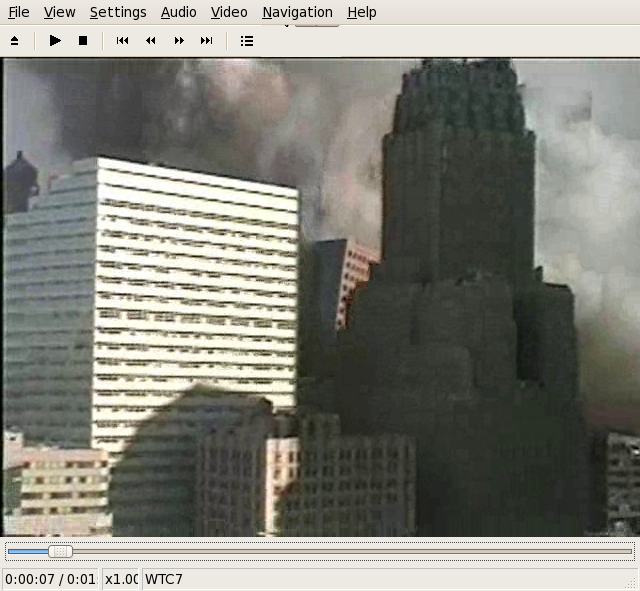 For more background on WTC7 see the WTC7 section of this 2006 feature article which contains:

The key piece of evidence cited to support the conclusion of a controlled demolition consists of an analysis of the physics of the collapse -- the building dropped with an acceleration very close to that of gravity. Measurements and calculation have been presented on 11syyskuu and by Heikki Kurttila, a Finnish Doctor of Engineering and accident researcher and by Kenneth L. Kuttler in the Journal of 9/11 Studies. The only way to achieve a collapse of this nature -- one which involves the whole building coming down at close to free fall speed, is for all the structural columns to fail simultaneously. This is not something that could be expected to be caused by fires, especially ones which hadn't even spread across a whole floor, the most plausible explaination does appear to be that it was a controlled demolition.

Since that was written Architects Engineers for 9/11 Truth has formed and they have a page on WTC7 and Richard Gage, the AE911 founder is speaking in London on Thursday.

Another bit of evidence that surfaced since 2006 was the footage of the BBC announcing the collapse of WTC7 20 mins before it imploded.