The Americans are more interested in destabilizing the Bolivian government than in suppressing the cocaine trade. President Morales shuts down the DEA and expels the U.S. ambassador. 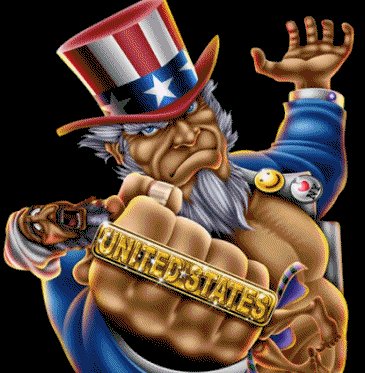 "Washington is the last place to seek help in combating the drug trade."

The biggest joke in international affairs is that the U.S. government is an enemy of the drug trade. The opposite is true: since the end of World War Two, U.S. foreign policy has been a prime engine of the global cocaine and heroin business. The drug trade has prospered in tandem with U.S. policies of regime change and subversion, as American "intelligence" agencies made common cause with the criminal classes of every nation they touched. Hitched as it is to U.S. mechanisms of global control, the international drug trade can fairly be described as a manifestation of American power.

How else can one explain why the world capitals of cocaine and heroin - Afghanistan and Colombia, respectively - are also virtual dependencies of the United States. The U.S. is the Godfather to the world's two biggest narco-states. It logically follows that Washington is the last place to seek help in combating the drug trade. Evo Morales understands this harsh reality all too well. He's the President of Bolivia, the leader of that country's indigenous majority, and at the top of Washington's regime change hit list. Morales expelled the U.S. ambassador and shut down the U.S. Drug Enforcement Administration's operations in Bolivia, charging the Americans are more interested in destabilizing his government than in suppressing the cocaine trade. Morales is a close ally of Venezuelan President Hugo Chavez, Washington's nemesis in Latin America, as is Ecuador's president Rafael Correa. The U.S., through its various agencies and money-pockets, has encouraged business interests to agitate for secession of the more prosperous regions in both countries, thus threatening not only presidents Morales and Correa's governments, but the territorial integrity of their nations.

"Bolivia has been doing a much better job at controlling cocaine exports than Colombia, America's puppet narco-state."

No, the U.S. is not about the business of curtailing the drug trade in Latin America. It's all about keeping the southern hemisphere safe for U.S. corporations, especially the gas and oil extractors.

In retaliation for kicking out the DEA, the U.S. has placed Bolivia on a list of countries that aren't doing enough to fight illegal drugs. But according to the United Nations, Bolivia has been doing a much better job at controlling cocaine exports than Colombia, America's puppet narco-state. UN figures show Colombian coca production went up 27 percent last year, compared to an only 5 percent increase in Bolivia. The U.S. props up the murderous narco-regime in Colombia with billions of dollars a year, but tries to overthrow the government in Bolivia, which seems to have coca under control.

Colombia is in Washington's good graces because its rulers kill leftist guerillas, massacre poor villagers, push Afro-Columbians and indigenous peoples off the land, and assassinate more union organizers than any other country in the world. Bolivia is on Washington's regime-change list because it is governed by an indigenous Indian president who has nationalized energy resources and resisted U.S. imperial rule. Dope has nothing to do with it.

* BAR executive editor Glen Ford can be contacted at

Glen.Ford@BlackAgendaReport.com
This e-mail address is being protected from spam bots, you need JavaScript enabled to view it .