Work Disrupted For The Third Time In Three Weeks At Raytheon Systems, Bristol. 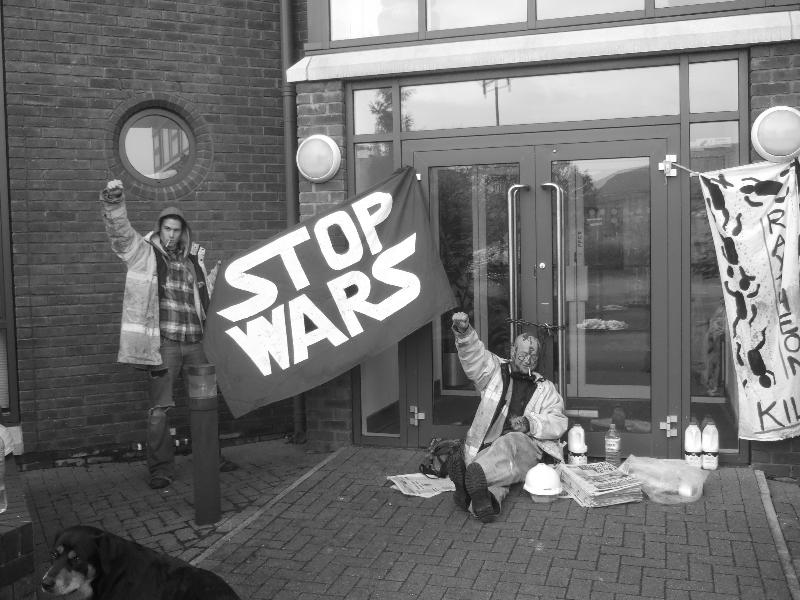 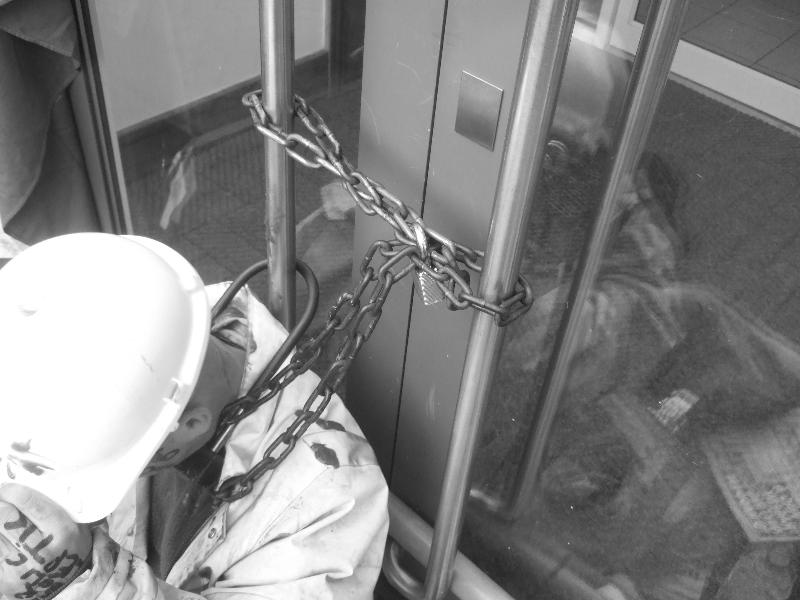 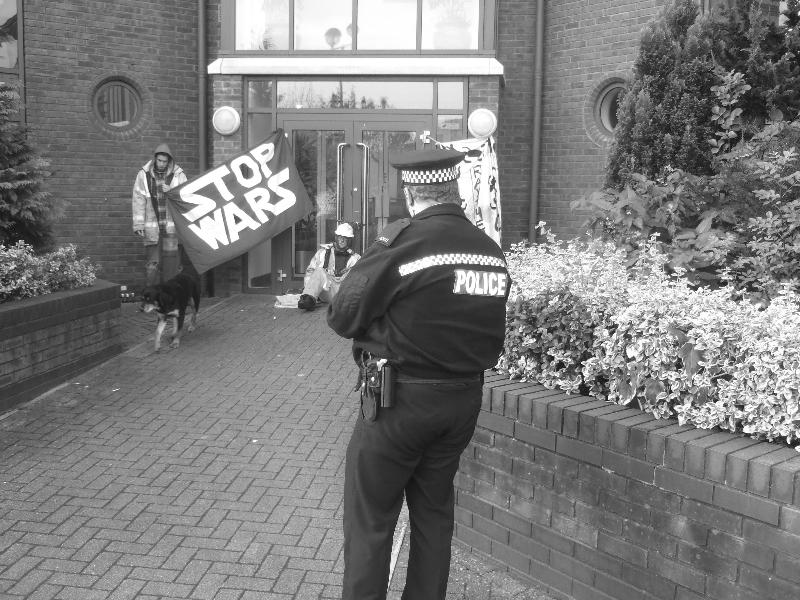 Five protesters managed to evade detection this morning by disguising themselves as work men and when at the front doors of Raytheon, One Protester, A former British Soldier chained and D locked himself to the front doors of the offices in the Bristol Business Park, Frenchay, Bristol. The Police finally arrived around 9:00 when agitated workers could not get into work, to plan the building of more illegal weapons which are being used in illegal conflicts around the globe including Palestine and Iraq.

So Protesters are still there, any support would be welcome at Unit 510, Bristol Business Park, Off Coldharbour lane, Frenchay. Opposite the U.W.E Campus. Every Thursday between 3pm and 5pm we will be squatting the roundabout at the entrance to the business park. For a noise demonstration, banner drop and information share come and show your support for the campaign with no name thats not going away until Raytheon do.

For anyone who can't get to the site, why not phone Raytheon's office and ask them about their products which are responsible for the injury and deaths of thousands of people every year worldwide?

Photos of Steve Baggarly's action on B52 Bomber at U.S. Air Force Air Show that led to his arrest

On Monday, Nov. 3, at the US District Court in Norfolk, Va, USA Catholic
Worker Steve Baggarly was put on trial for trespassing at Oceana Naval
Air Station in Virginia Beach. Baggarly, Kristin Sadler, also of the
Norfolk Catholic Worker, Beth Brockman of Durham, NC, and Susan Crane
of Jonah House in Baltimore, had climbed on top of the B-52 on display
at the annual air show with anti-war banners which read, "We Shalt Not
Kill", and "Weapons of Mass Destruction are nothing to
celebrate". The three women and 8 other observers were arrested and given letters
barring them from going onto any Naval installation from Maine to
Virginia. Baggarly violated a previous letter and was charged with
trespassing.

After an hour long vigil outside the courthouse against the US wars
in the Middle East and the key role played by US warplanes which by
nature kill indiscriminately, 2 dozen friends went inside to
Magistrate Tommy Miller's courtroom. Baggarly pled not guilty. The
prosecution put the arresting officer on the stand who described the
action on the plane and the arrest. Baggarly then took the stand and
began to relate the story of an Afghan village bombed by B-52's during
the US invasion, claiming that the testimony of people under the bombs
in Afghanistan and Iraq is the testimony most relevant why he came to
be on top of the B-52. Miller disagreed, wanting to hear only whether
Baggarly violated his previous banning order by returning to the base.
Baggarly stopped further testimony. He was convicted of trespassing.
Before sentencing, Miller gave Baggarly 5 minutes to make a statement.
Miller then gave Baggarly a the one day sentence requested by the
prosecution, and two years of limited supervision.