What has Obama wrought? In the euphoria, can reality reclaim its rightful place? The parameters of rhetorical change are boundless, propelled into the nether-reaches of nonsensicality by hyper-speak and super-wishfullness that can never supplant the real world of entrenched class and race rule. Celebrate good times...COME ON! But at some soon point in time, we must return to the ground. And the need for struggle. Better start as soon as the cold breeze hits you. Like now. 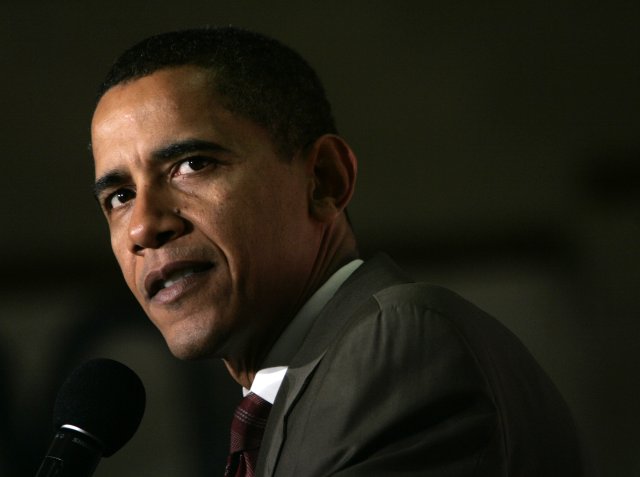 The wolf shall also dwell with the lamb, and the leopard shall lie down
with the kid; and the calf and the young lion and the fatling together;
and a little child shall lead them.


The great American satirist George Schuyler’s prescient and comic work, Black No More, is about a scientist named Dr. Crookmore who comes up with a formula that turns blacks to white (I wonder how Schuyler would treat the current profitable back- to- Africa DNA hokum). As a result of a country that is totally white, The Civil Rights organizations go out of business, and even the last hold out, the character, based upon the black nationalist Marcus Garvey, in the end, tries some of Dr. Crookmore solution. Would something like this happen were Barack Obama to become president? A country where there exists no social divisions and the issue of race has become defused.

The leader of the NAACP says that the work of the organization will continue even with an Obama victory. Why?Wouldn’t it be better that the NAACP shut its doors as cable’s leading conservative intellectual, Tucker Carlson has suggested?Auction off its assets and join the post race fever? In his ”The New Black Aesthetic, ” (1989,) author Trey Ellis announced the arrival of a generation of African Americans who would place the issue of race in the background unlike we “curmudgeons” and “cranks, ” who came of age in the 1960s and who are still carrying on like those Japanese soldiers who weren’t aware that the war was over. “The New Black Intellectuals” were even praised by Robert Boynton in an essay that appeared in the Atlantic Monthly (March, 1995:53-69. )

To many, Martin Luther King’s dream has been realized. He said, ” I have a dream that one day every valley shall be exalted, every hill and mountain shall be made low, the rough places will be made plain, and the crooked places will be made straight, and the glory of the Lord shall be revealed, and all flesh shall see it together.” Obviously me and my over sixty pals are still lingering in those crooked places and refusing to process the sunlight that is available to everybody else. (Tavis Smiley is our leader). People like us are going to have to adjust to this post race America which resembles a painting by Edward Hicks. A place where Blacks have reached the Promised Land?

What does this promise land look like?This Obamerica? Shortly after Obama is sworn in, the police, instead of subjecting blacks and Hispanics to capricious traffic stops, will only stop them to offer free tickets to the policeman’s ball. Throughout the country, they will address blacks and Hispanics as sir and ma'm. The overcrowding prison problem will end, because all of the blacks and Hispanics who’ve been sent there as a result of prosecutorial and police misconduct, -probably half- will be set free. And all of those police who have murdered unarmed blacks only to be acquitted by all-white juries will be retried. Blacks will have the freedom to shop in department stores without being watched.

In the media, all of the black Hispanic and Native American and Asian American journalists, who, according to the Maynard Institute’s media watcher, Richard Prince, are being “shown the door, ” will be rehired. The progressive media will spend as much time on the torture of black suspects in Chicago, New York and Los Angeles as they do torture at Gitmo. Blacks will be liberated from the crime, entertainment and sports pages exclusively and appear in other sections. More cerebral sections as scientists, engineers, astronomers. Jonathan Klein and other cable producers will stop managing black opinion so that it doesn’t alienate its white audience and voices other than those of black correspondents from Rev. Moon’s church will be awarded air time. Global
warming denier Michelle Bernard will be replaced by Jill Nelson.

Jesse Jackson will be appointed lead editorial writer for The Wall Street Journal. and Al Sharpton will assume duties at The National Review. Rush Limbaugh will inaugurate a series called “Great African American Inventors.” Spike Lee will be invited to run Columbia Pictures and Amy Goodman will take over at NBC. The Newspaper Society of America will apologize for the lynchings and civil disturbances caused by an inflammatory media over the last one hundred or so years. A choked up Rupert Murdoch will read the statement on behalf of his colleagues.

In an emotional press conference, John McWhorter, Ward Connerly and Shelby Steele will admit that they have been tools of the Eugenics movement and donate all of the millions they have received from far right organizations to scholarships for black and Hispanic students. Blacks will have as much access to a good education as those members of Al-Qaeda and Saddam’ s government who studied in the United States. This will end the policy of you educate them, we fight them.

Gertrude Himmlefarb and Lynne Cheney will insist that the works by Hispanic, black and Native Americans be added to the cannon. Cornel West will co host a show with Dr. Phil. The New York Review of Books will end its white only policy and begin to resemble America. Phillip Roth will
admit that all of his novels are autobiographical. Several prominent
abstract expressionists will confess that they can’t draw.

All of the blacks and Hispanics who have been driven out of New York, Oakland, and San Francisco, as a result of the policies of ethnic cleansing, advocated by Jerry Brown, Giuliani and Newsom, will be invited to return. The banks that aimed toxic mortgage loans to blacks and Hispanics, who would have qualified for conventional loans had they been white, will halt the foreclosure process and renegotiate these loans. CEOs on Wall Street will forego bonuses and golden parachutes. Sales conferences
will be held at Day’s Inn. For rent signs will go up on K street. The American Enterprise will close its doors.

The right will stop using worn out phrases like “ political correctness, ’ and victimization” and hire Sean “Puffy” Combs to provide them with some hip language.

An Obama administration will launch the Obama doctrine, which will advocate friendly aggression and soft diplomacy in Africa, Asia the Middle East and other global spots where American forces are killing people. These trouble spots wll be inundated with artists, writers, dancers and musicians, engineers, doctors and people who speak their languages.

American students will be required to lean an Asian and African languageas well as a western one. He will call for an end to warfare by air so that these forces will at least look their victims in the eye before murdering them. No more drones. Missiles. Members of the Joint Chiefs of Staff will address him as Mr, President, both in private and in public. The white house, haunted by the ghosts of the Indian fighters and slave owners and KKK sympathizers like Woodrow Wilson, who once ruled from there, will be demolished and the first family will reside in a St. Louis condo as the country seeks a fresh start. Cindy McCain will sell her wardrobe and donate the proceeds to rebuilding New Orlean’s 9th ward. Any one outfit that she wears on a given day would help to rebuild a block. John McCain will acknowledge the black members of his family whom he has snubbed up to now. Obama critic Governor Schwarzenegger's will be among the new president’s well wishers. He will offer to improve president Obama’s physique by sending him some steroids from his private stash. And, by the way, doesn’t an effort to put some meat on somebody’s bones begin at home?

A big step toward a green America would be to return the land that was stolen from Native Americans. (The southwest will be returned to Mexico).

And as a gesture to this new Era of Good Feeling, George Bush, Condi Rice, Henry Kissinger, Dick Cheney, Judith Miller, Osama Bin Laden and Jonathan Klein will turn themselves in at the Hague.

* Ishmael Reed is the publisher of Konch. His new book, "Mixing It Up, Taking On The Media Bullies" was published by De Capo.

what a lovely picture