This year Stonewall (the once militant gay rights organisation) found itself to be the target of a very angry demo at its annual awards ceremony. Many in gay politics have viewed Stonewall as a traitor to its radical roots for some time. But the trans gender comunitiy in particular were infuriated when Guardian columnist Julie Bindle was nominated for journo of the year award.

It seems that Ms Bindle has been punting out the idea that trans gendered people can be 'cured' by therapy. So a number of concerned individuals and their supporters showed up at the awards to have their voice heard on the issue. 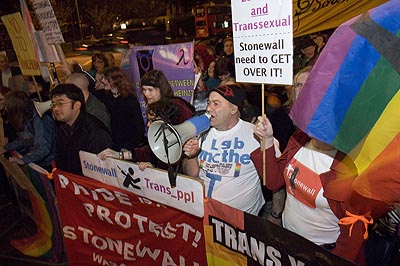 A loud and angry demo... 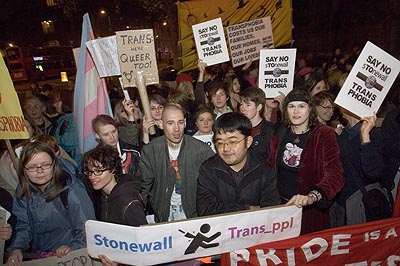 ...by trans gendered people and their supporters... 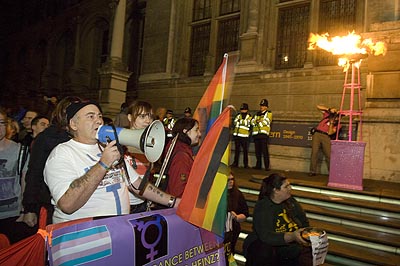 ...outside the Stonewall awards. 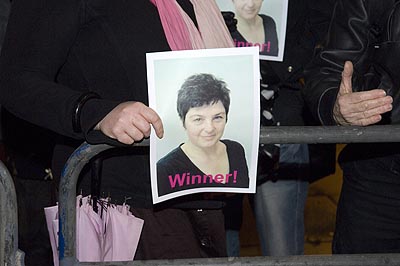 Meanwhile across the way supporters of Julie Bindle gather... 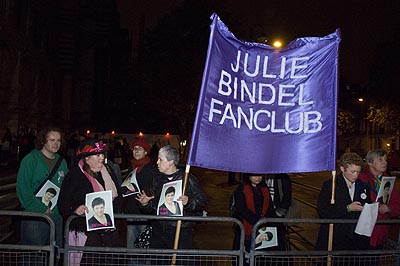 ...in not very impressive numbers... 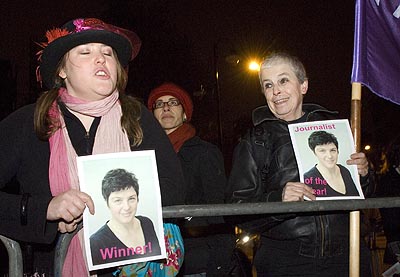 ...for a almost silent counter demo. 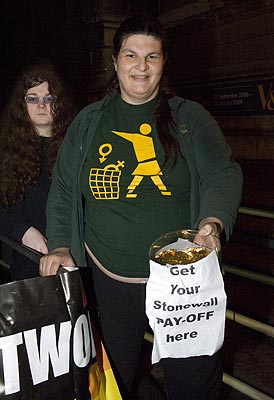 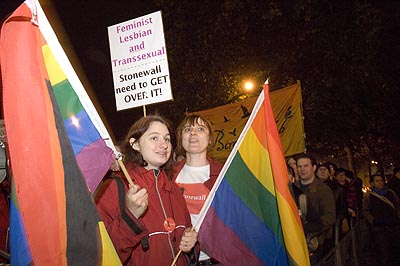 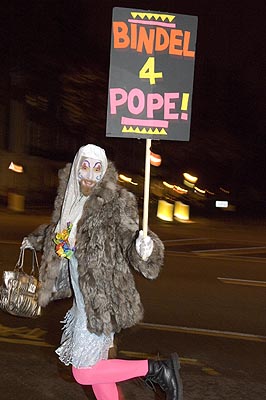 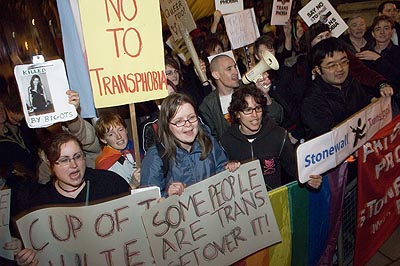 As well as having the numbers.

A counter demo was also called by the "Julie Bindle Fan Club". They insisted that they were not a counter protest and that they would have been there anyway to support their literary heroine. So just one question: Can anyone remember ever having seen the Julie Bindle Fan Club banner anywhere else? Has anyone ever heard of them before now? Were they not just invented for the occasion? They were outnumbered by the anti-Bindle contingent by about ten to 1.

The main protest was a lot louder and more colourful too. The cops present get a respectful distance from both sides with one senior plod seemingly quite desperate to show off his knowledge of trans gender issues to the assembled media.

It also seemed that the demo was as much about the corporate takeover of campaigns like Stonewall as it was about their poor choice of nominee. They were singing this song (to the tune of "My Old Mans A Dustman") about Ben Summerskill the Stonewall chief exec:

We are the trans nation
We wont take crap no more
Summerskill can hear us
Shout outside his door!