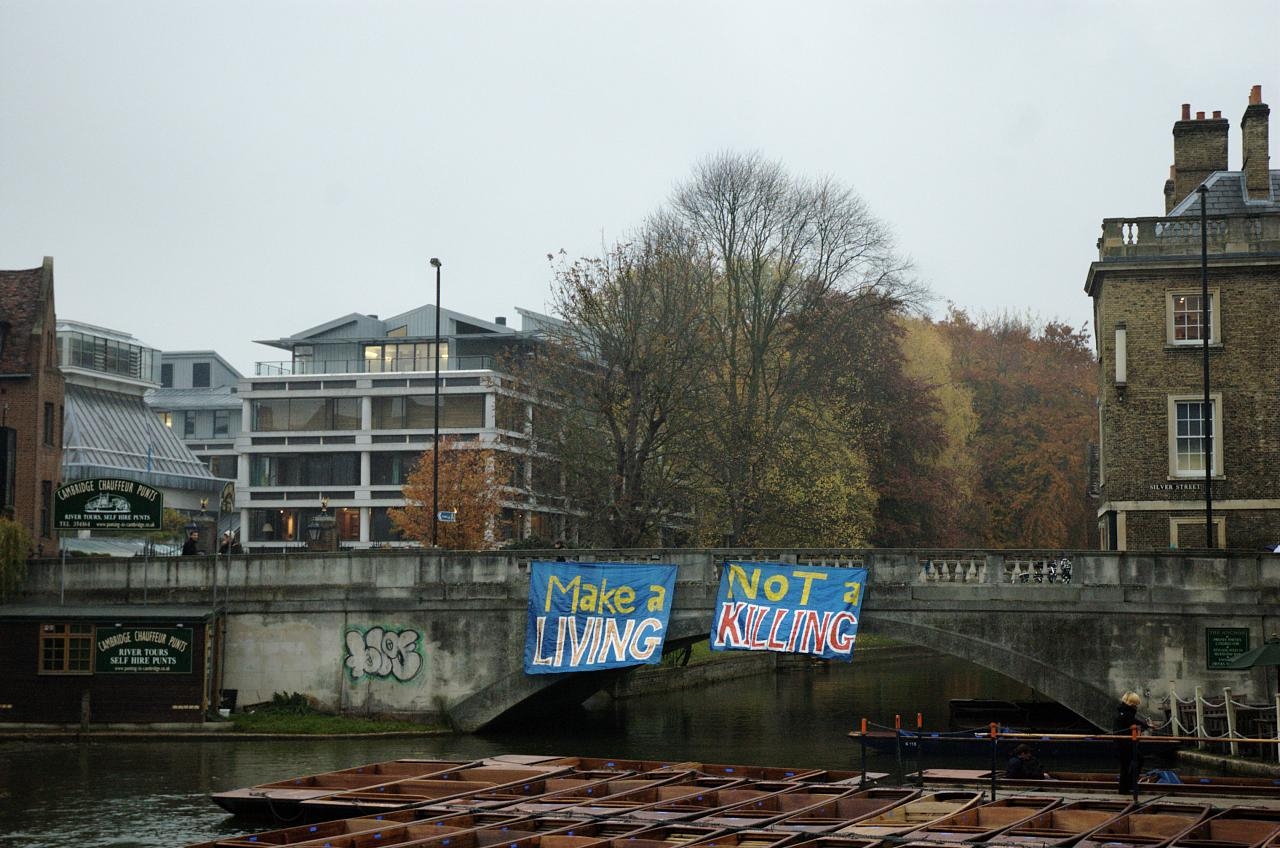 Make A Living Not a Killing

Concerned students and residents from various groups got together to take a stand against the extravagant greenwashing of these corporations, raising awareness among the student body about these corporations and choosing a socially and environmentally responsible career path, and express their outrage that the Careers Service does not take ethical considerations into account when accepting applications for careers events.

Event organisers got wind of the protest and placed the entire fair on security alert. Despite a police presence and bag-searching, some the protestors entered the fair donned in red "eon foff " and yellow "leave it in the ground" tshirts and handed out leaflets to hold intense conversations with careers reps under the scrutiny of students and University authorities. The University authorities threatened to remove the students if they leafletted or took pictures/video, so most students continued to just talk to careers reps. The careers reps in general seemed completely unprepared, feebly ejaculating token responses about "keeping the lights on" "committment to exploring renewable energy" and token "green schemes" [along the lines of encouraging employees to cycle to work] practiced by their corporation.

As the careers reps proved unable to produce the deeds behind the words emblazoned upon greenwashing pamphlets, activists outside unfurled a huge "make a living, not a killing" banner from a bridge, as well as Campaign for Nuclear Disarmament and Cambridge Students Against the arms trade banners lining the path to the fair. They handed out leaflets outside, urging students to be aware about the companies they may work for, and distributing info about ethical career opportunities.