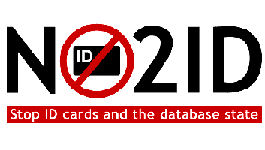 
Protest against the Introduction of ‘ID Cards for foreigners’

On the 25th of November the government will be introducing compulsory Identity cards for Non-EAA students and Non-EAA national applying for marriage Visas. Those affected will be required to attend one of six centers (Croydon, Sheffield, Liverpool, Birmingham, Cardiff, and Glasgow) on arrival their fingerprints and photographs will be taken and they will be issued with an ID card.

The government has made use of the UK Borders Act 2007 to enable these cards, cards that discriminate against certain visitors in placing these groups of people under a regime of state surveillance and suspicion.

Although the government has made no significant headway with developing the intrusive National Identity Register, they have cynically altered the existing visa infrastructure to introduce these cards. Once the methods of Identity card registration and management have been trialed on some of the most vulnerable groups in society they intend to start picking on their next target group. They seek to whittle away our opposition, but we will stand together in defense of our liberty, freedom and right to a private life as enshrined in the European Convention of Human Rights.

In opposition to the scheme we invite all individuals and groups opposed to ID cards to join us in Leeds City Centre where we will be setting fire to a mock ID card,