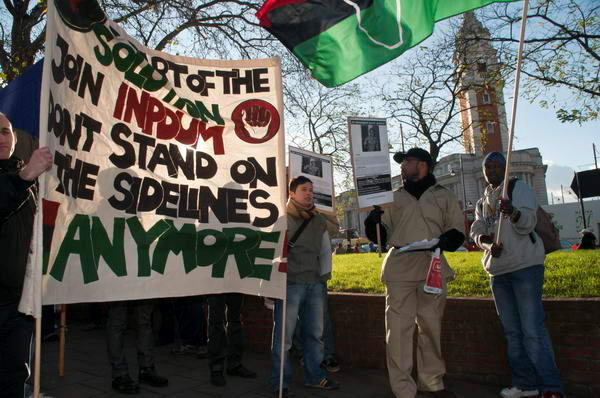 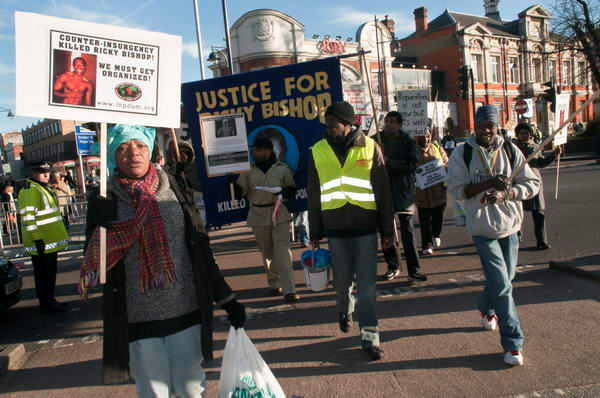 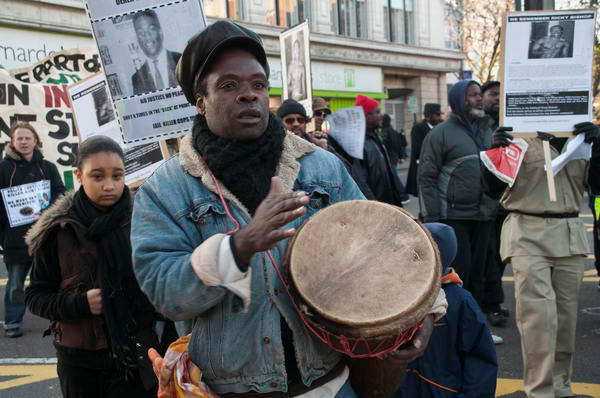 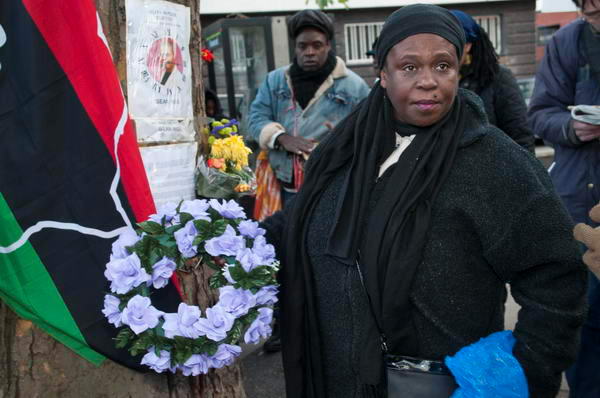 Wreath laying at the "lynching tree" 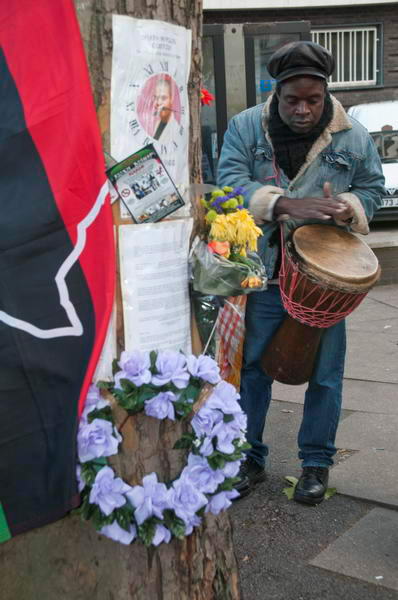 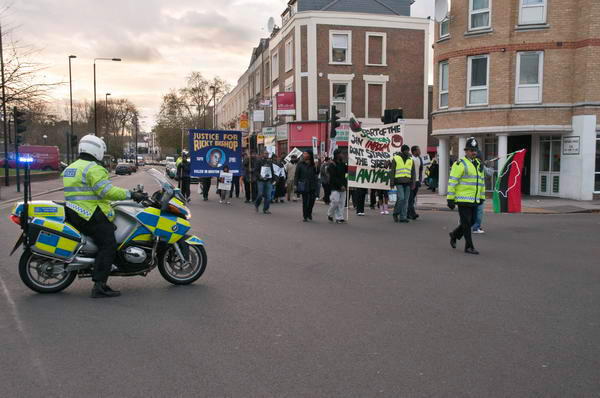 The march goes on to Camberwell and Peckham

Ricky Bishop, Sean Rigg, Derek Bennett were the names on the banners and placards as demonstrators made their way from Brixton to Peckham on Saturday afternoon. Around 50 people had gathered outside the Tate Library for the march up to Brixton Police Station, where Ricky Bishop died after being arrested during "Operation Clean Sweep" - which they describe as a "modern day lynching" - on November 22, 2001. Others joined them there for a short rally around what they have named the "lynching tree" in front of the station where a number of arrested black men have died in highly suspicious circumstances.

Among those taking part were members of Bishop’s family and those of Derek Bennett, shot in the back by armed police while holding a gun-shaped cigarette lighter in i Brixton in July 2001, and Sean Rigg, who died after being taken ill in police custody in Brixton Police Station on Thursday 21 August 2008. There was a minute's silence in memory of the victims and family members added a wreath and other flowers to those already present on the lynching tree. Arican drumming and some fine singing added to the impact of the event.

Speakers called for a boycott of the official enquiries that are designed to hide the truth and whitewash the police. Justice would only be delivered by the prosecution of all officers responsible for these and similar deaths, including ten officers who were named for their part in the murder of Ricky Bishop.

Speakers and the slogans chanted on the march called for an end to all official violence against the black community, and for economic development, with resources for black businesses rather than increased spending on police repression. They called for the community to get organised through organisations such as InPDUM,

http://www.inpdum.org/ "a grassroots organization, led by the black working-class community... founded in 1991 in Chicago by the African People's Socialist Party" as the only way to defend themselves.

More than 60% of black families live on less than half the national average income and they suffer from under-funded schools and welfare services, poor food and high levels of drugs, gun and knife crime. Marchers accuse the police and government of bringing drugs, guns and knives into the country and of carrying out a public policy of brutality to contain the African community through policies such as Operation Clean Sweep. Black men are harassed on the street, being stopped and searched 8 times more than the average, and a high percentage have had DNA samples taken against their will.

I left the march on its way to further rallies at Camberwell Green and Peckham Square. You can see more pictures from the event on My London Diary,

http://mylondondiary.co.uk/2008/11/nov.htm#brixton as well as those from the recent annual Whitehall march by the 'United Friends and Families' of those who have died in police custody