Campaigners gather at the UK Border Agency at Lunar House, Croydon in London on the day the British Government provisionally introduce Identity Cards to the United Kingdom. 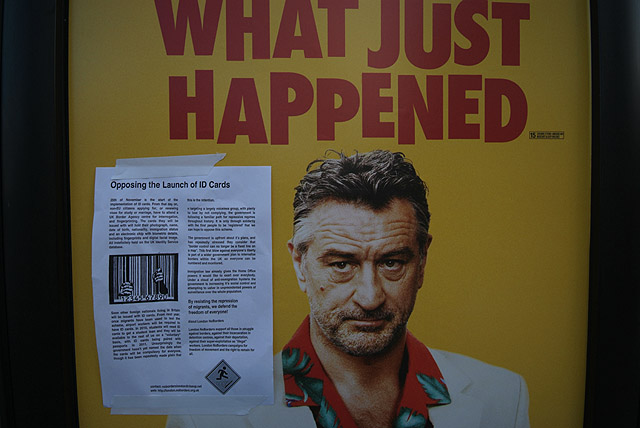 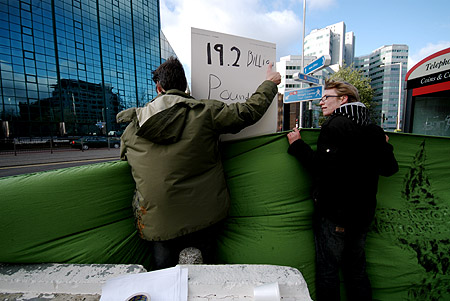 The cost of the database state in th UK. 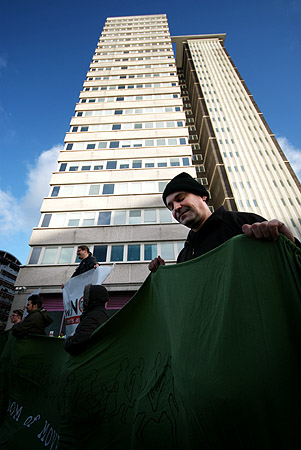 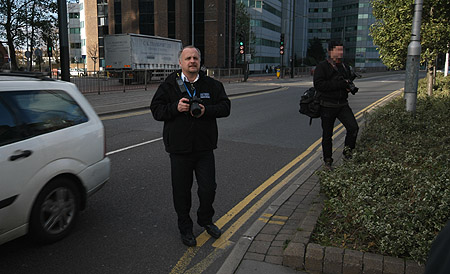 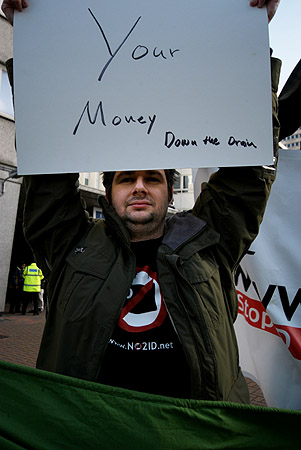 Your Money Down the Drain. 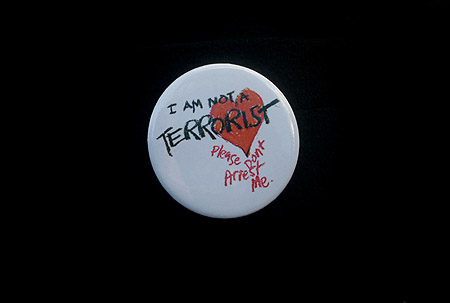 I Am Not A Terrorist. 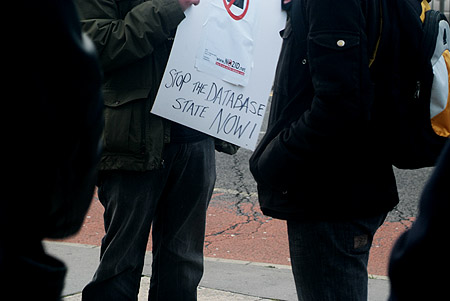 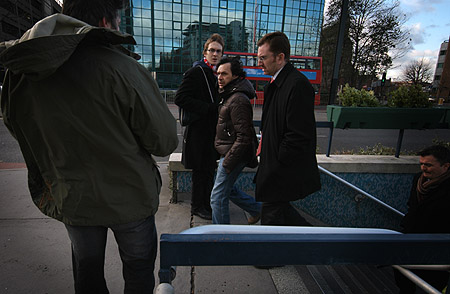 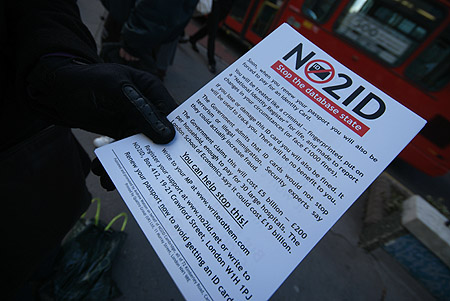 Campaigners gather at the UK Border Agency in London on the day the British Government provisionally introduce Identity Cards to the United Kingdom.

Despite endemic opposition and the horrendous cost, the British Government force foreign nationals to adopt the cards in a multi layered phasing in over the next 3 years. Eventually, every British citizen will have no choice but to carry the cards on pain of fine or imrisonnment.

The identity card system operates in tandem with the National Identity Register which will be used to aggregate a wide range of personal information into one place to allow UK authorities of whatever hue and colour access to the individual citizen at the most personal level.