Another Anti-ID Card Action In Newcastle 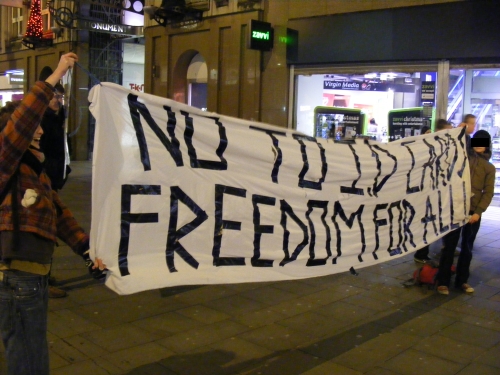 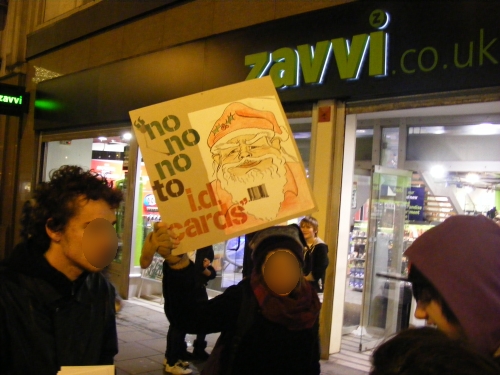 Santa is a migrant worker.... 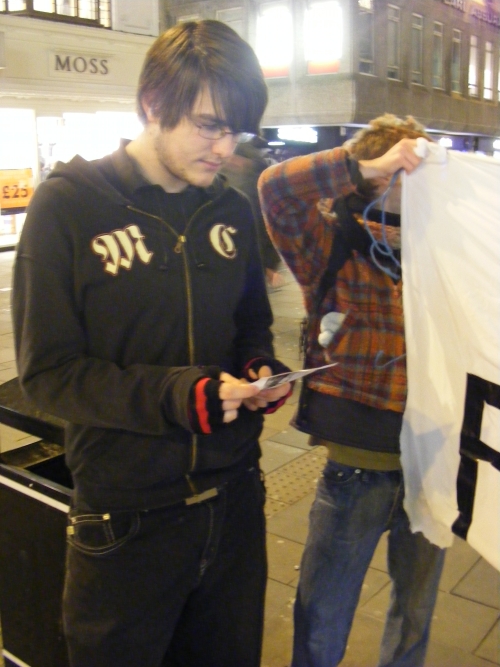 Leaflets handed out and read 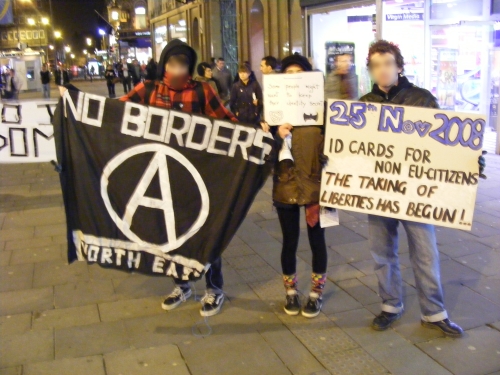 This evening approximately 13 activists from No Borders North East handed out 200 anti-ID card leaflets to shoppers in Central Newcastle. Banners and placards were also held, and a very positive response was given from the public.

Tuesday saw the introduction of Identity Cards for non-EU citizens. No Borders views this as yet another attempt to victimize an often voiceless group, and so has orchestrated a series of protests this week throughout the country.