When is a tool not a tool?

A Nottingham resident is bailed to return to Medway magistrates’ court 10am on the 10th. December for committal to crown court to face trial for possession of bicycle tools. 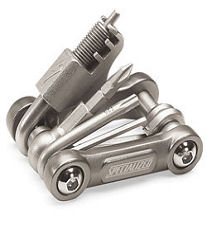 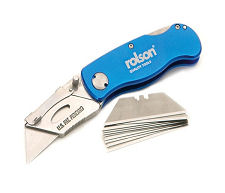 Henry’s journey to this year’s climate camp was long and tiring; having travelled from Nottingham to London by train he rode his bike from London to the Hoo Peninsular. If he had any thoughts of a rest when he finally arrived at the camp at 10.30 on Sunday evening in heavy rain he was to be sadly disappointed. As he approached the camp he was subject to the police search all campers were forced to endure (incidentally, at this time the searches were still being done under Section 1 of PACE and were therefore probably illegal).

In Henry’s bike trailer the police found the tools he needs to mend and maintain his bike during his travels. In addition to a multi-tool this included a small, folding Rolson craft knife, a lightweight compact version of the ‘Stanley’ knife, a pretty standard item for any tool kit.

After refusing a caution (which would have been an admission of guilt) Henry was arrested on the spot for possession of a bladed article and charged under section 139 of the criminal justice act. He then had to spend the night in the police cells. Bailed the next morning on condition that he did not enter the Hoo Peninsula, Henry could not stay at the camp as he had planned. Nor could he go home as he decided to contest the bail conditions and had to appear at a bail hearing at Chatham magistrates’ court two days later. No hotel rooms were available as there were all full with police, Henry ended up having to pitch camp alone in a public park in Rochester for two nights.

Represented only by a solicitor he had to hastily arrange during the two days of living out of the heavy cycle trailer he had to tow every where he went for three days(and it’s a steep hill between Chatham and the solicitors office in Rainham), the bail conditions were upheld and Henry still could not visit the climate camp.

And things were about to get worse. Henry had been unable to secure his bike while in courts because the police had confiscated his lock and chain and when he left the court he found his bike had been stolen

Henry said: “I was absolutely livid. I didn’t turn up to shut down the power station, I just wanted to learn more about climate change and then all this happened."

Henry returned to Nottingham without his bike and without attending the climate camp, instead he was left with a hefty hotel bill and the possibility of a five-year prison sentence.


Of the many issues this story highlights there are two obvious ones.

Firstly, the choice of words to spin a story. The press have parroted the police press release about climate campers being found with ‘bladed weapons’. The police cynically describe Henry’s bike ‘tool’ as a ‘weapon’, when clearly it is not, because this serves their ‘political’ ends.

The second issue, of which this is just another example, is the perception of the law by the police. Their standard line is that their job is to uphold the law when in practice they clearly see UK law as a tool kit from which they can pick and choose to suit their ends. We clearly have police forces out of control when even their political masters do not see how this undermines any faith the public should have in the ‘rule of law’.

PS
Q: When is a tool not a tool?
A: When it hands in its warrant card.