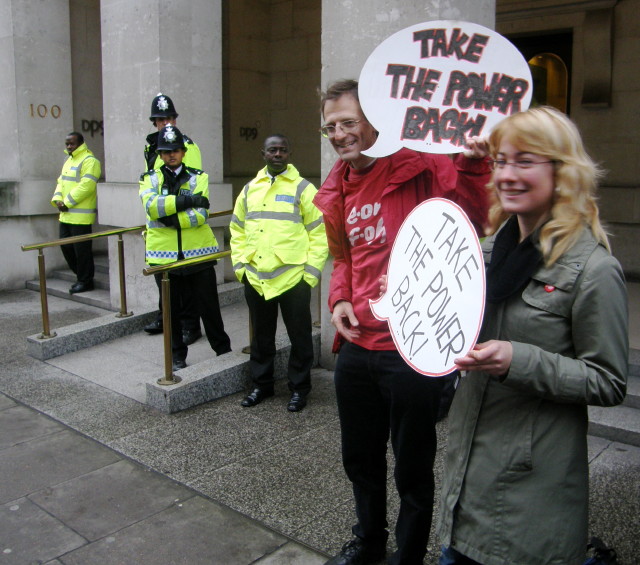 A0. Take the Power Back! 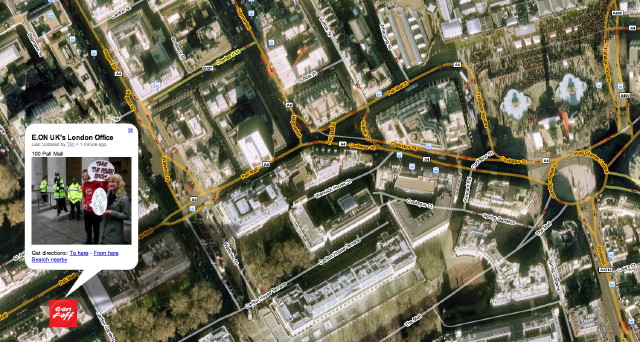 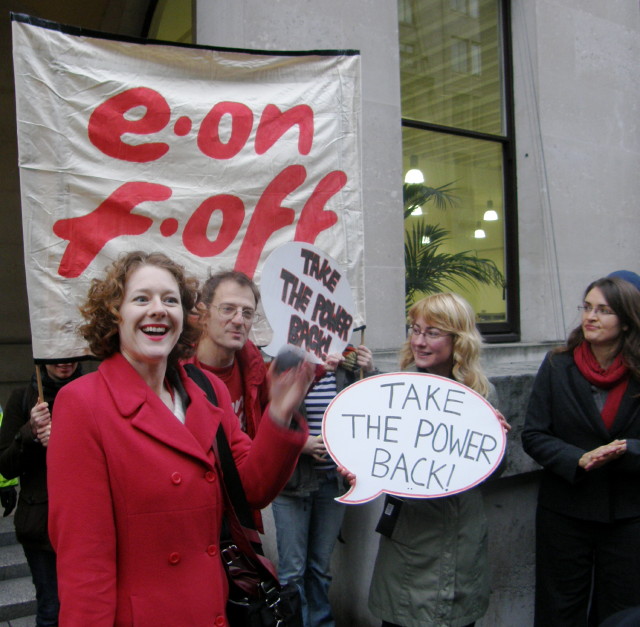 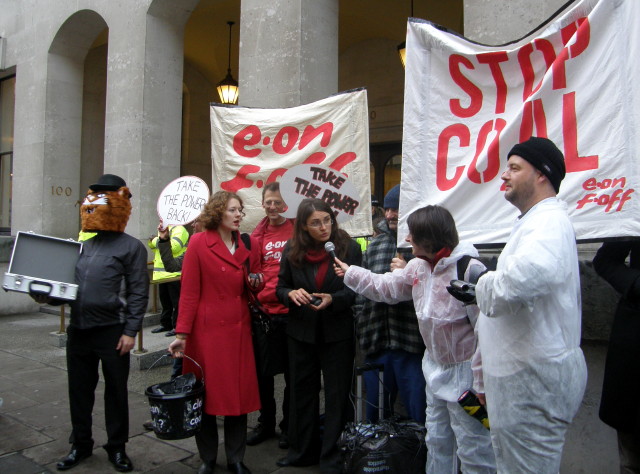 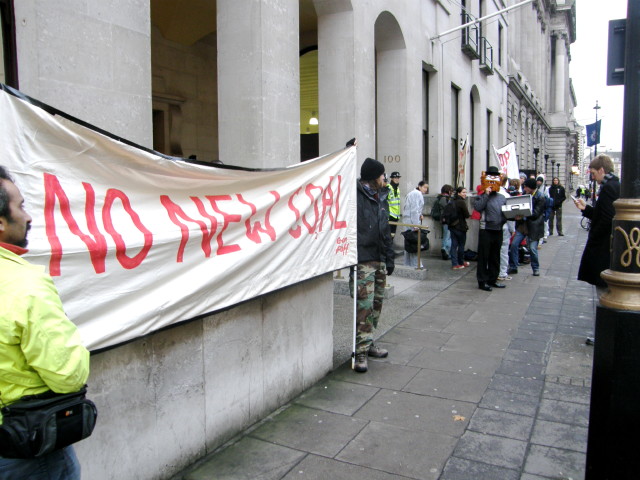 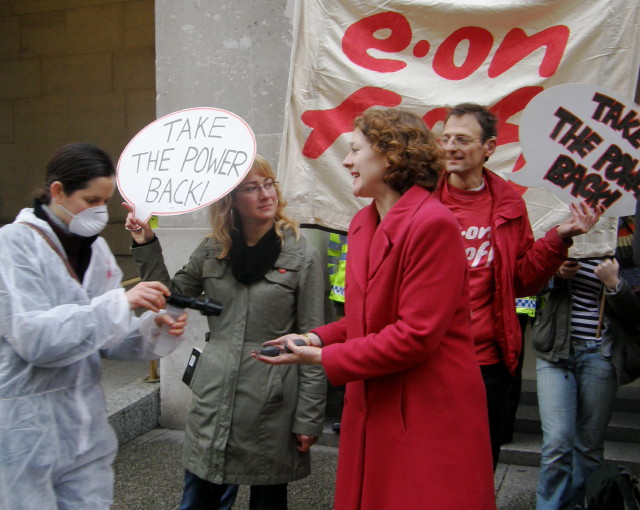 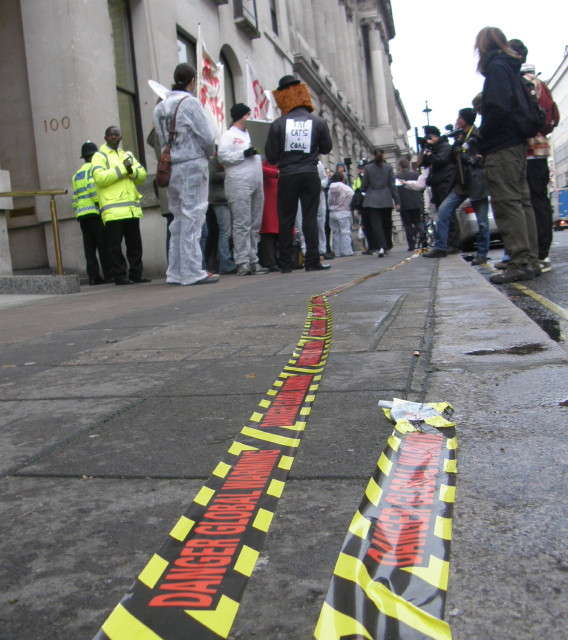 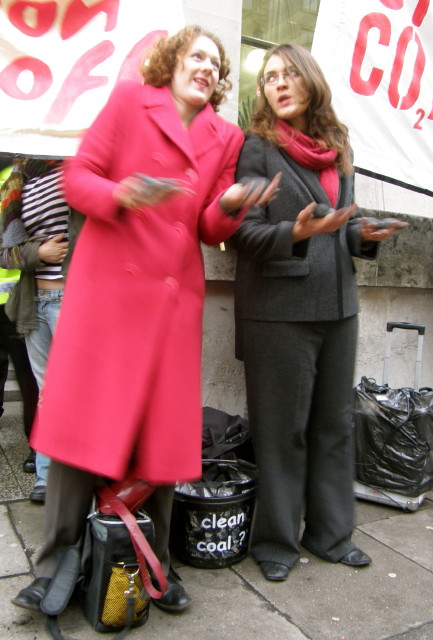 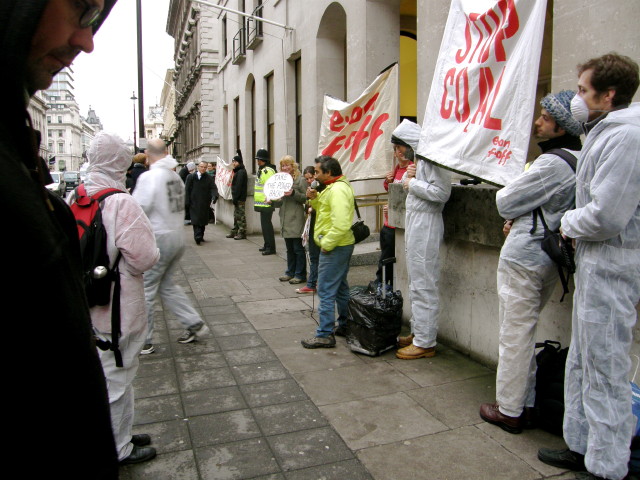 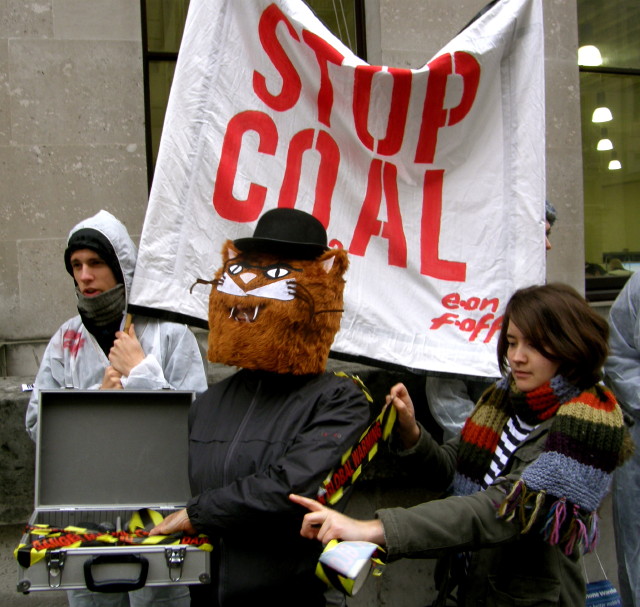 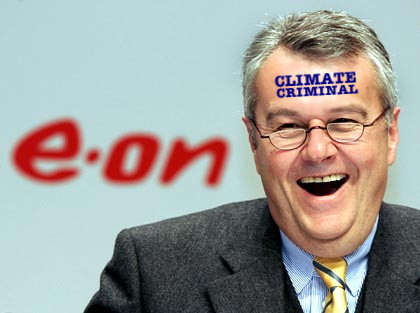 Vidz – to follow, all in good time (or at least that's the plan – it's a busy weekend)

Climate Camp: How to make an E.ON F.OFF placard

At a time when the global climate crisis demands clean, renewable, energy generation solutions, a German energy transnational corporation called E.ON want to build a new filthy big coal powered electricity generating station [1] at Kingsnorth in north Kent [2]. All indications are that the UK 'New' Labour government will give them the go ahead, despite the fact that their own Environmental Audit Committee has recently called coal a ‘last resort, even with CCS’; where CCS = Carbon Capture & Storage, an unproven pipedream technology that won’t be available for 20 years at the earliest (or so says Alistair Darling, the industry itself and the Intergovernmental Panel on Climate Change).

So building on the recent Mass Action Victory which scuppered E.ON's UK graduate recruitment plan [3], a bevy of climate crisis protesters targeted E.ON UK's London office at 100 Pall Mall [4] from 8:00 this morning. This is one of a number of decentralised protest actions arising from a call to 'Take Back the Power' through '48 Hours of Action against E.ON and New Coal' over Fri 28 and Sat 29 Nov 08 by:
▪ E.ON F.OFF –

As and when other Indymedia postings of related actions occur, I'll add appropriate hyperlinks to this story.

[1] E.ON's proposed new filthy big coal powered electricity generating station – it will emit between 6 and 8 million tons of CO2 every year (equivalent to the annual emissions of Malawi's 13 million people or more CO2 than Heathrow's third runway would burn) source –


All these photos and video clips are 'CopyLeft'
This means you are free to copy and distribute any of my photos you find here, under the following license:
> Creative Commons Attribution-Noncommercial-Share Alike 3.0 Unported License
>