Bristol Rising Tide and activists from in and around Bristol had a day of
shenanigans directed at the Royal Bank of Scotland, E-on and new coal. 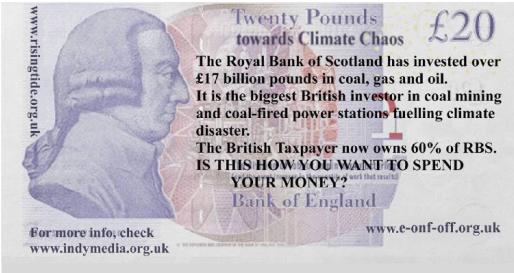 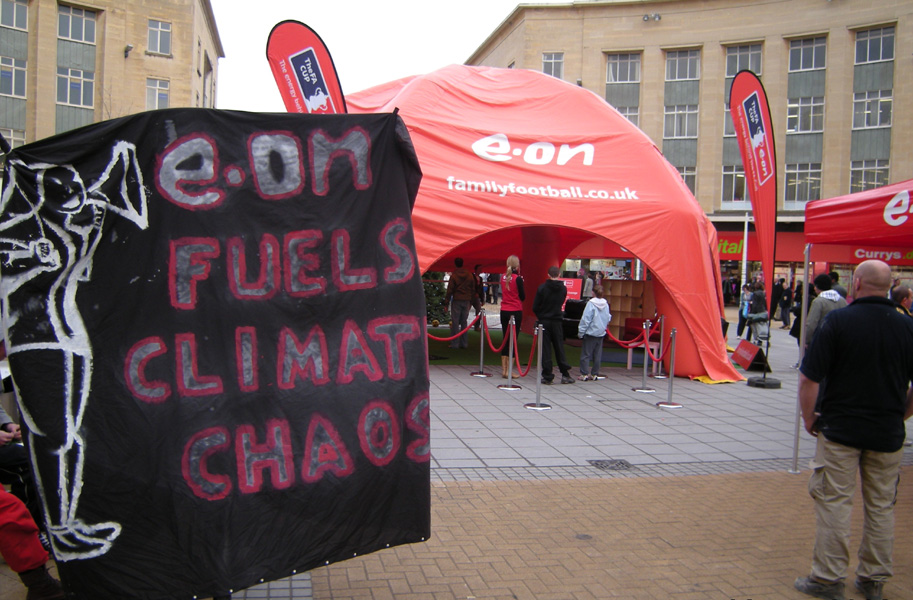 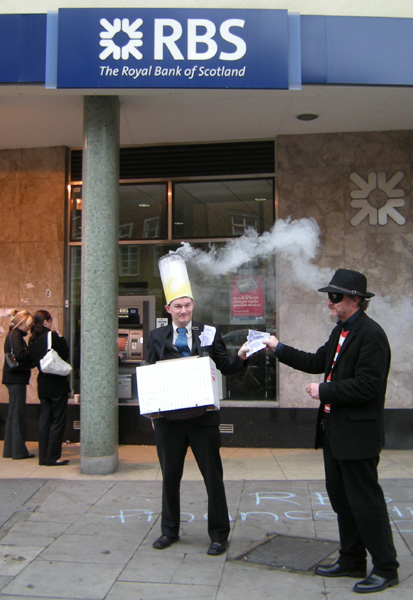 The day started with a banner drop on one of the flyovers crossing the M32 motorway running into the city centre. Over lunchtime the main RBS branch in the city centre was picketed, with activists handing out forged £20 banknotes (see below) to passers-by and customers only to have an 'RBS bank robber' steal them back to give to E-on and the coal industry (see photo). A mock bank statemate was also distributed showing RBS's investment in coal around the world set against the taxpayer funded bail out of the bank. The picket moved on to an E-on 'Family Football' event in the Broadmead shopping centre (see photo). Mid afternoon saw over 50 activists gathering in the city centre for a reclaim the streets party. The party, with mobile sound system roamed the city centre forcing the city centre branch of NatWest to close early and leaving the RBS branch unusable after a very messy cake fight!