At 8am this morning a group of Yorkshire activists blockaded the
Sheffield Border Agency Interrogation Centre at Vulcan House using
bicycle locks and superglue to attach themselves to both entrances. The
group are there in response to the introduction of compulsory ID cards
for non-EU people on student or marriage visas. They are displaying two
banners, one reads “My identity is not your property” and the other
“Nothing to hide? Everything to fear! Defy ID!”
Some applicants have been turned away by the Border Agency staff but
many were supportive of the actions the group has taken. Speaking to a
blockader, one applicant said that by introducing compulsory ID cards,
the government have shown that “they just want to control people”.
Border Agency staff have called the police to remove the protesters but
at the time of sending (10:30am) the protesters are still in place.

An activist from Bradford (who is currently superglued to two others in
front of the main entrance) said “The government are trying to introduce
ID cards through the back door, targeting some of the most vulnerable
people in the country.” A Sheffield activist added “If we want to save
the people of Great Britain from ID cards, we must act now!”

Government legislation has meant that, since 25^th November, foreign
spouses and non-EU students who apply for, or renew, visas will be
forced to attend an interrogation and be issued with an ID card that
will hold their name, photograph, nationality and immigration status,
along with a biometric chip that will hold their fingerprints and
digital image. The details will be held indefinitely on the UK Identity
Service database. Delays meant that the Sheffield Border Agency Centre
only began interrogations from today (1^st December). 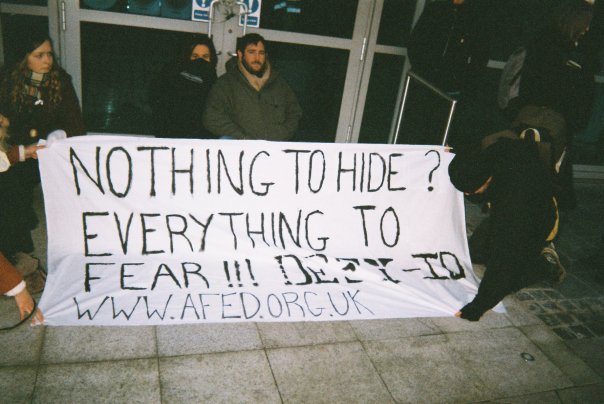 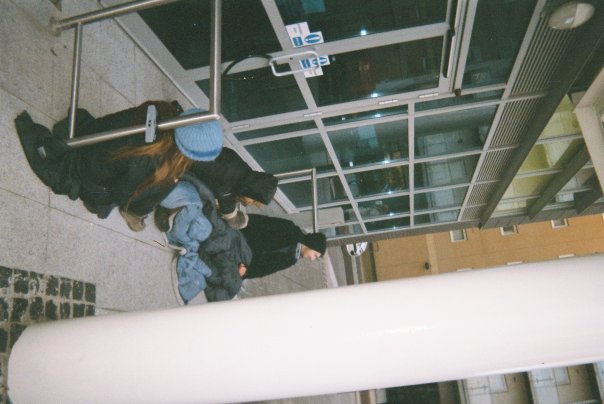 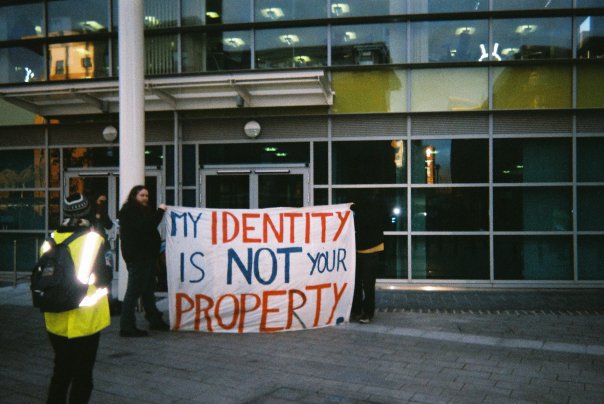 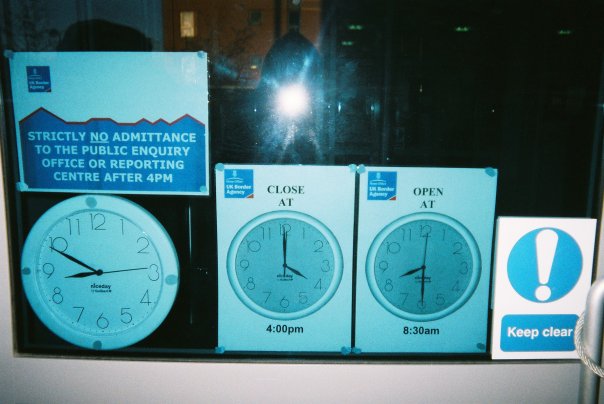 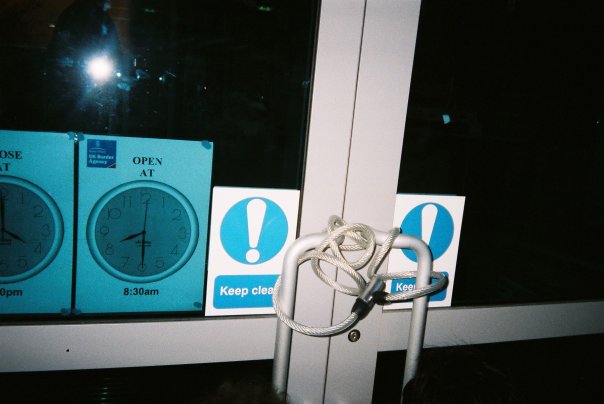 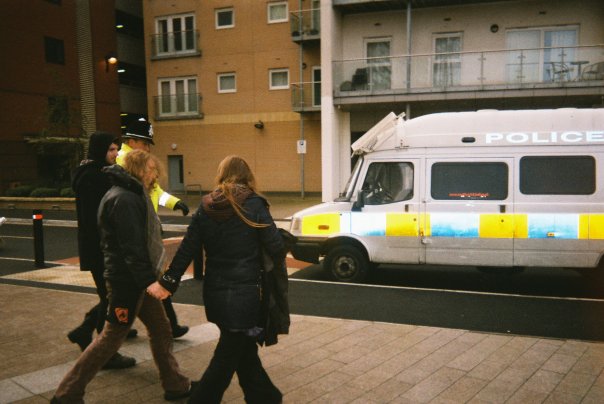 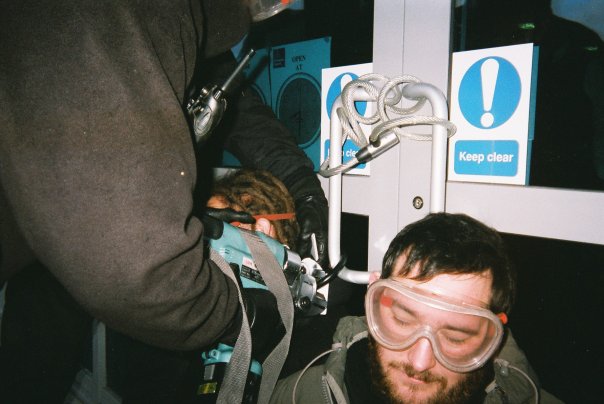 Pictures of the action. 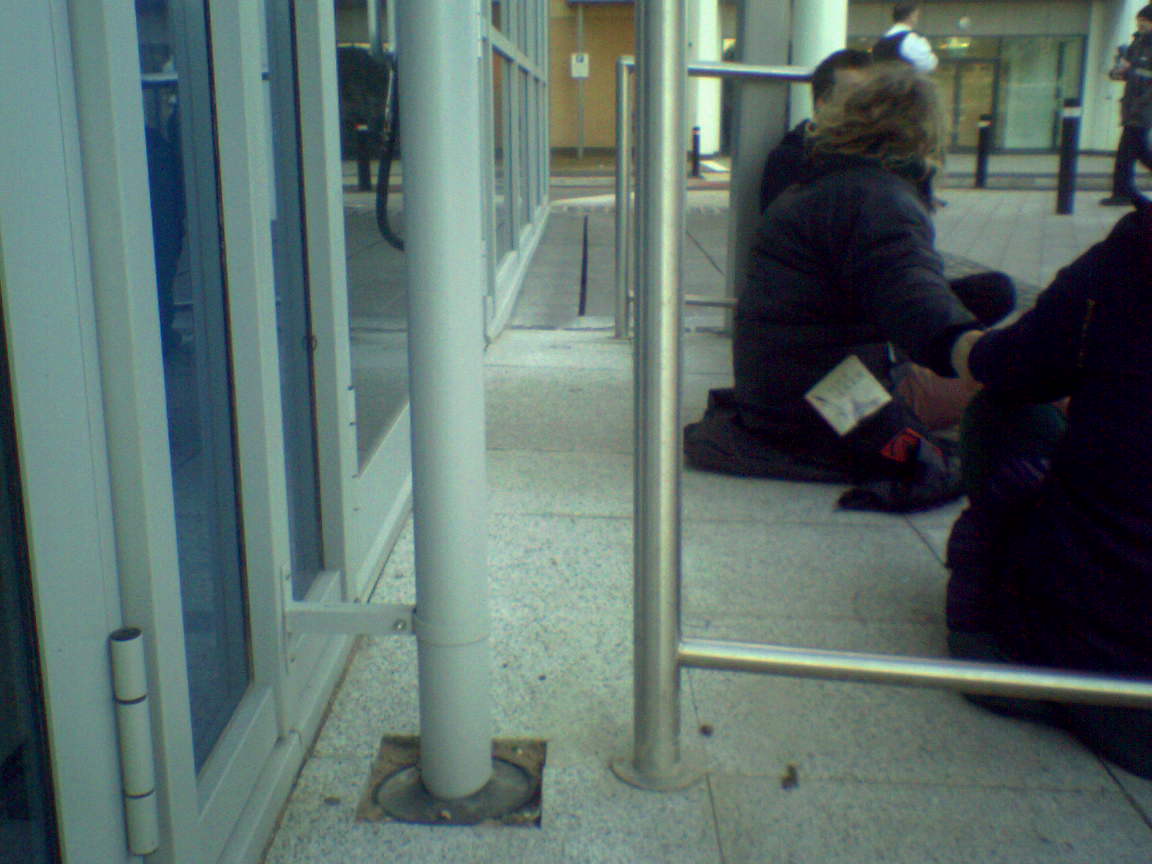 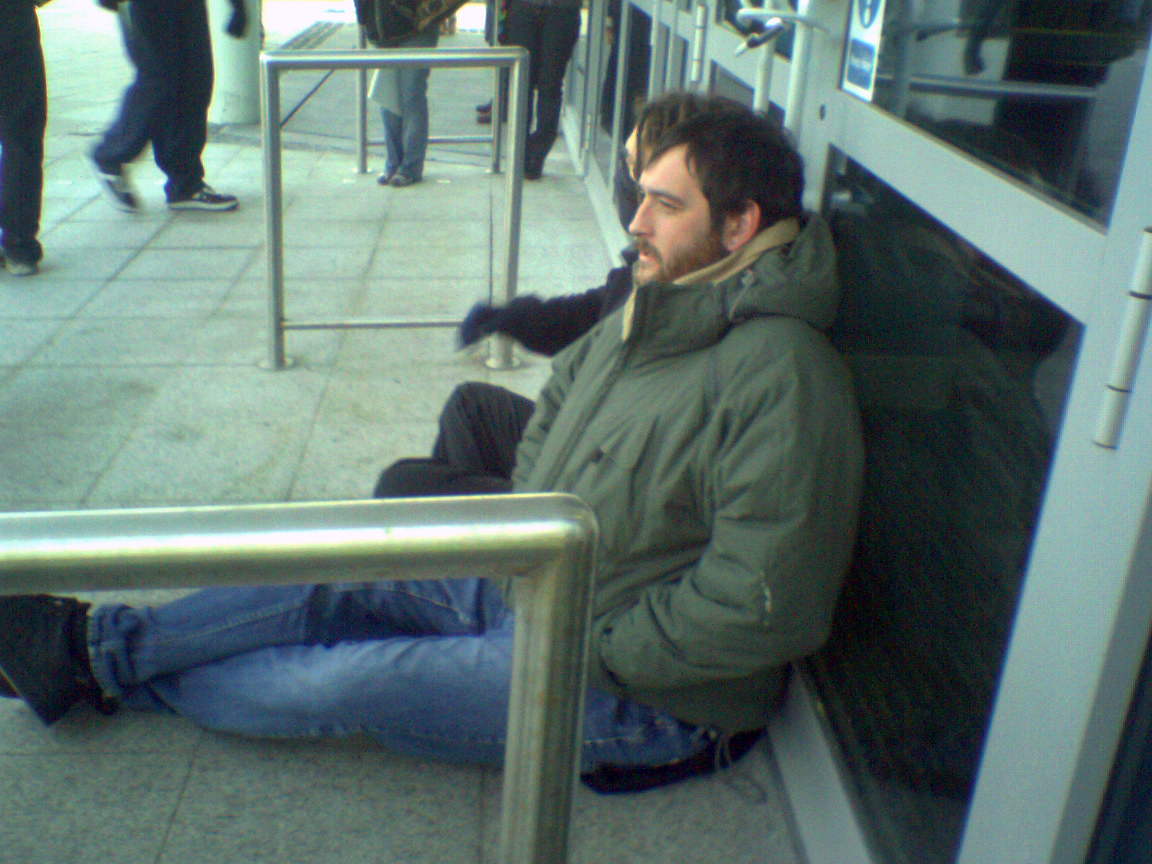 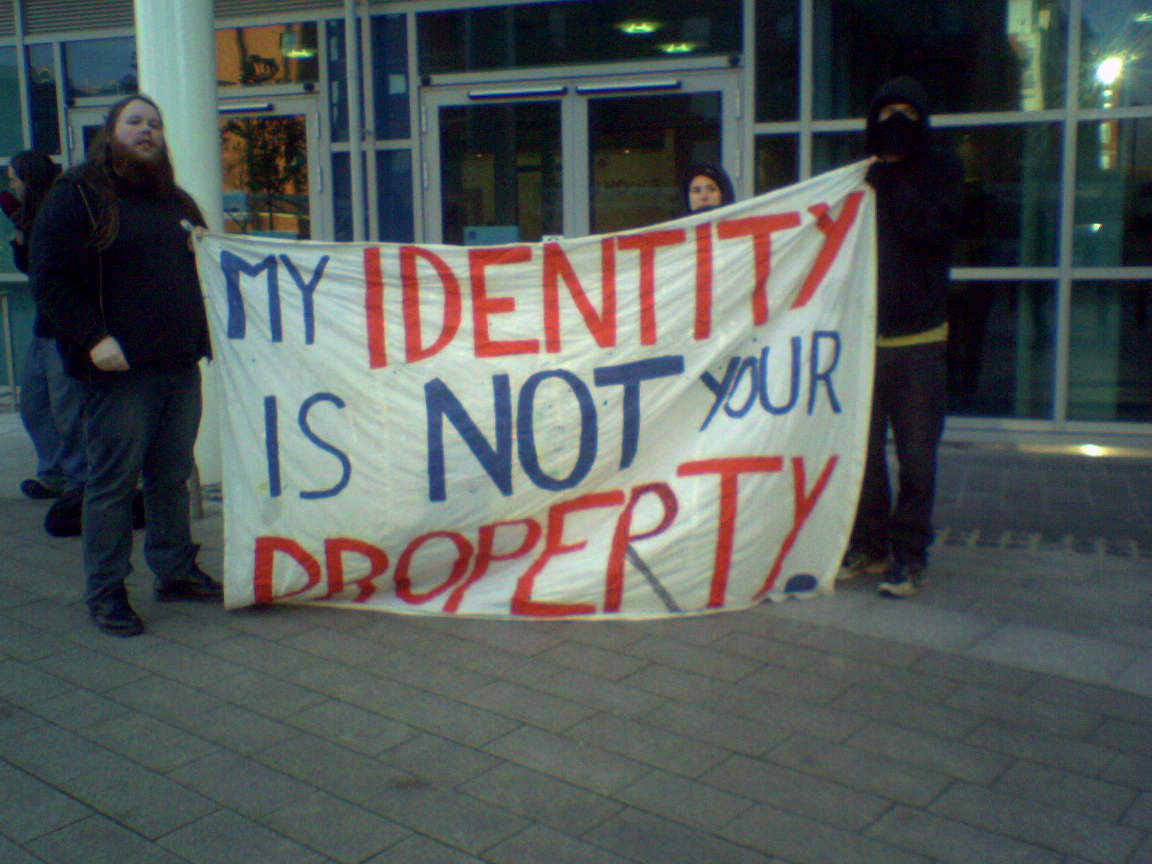 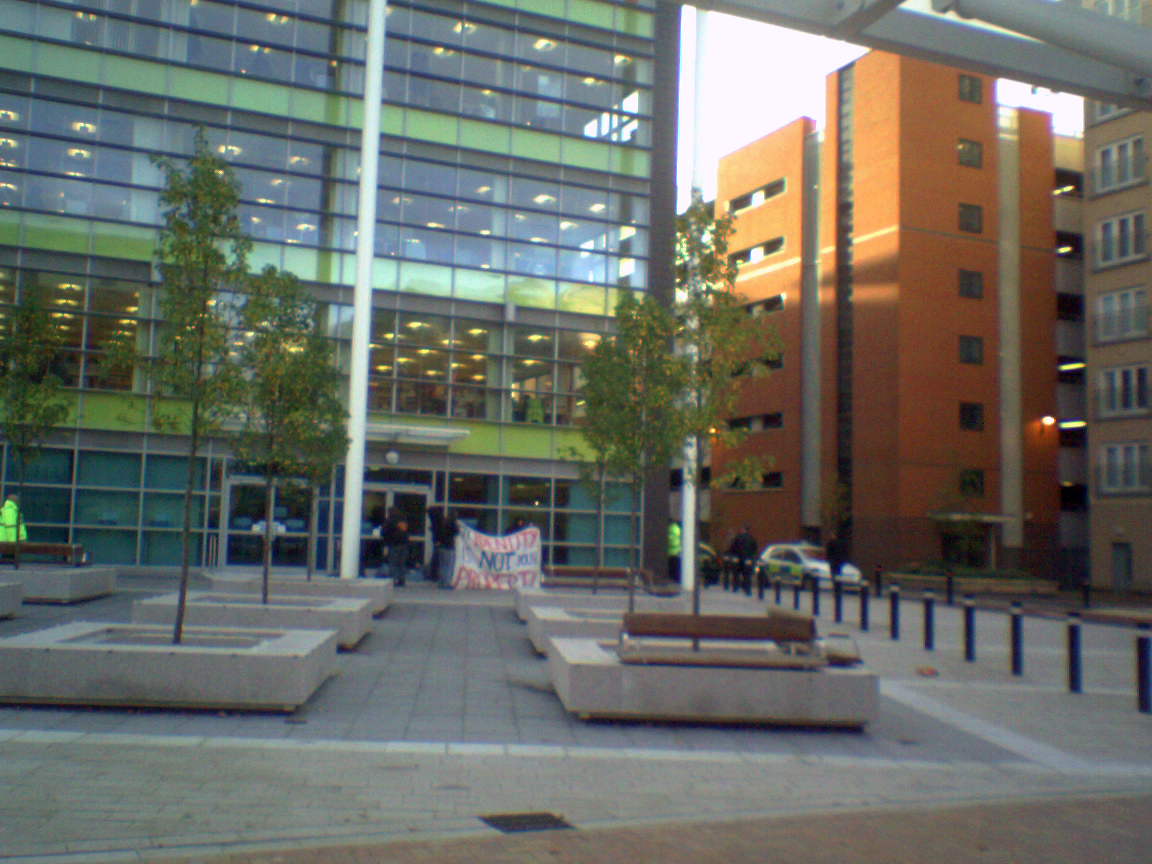 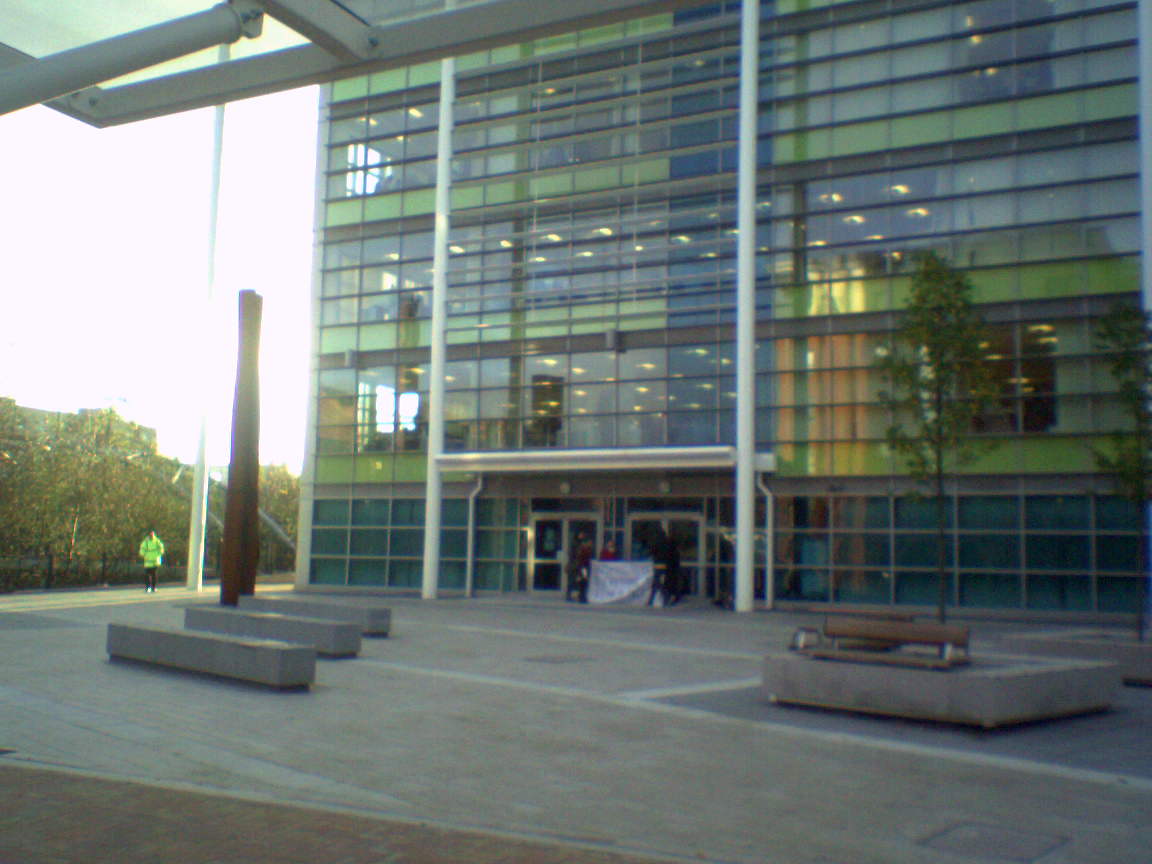 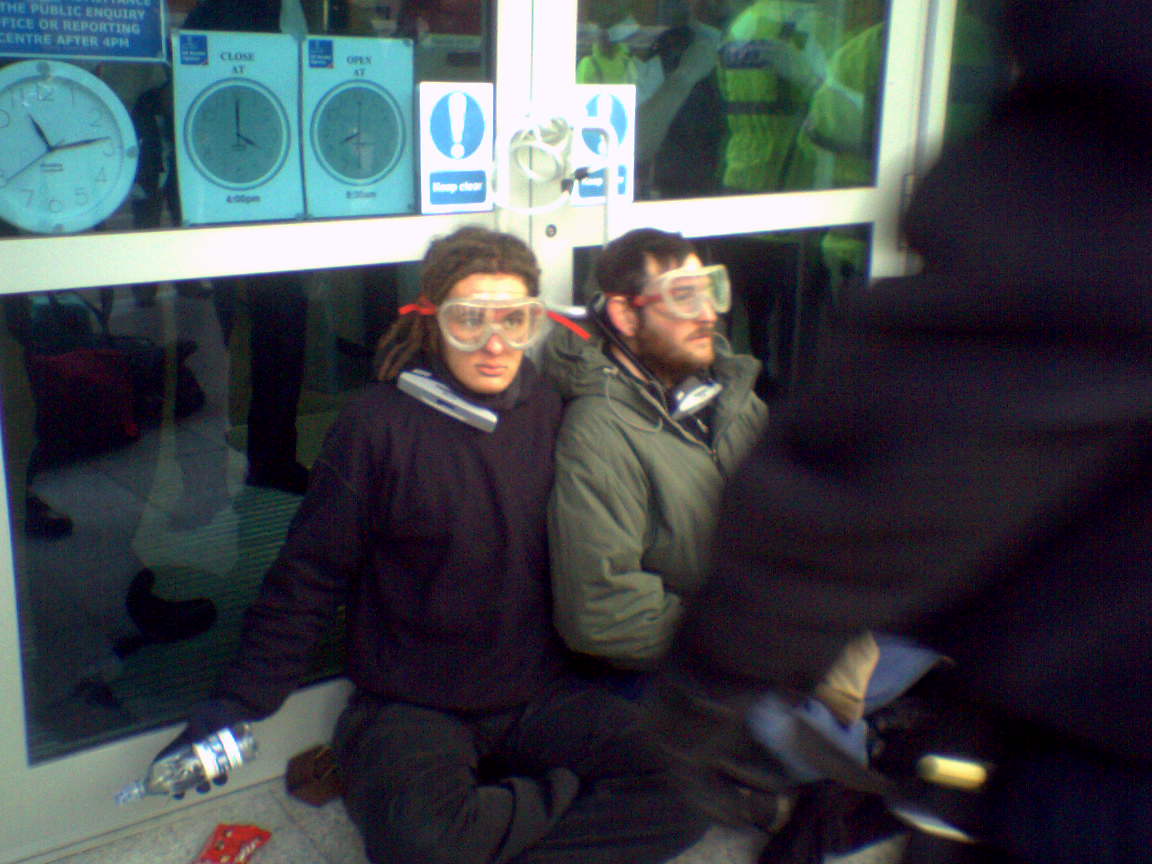 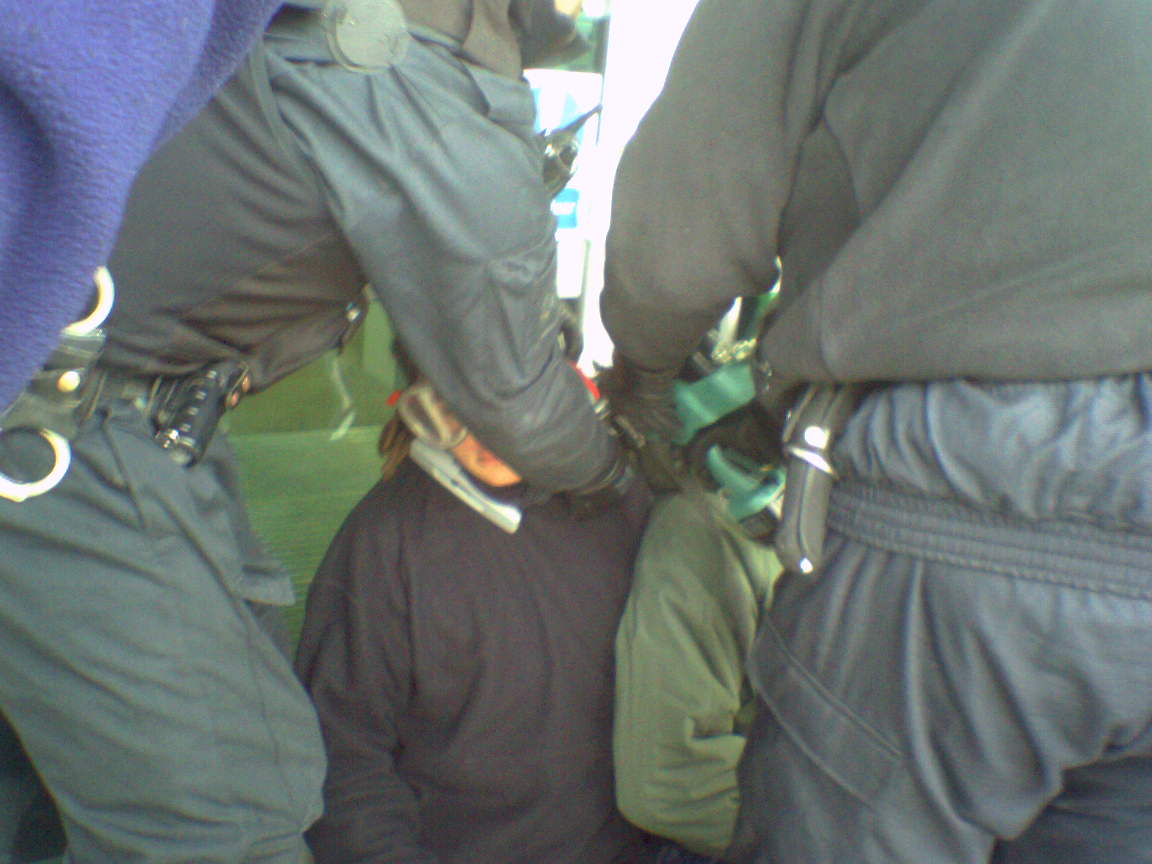 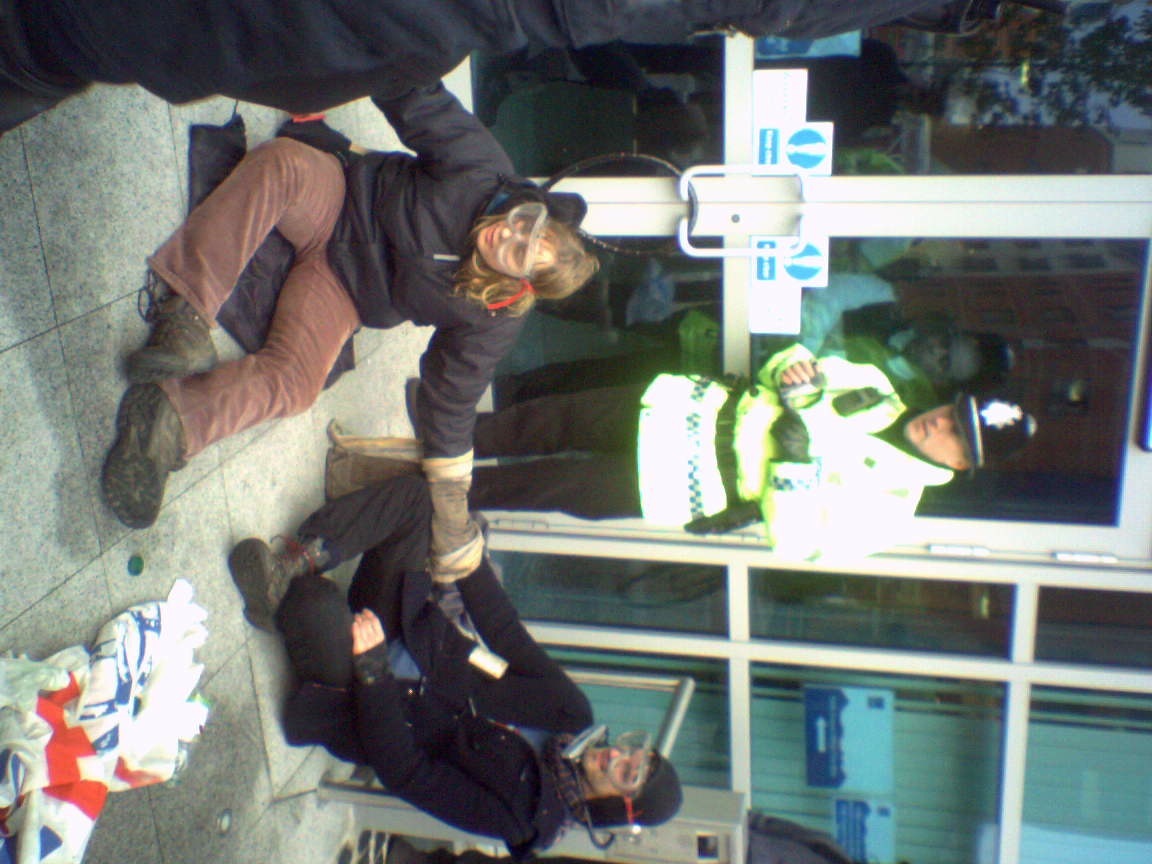 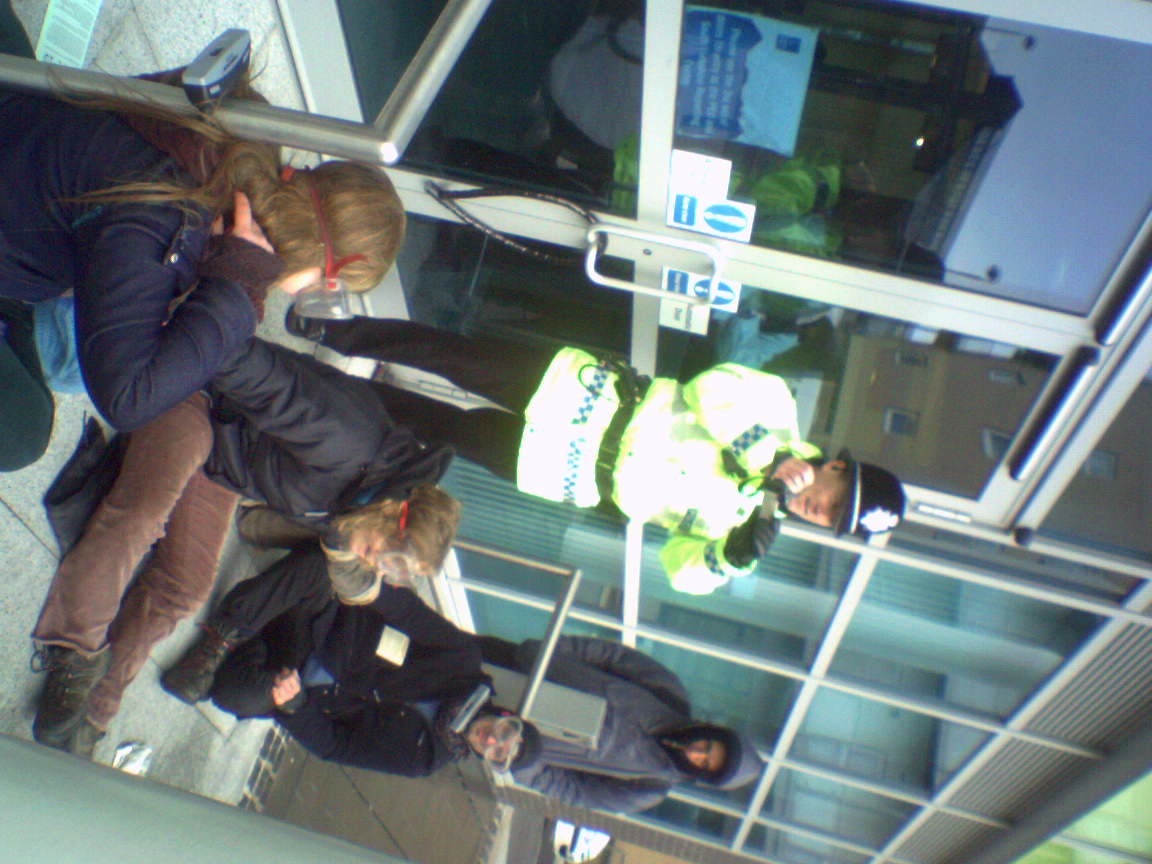 Apologies for the poor quality, just taken on my phone.