Athens Greece: Actions all over Greece as 16-year-old was shot dead by policeman

On Saturday 6th of December at around 10pm, two Greek policemen were in patrol in a central street by Exarchia square, in the center of Athens. They had a verbal argument with some young people who were there. During the argument, one of the cops pulled his gun and shot a 16-year-old guy twice. The victim was moved to Evangelismos Hospital to be found dead. According to eye-witnesses, the cop had been swearing against the young man, showing his genitals, before shooting him.

In a spontaneous response, thousands of people gathered in the centers of most of Greek cities. In Athens, people gathered outside Evangelismos Hospital, in order to prevent the cops from entering the building. A little later the riot police attacked in a street in Exarchia resulting to one person being arrested. The evening in Athens evolved with a spontaneous assembly in the Polytechnic University, a lot of riots in the whole center of Athens, including attacks against police departments and banks, until the early hours of the next morning. Meanwhile, a spontaneous demonstration took place, but it was confronted by the riot police with tear gas. Three more University building, the Economic, the Pantion and the Law School have been occupied.

Demonstrations in all cities of Greece have been announced for tomorrow afternoon, starting at 1pm.

According to the mainstream media, two Ministers offered their resignation, but it was not accepted by the Prime Minister. The two policemen have already been detained and accused for murder, while they insist that the bullet was shot on the air to keep the young men away, but it was reverted by a metal label towards the stomach of the victim. 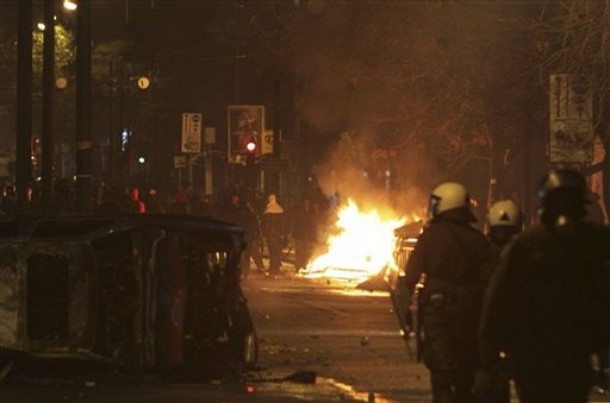 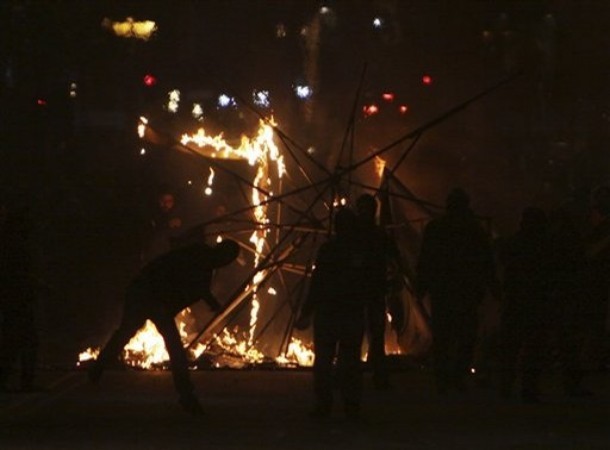 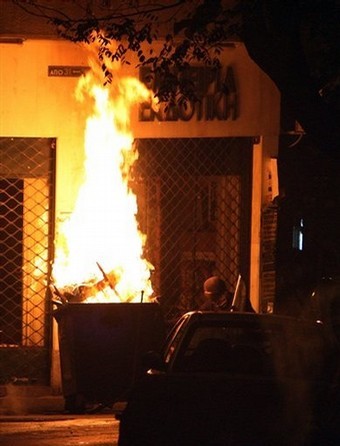 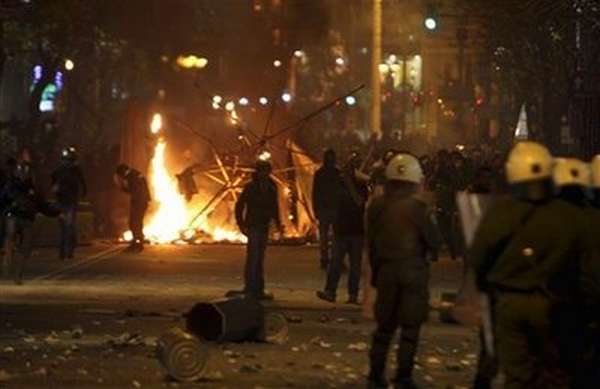 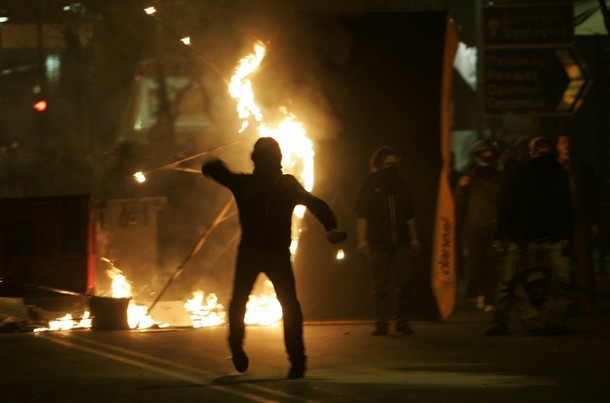 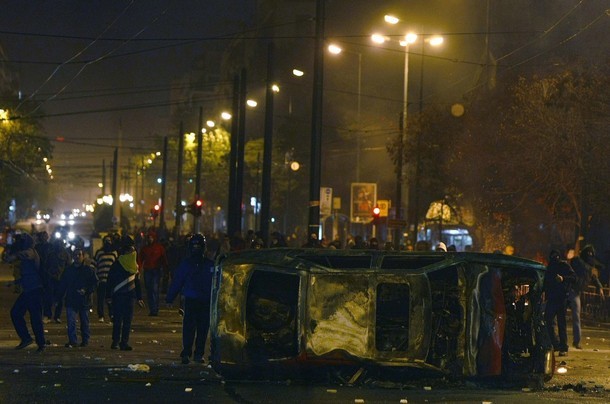 Twenty-four police were injured by objects thrown at them and were treated in hospitals, one remained hospitalized Sunday morning. Six people were arrested, five of them for theft from damaged stores and one for carrying a weapon, it said.

"We’ve never seen anything like this,” said a senior police official who requested anonymity because of his involvement in the investigation. “The tension is so thick you can almost cut it with a knife.

A demonstration was planned for later Sunday [today] in central Athens, and another was being planned for Monday.

Thousands of people continue to demonstrate from the centre of athens to the main police station in the exarthia. The anarchists supported by thousands of other people from around greece. At the moment, the police are throwing lots of tear gas at demonstrators. There is a lot of fire around the streets, in between the demonstrators and the police station.
Demonstrators have been on the streets since yesterday evening, after the death of a 16-year-old boy from a police shooting.

We have hear that in the demonstration, people are crying, because of the death of this child. Older people are joining in the demonstration, throwing stones at the police.
Head of internal affairs in the government, Prokopis Pavlopoulos, has offered his resignation, in order to absolve himself of responsibility for the police murder. Panayotis Xinofotis, another politician, has done the same. The greek president has so far refused to accept the resignations. The head of exarthia police station is currently being interviewed with the 2 policemen who carried out the shooting.

The police have now entered the university, which they are forbidden from doing, and are firing rubber bullets which are injuring demonstrators.

International media are stating that the police are taking a defensive role, and is showing demonstrators vandalising shops and cars. But footage is not showing the police violence, or mentioning that a kid was killed by police yesterday. This violence was started by the police yesterday when they turned up at the square where people gather, and started swearing at the kids there. The police car left, but then came back and shot one of the kids then left straight away. One hospital refused to accept the child, who finally died on arrival in another hospital.

For video footage of the demonstrations see:

Police brutality is not an isolated phenomenom. People's families are threatened, more people get tortured behind closed doors and the measures towards total control increase. The young man is not the first and certainly will not be the last victim of fascism. It is a call for everyone to wake up and stand against them. Demonstrations must be held throughout the world!