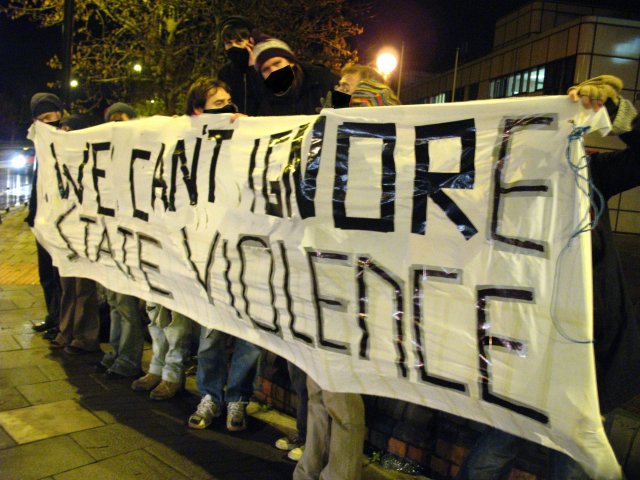 On Monday 8th December at 4pm, more than a dozen protestors gathered outside the BBC Centre in Newcastle, to demonstrate against state violence in Greece and around the world, and to show solidarity with the thousands of people who have been on the streets in Greece, since the police murder of a 16 year-old boy on Saturday evening.

International media coverage has failed to take seriously the extent of police violence in Greece, of which this is certainly not the first instance, focussing instead on the responses of the protestors. So as well as raising awareness of events in Athens and around Greece, we wanted to highlight the need for independent media coverage, in a world where investigative journalism is often replaced by copying and pasting articles from country to country.

Passing car drivers sounded their horns in support of the protest, and local people were keen to show support and discuss the issues. Protests continue in cities across Europe.