On Wednesday 10th, over two hundred people attended a march through Edinburgh city centre, in a vibrant protest against the murder of 16 year old Alexis Grigoropoulos. 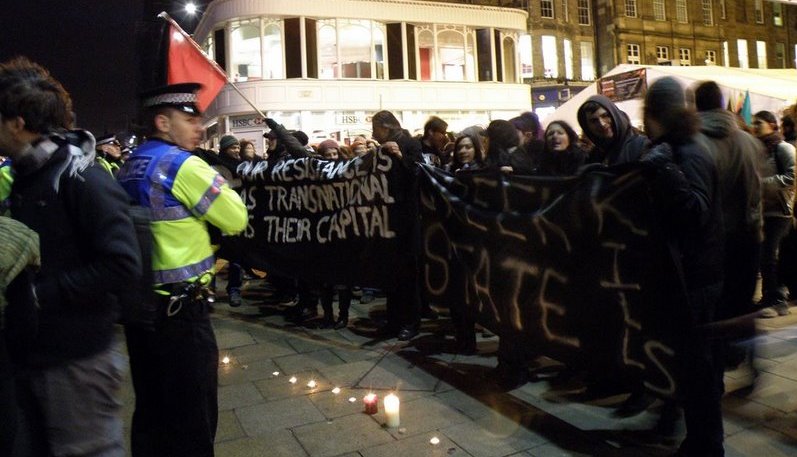 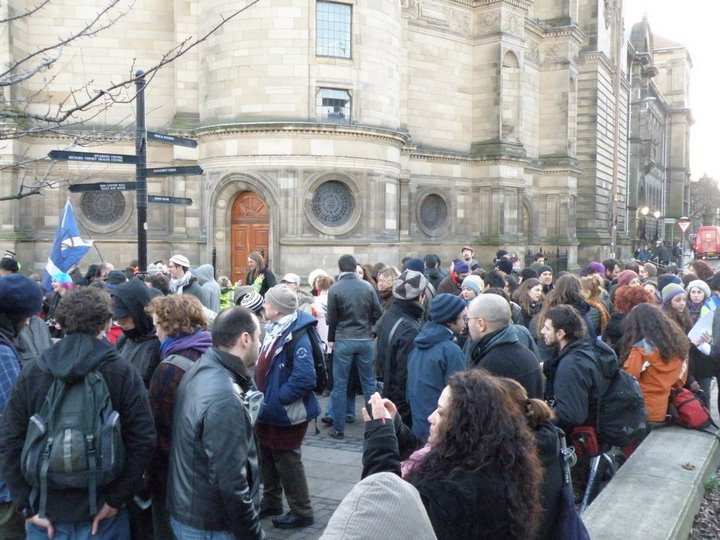 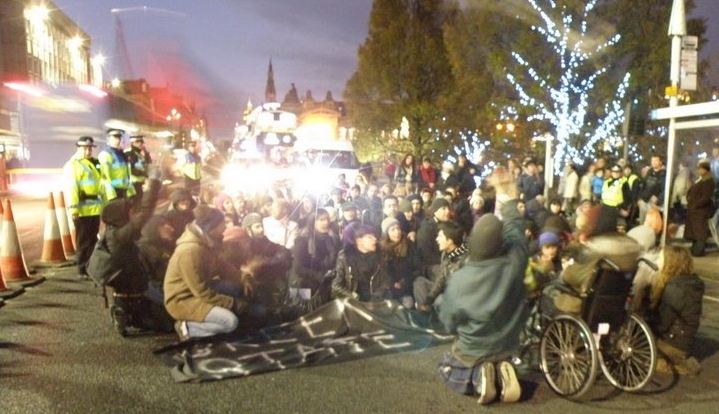 Sit down protest on the busiest street in Edinburgh (1) 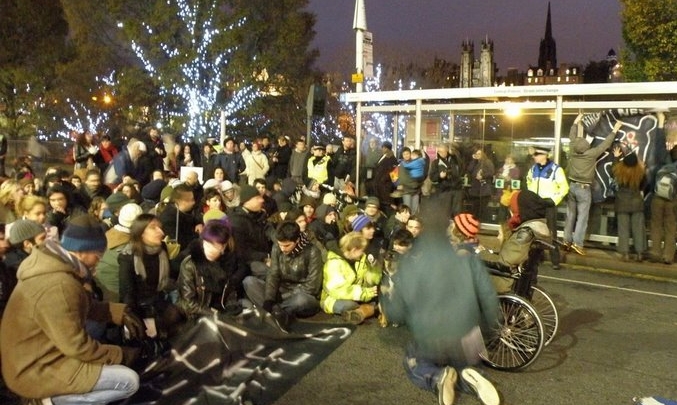 Sit down protest on the busiest street in Edinburgh (2)

Protesters gathered on Bristo Square at 3pm, and marched through the city centre. The march walked on the pavement at the request of the police, until half way down the mound, where the procession took to the road, initially with the cooperation of the police.

As the protest made its way onto princess street, there was a sit down protest, until the greek people who the police decided were organisers were threatened with arrest. At which point the march continued to its end point on the pedestrianised area of Castle Street, where candles were lit in memory of Alexis.

Banners read "Greek State Kills", "Our resistance is as transnational as capital" and "Who is next?". There were anti-government and anti-police chants, including "Cops! Pigs! Murderers!" in both languages, and "Greece is good for sea and sun, but police may kill your son" in English.

Greek people at the demonstration told Indymedia Scotland that they were angered by the biased reporting in the corporate media, which focuses on the property damage caused by rioting, and not on the political and social issues affecting Greek people.

The intense demonstrations in Greece have been sparked by the murder of the 16 year old boy, however the event has ignited broad dissent. Alexis is the latest in a long list of police murders, beatings and hospitalisations, including the well-known murder of 15 year-old Michalis Kaltezas in 1985.

The protests and industrial action in Greece have been increasing in intensity in the last few months, and due to the worsening economic situation, unpopular bank bailout, rising unemployment, rising cost of living, and the Greek governments public services cuts to name but a few problems.

The demonstration was organised by Greek students at Edinburgh University. Attendees were mainly Greek people living in Edinburgh and Glasgow, but many other people turned out in solidarity.

A short video of the protest in Edinburg