At 2.30 about 80 odd people had assembled outside Dalston overground station but the police quickly tried to kettle the crowd out of the way of the public insisting we hadn't the right to assemble within given consent. I counted 5/6 full vans within sight of where we were and the police lines managed to pen in about 60 odd people curtailing any possibilities for further action, this included most of the Greeks who'd come out for the action. 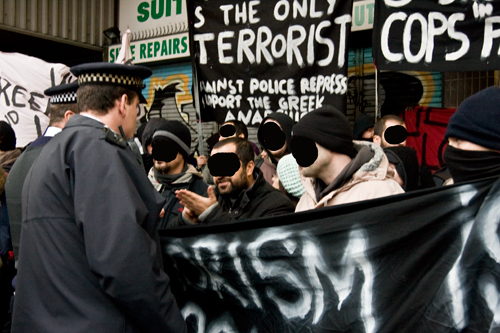 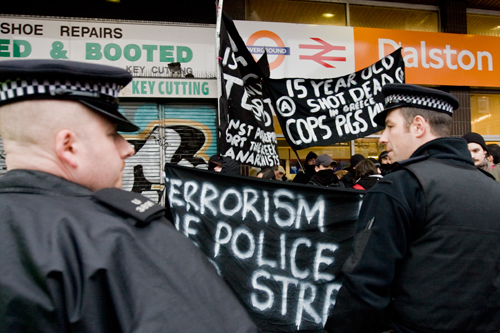 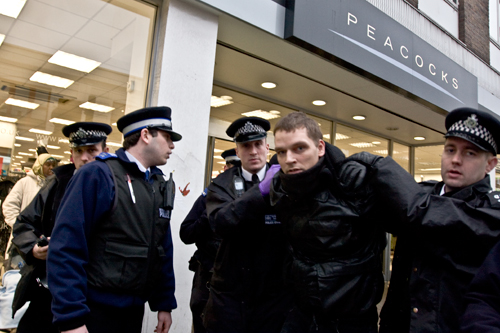 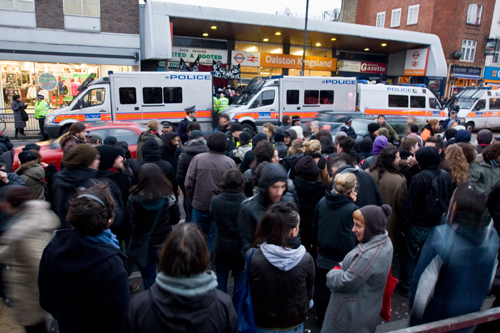 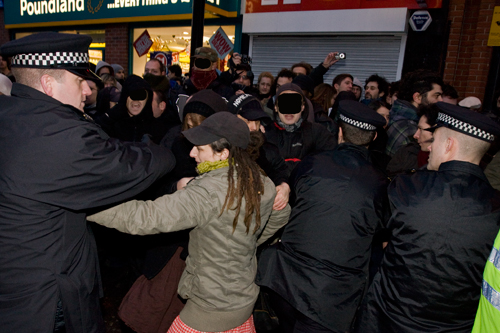 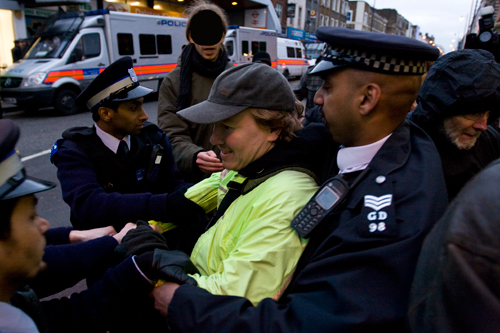 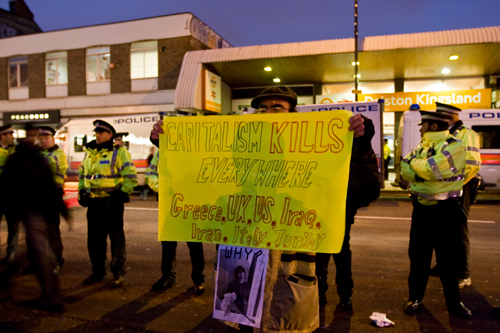 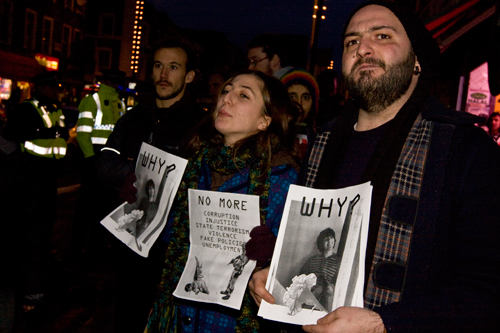 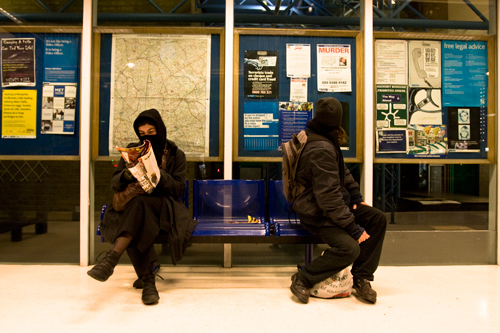 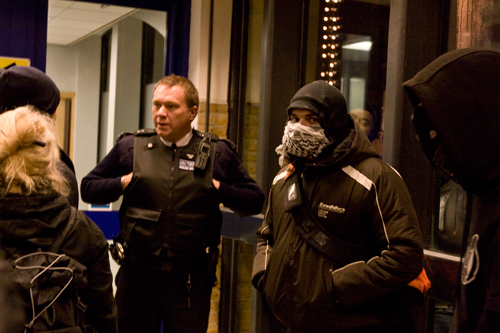 Meanwhile a crowd on the opposite side of Dalston High St. chanted support (mixture of some passers by) and managed to spill out onto the road stopping oncoming traffic. More police reinforced their end stopping them from infringing traffic but there iniative was appreciated by people who had been penned up. Despite a few pushes here and there, the police had held the crowd for best part of three hours with two known arrests.
Most decided to leave, and later a visit was made by a large crowd at the police station where our comrades were known to have been taken.

i counted another 6 (total of 12) vans when leaving the area of the demonstration. I then spoke to a couple of old ladies at a bus stop who informed me that buses had been diverted as the police had decided to close off the whole street and that sainsburys had kicked everyone out of the store (without giving them time to purchase their shopping) at about 4.00 apparently due to worries over the demonstration.
along with that and shutting off that entrance to the london overground it seems like the authorities did a pretty good job of causing disruption, even if they prevented the 2 (at one point 3?) separate groups of demonstrators and concerned passers by from having a wider impact.

Also it was nice to hear the english and greek chants echoed back from across the street by the larger number of demonstrators gathered there... the greek language sounds absolutely fantastic for angry chants by the way, even if like me you don't understand a word of it.