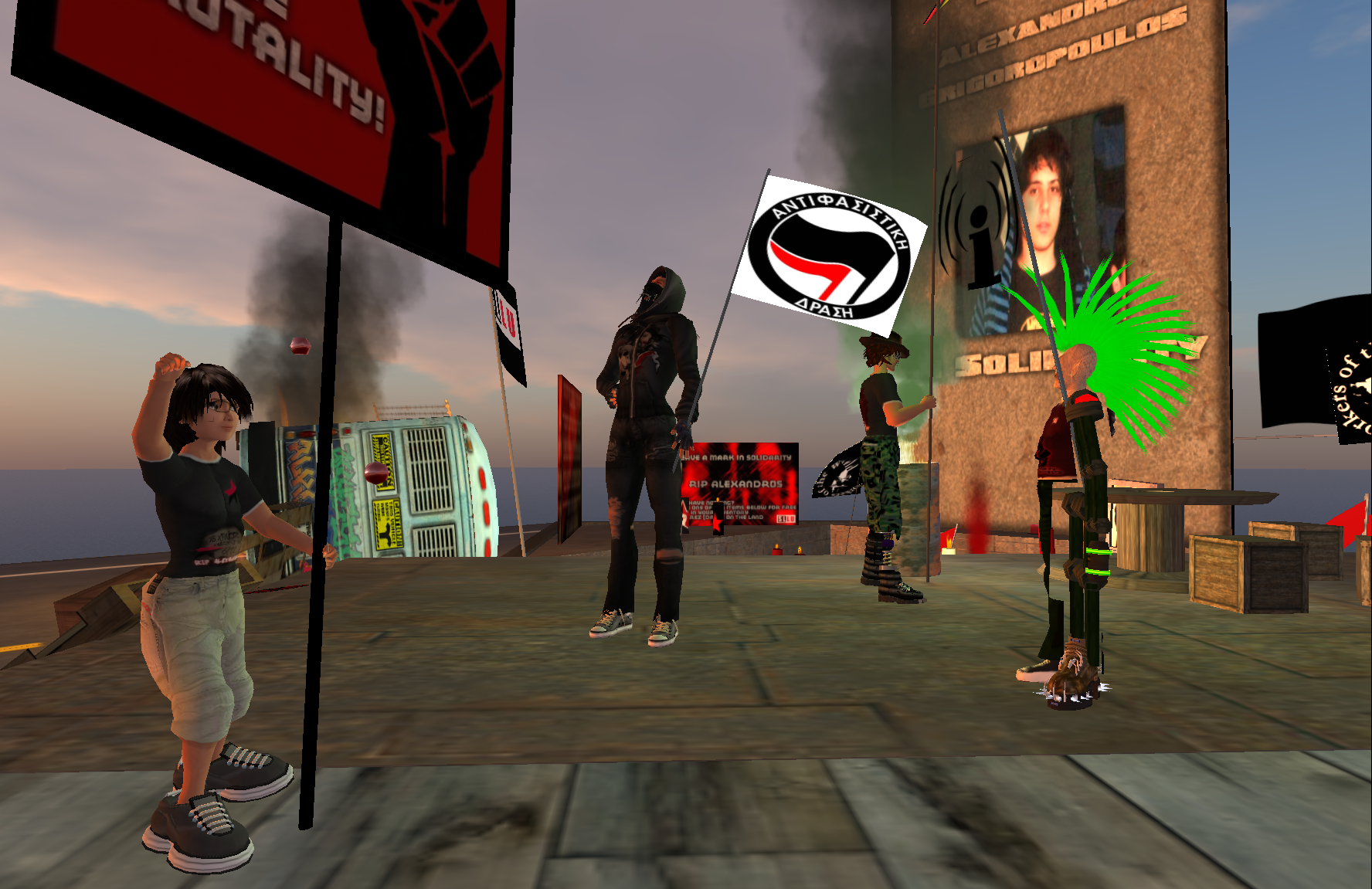 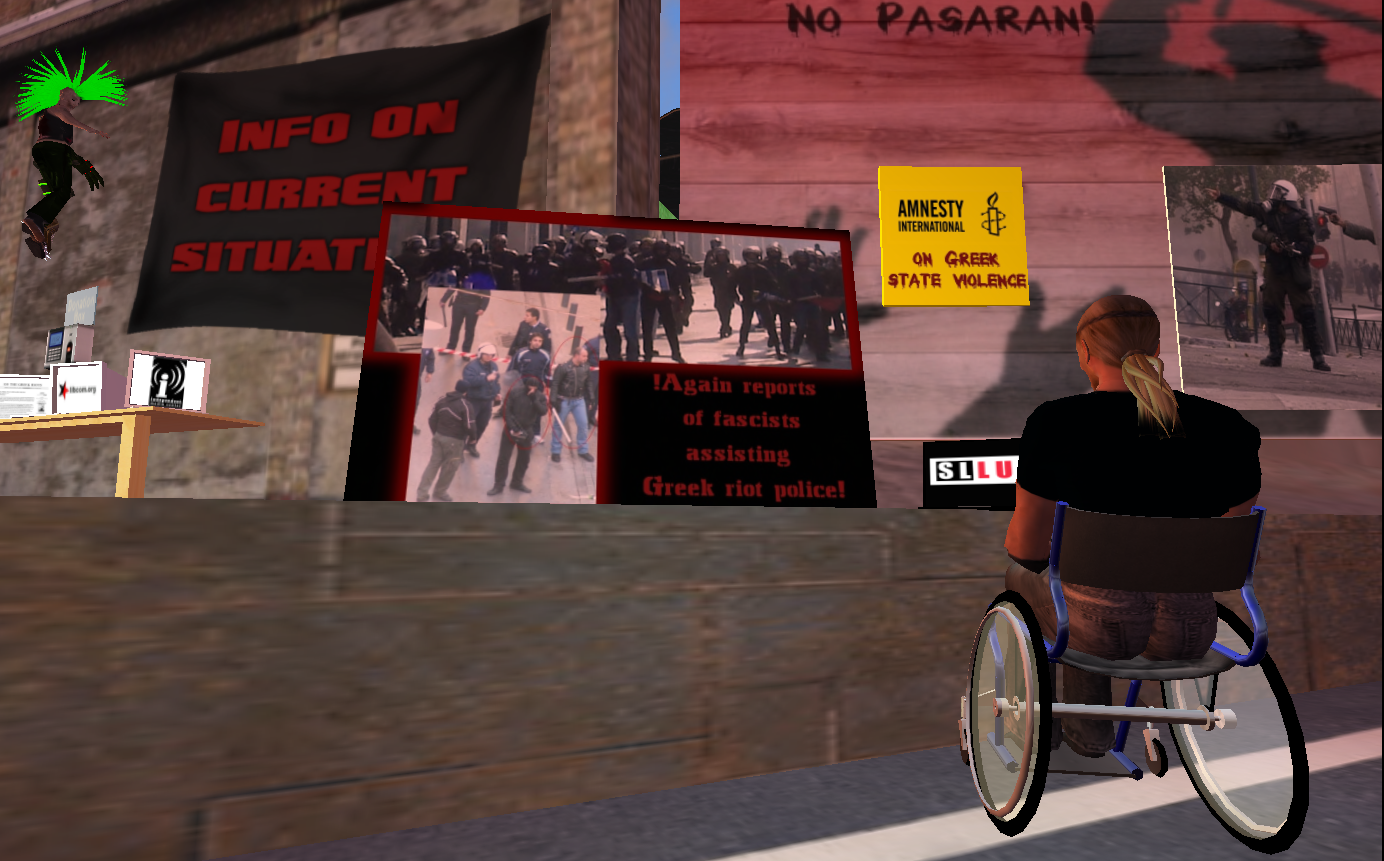 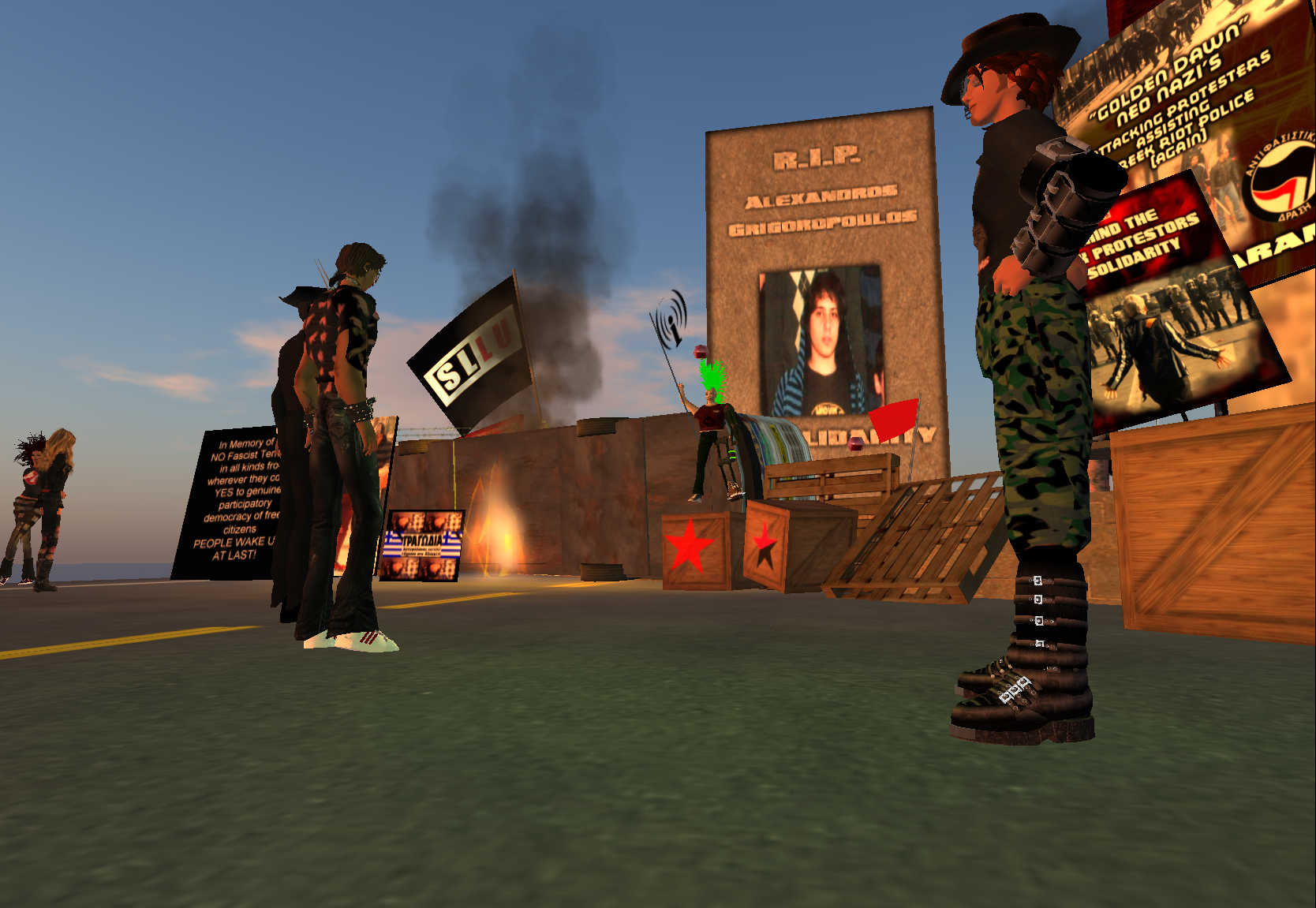 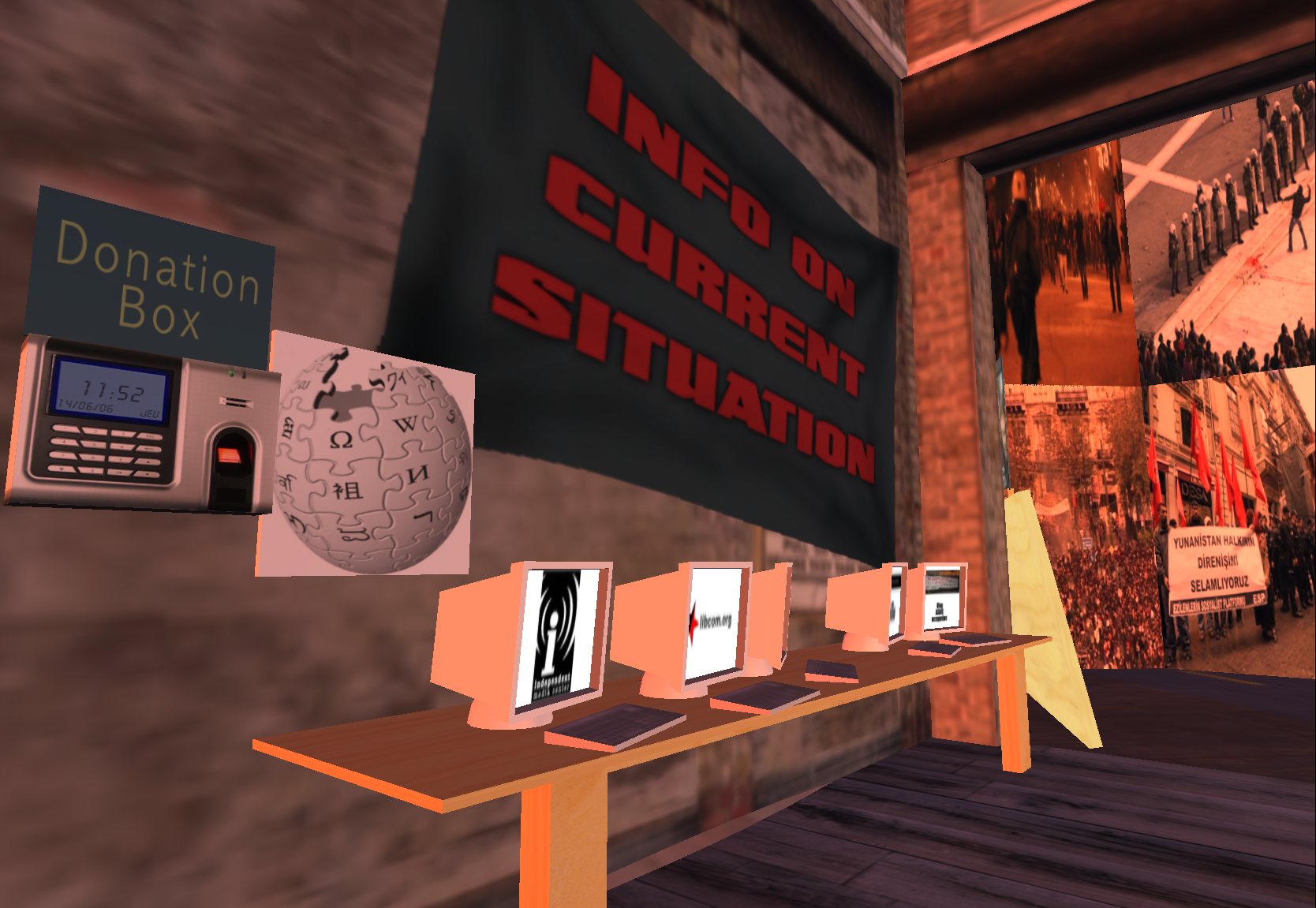 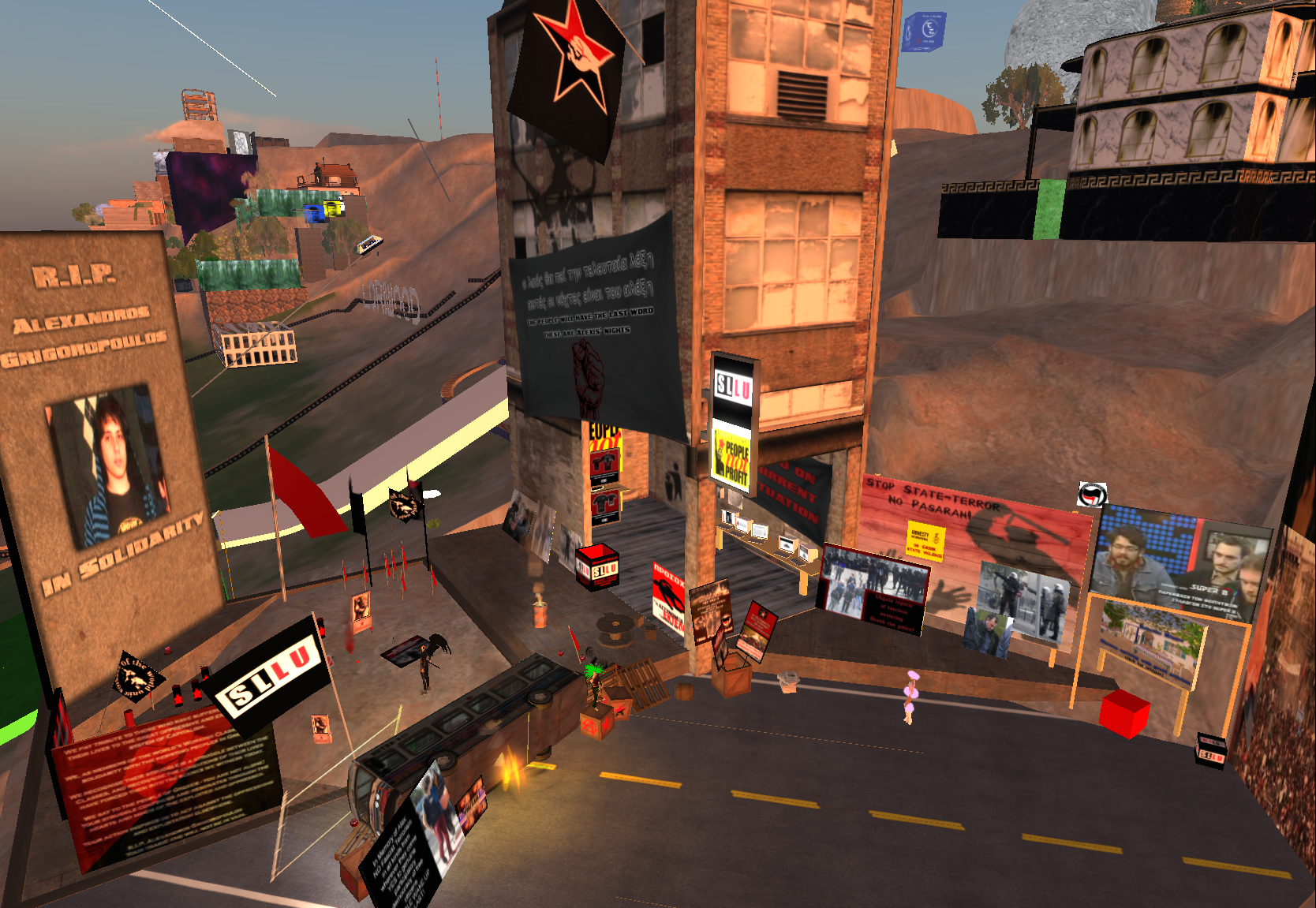 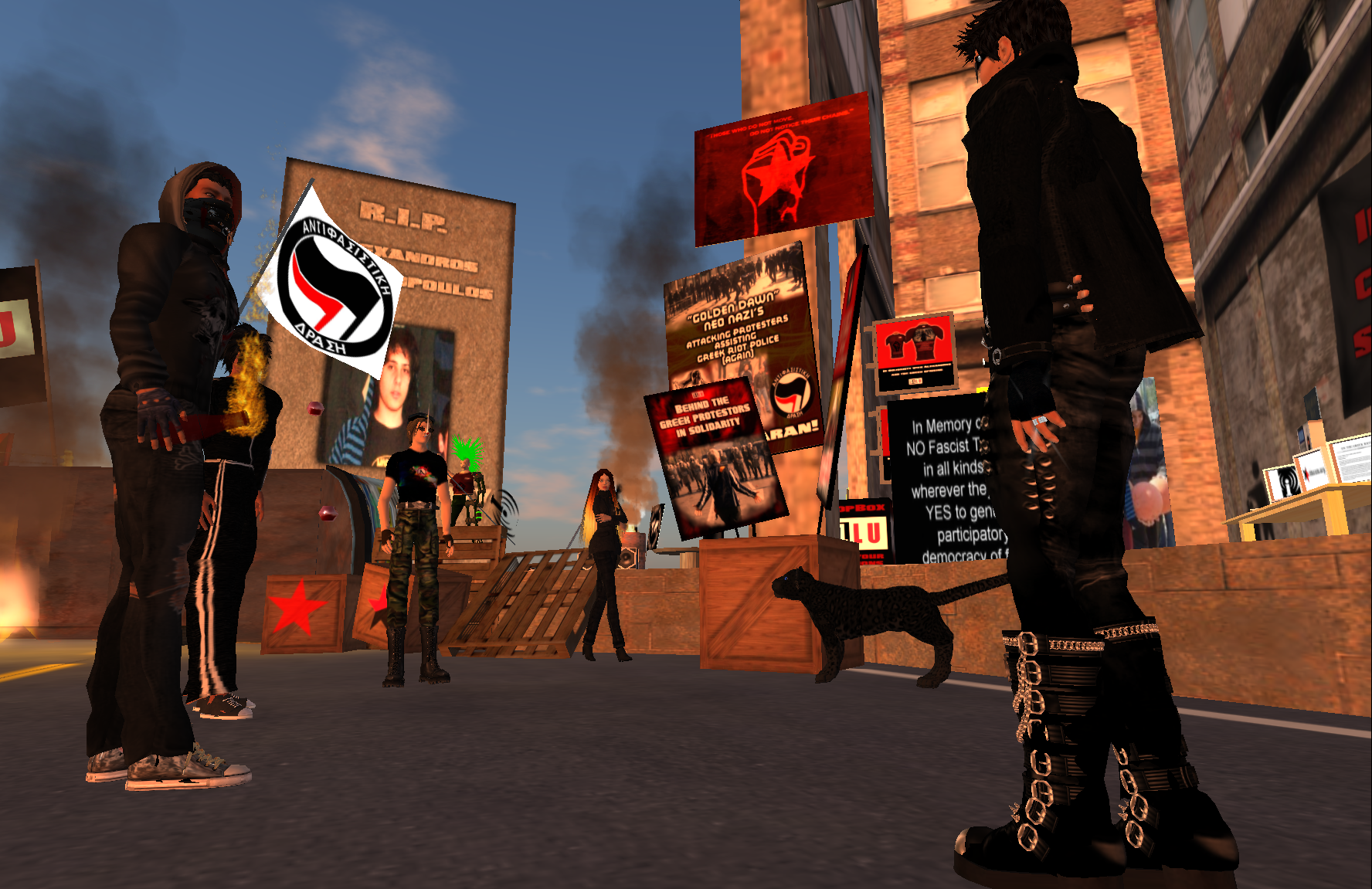 SLLU people from all over the world 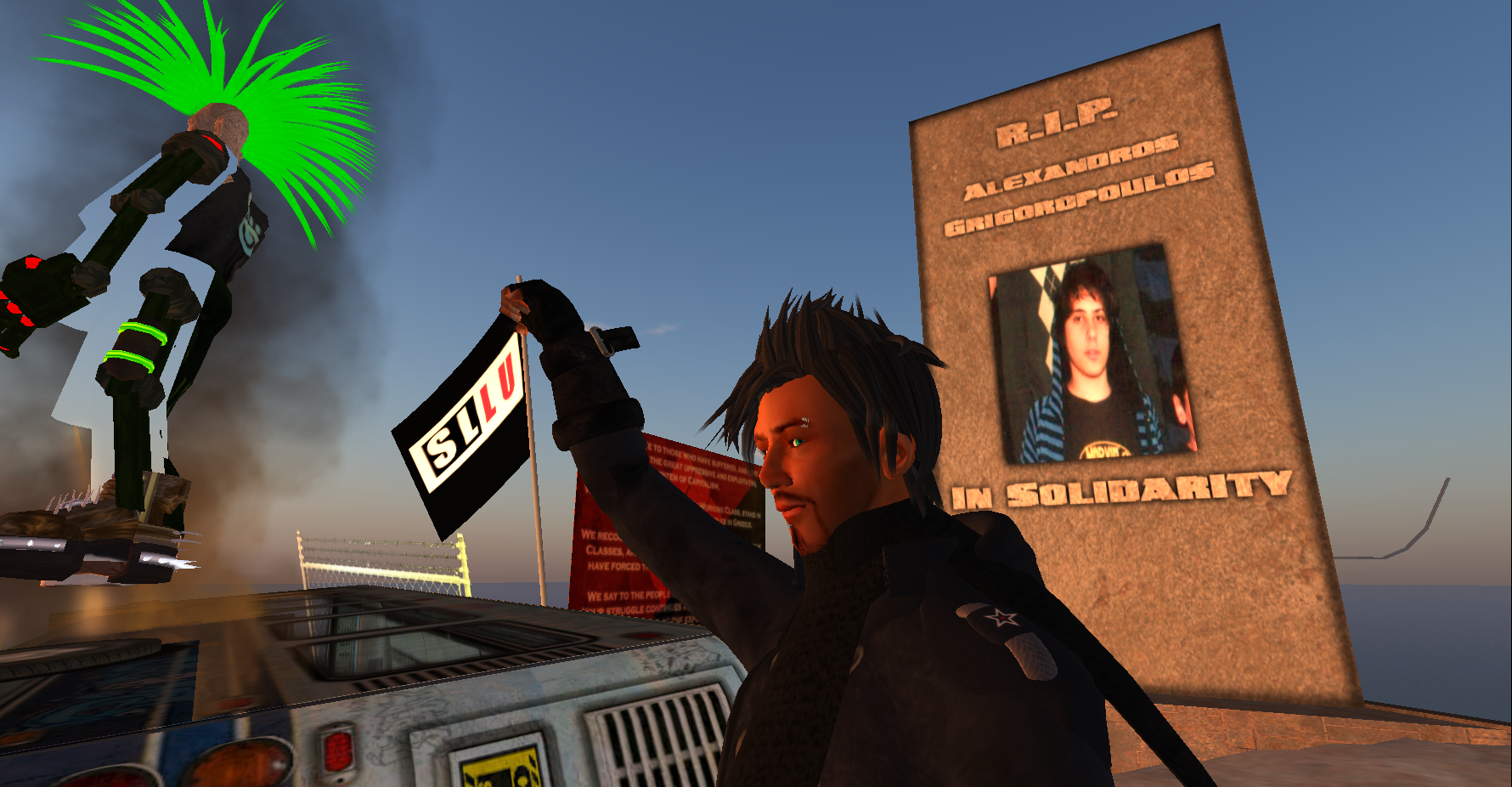 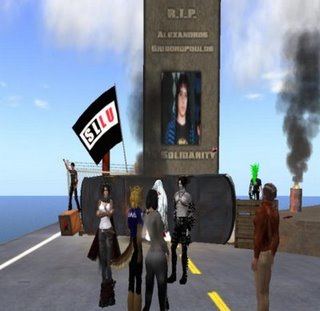 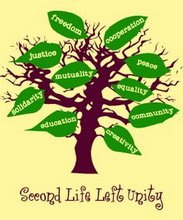 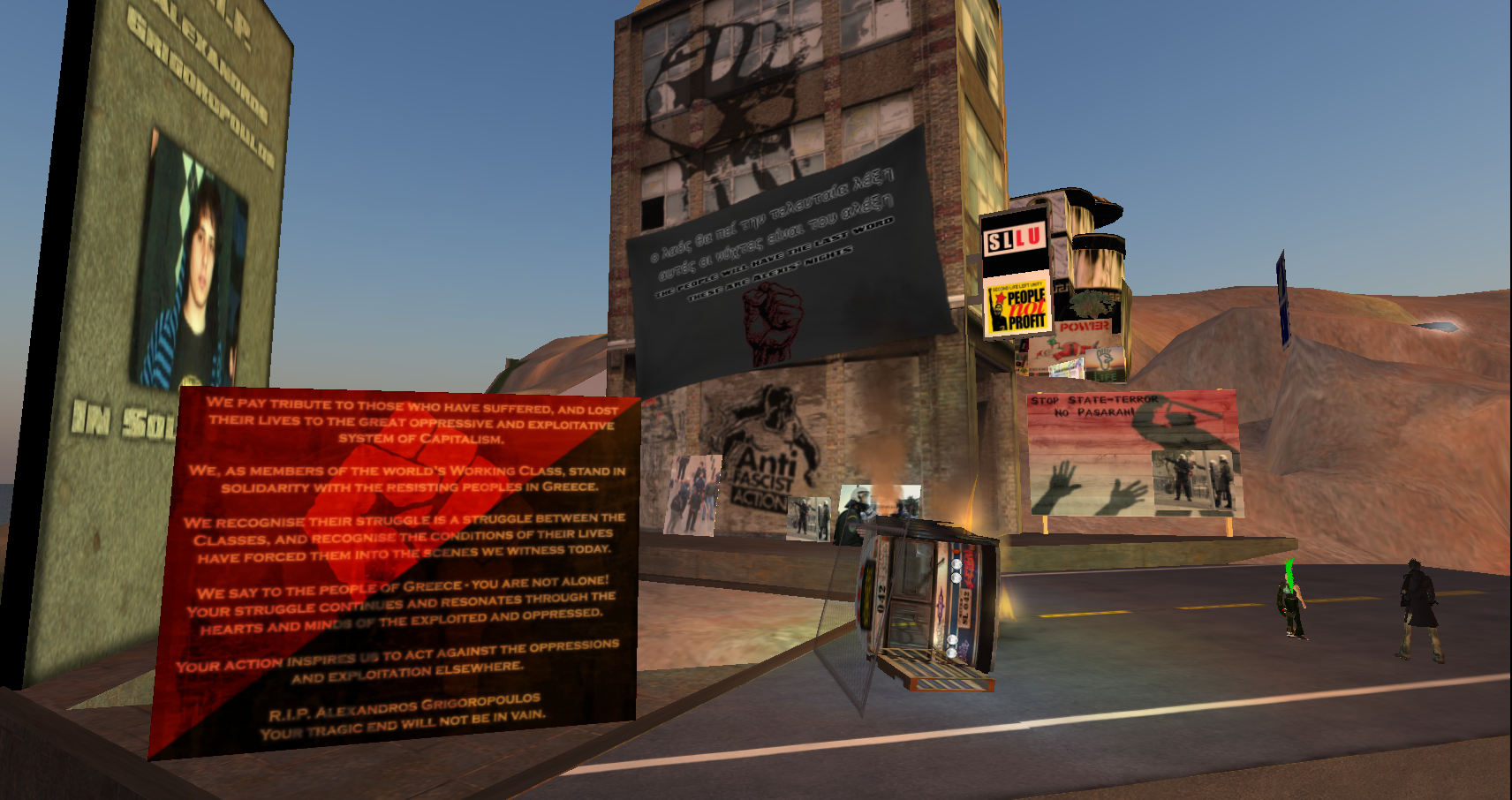 Individuals and groups organized through Second Life Left Unity (SLLU) have created an interactive media installation in the virtual world of Second Life in solidarity and support of the Greek protesters and for the remembrance of Alexandros Grigoropoulos, the Greek teenager who was murdered December 6, 2008 in cold blood by Greek police. This criminal act of state terror has been the spark of the consequent protests that have been raging on in for days in Greece.

This 3D internet site has been created to show the SLLU members and concerned SL citizens support and solidarity with the family and loved ones of Alexandros as well as to inform and spread awareness about the murder, the uprising and the historical context.

An independent media info centre is set up with links to various web sites about the current situation to counter one-sided news from the established, corporate controlled venues. Greek independent free radio can be listened to live at this metaverse location.

Second Life is an international platform where people from all over the world can engage in a 3D Internet environment (for free). Please join us there to show your support for tragic abuse of state power.

Take action, consider organizing protests yourself against state-supported fundamentalist-capitalist oppression anywhere, in cyberspace or on the streets!

SLLU has plans for more actions and events to cause attention to the situation, which will be announced at the solidarity protest place in SL, as well as on the SLLU blog (links below)

Please join us there to show your support for tragic abuse of state power.

INDEPENDENT, FREE (non-commercial, non-state) left news sources by the people, about the current situation in Greece: