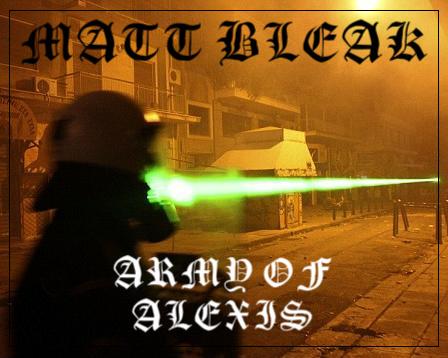 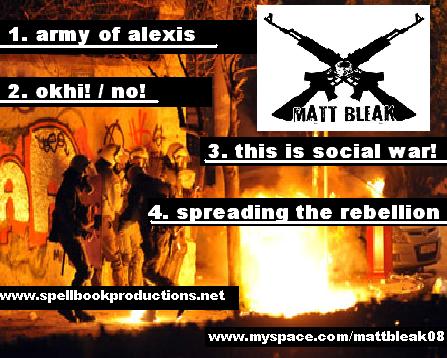 this release is dedicated to the rebels
fighting on the streets of greece and in
memory of all the victims of state-murder
by killers in uniform across the planet.
SPREAD THE REBELLION!
MAKE TOTAL DESTROY!!
matt bleak december 2008

*note - the tracks were recorded as one single
mp3 file.