Zapatistas in the autonomous municipality "16th February" have been subjected to death threats and detained by the authorities in the village of Las Maravillas. Edinburgh Chiapas Solidarity Group, who are twinned with "16th February", state: "We are very concerned about the situation in Las Maravillas. The authorities, who support the political parties, have threatened to kill the zapatistas because they have stood up for their principles." 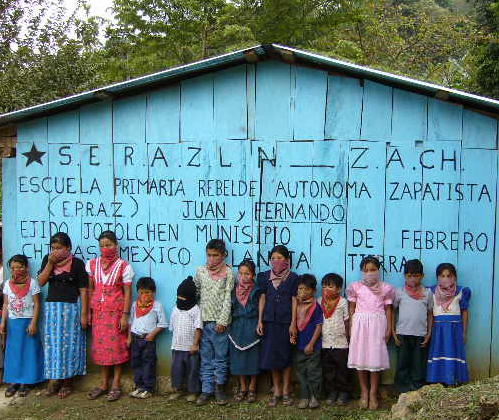 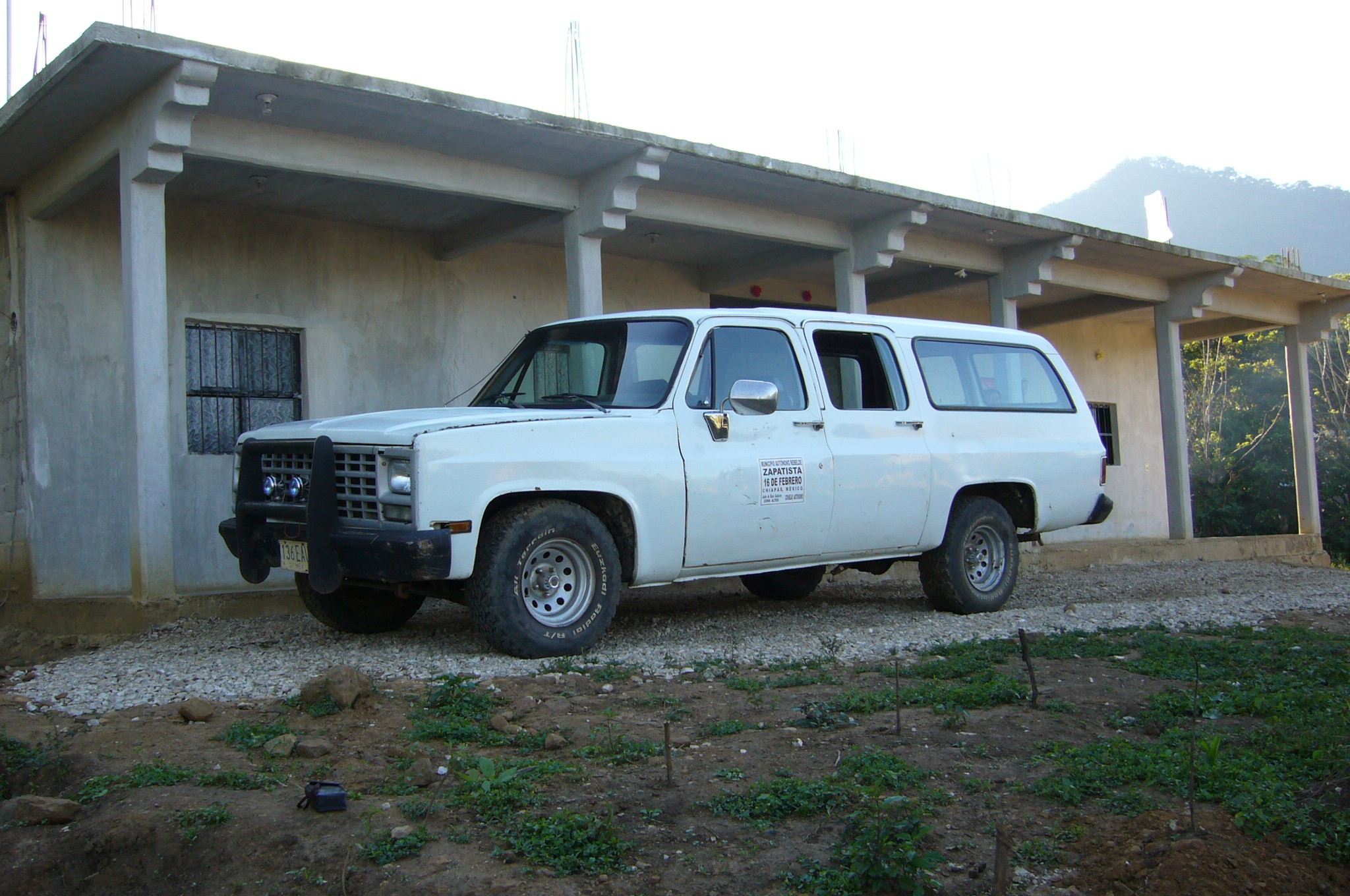 The zapatista Council of Good Government for the Highlands of Chiapas has issued a denunciation of the "violent and irrational attitude of the authorities of this community." Three zapatistas from Las Maravillas, Manuel Díaz Gutiérrez, José Ramírez Sánchez and Juan Hurtado Teratol, were arrested at 8.20am on 21st November by the police and authorities of the ejido (an ejido is a village with legally recognised communal lands). They were freed the same night at 11pm, but were then threatened with being killed, and threatened that if anyone supported them, then they would be killed too.

The background to these violent threats is that in the ejido Las Maravillas in 16 de Febrero, there are both zapatistas and non-zapatistas. The non-zapatista authorities, supporters of political parties, have told the zapatistas that they have to work on, and pay money towards, a building where the women of the community who participate in the government programmes will meet. As the zapatistas are in resistance and do not participate in these government programmes, they believe it is unjust to try and force them to make payments towards, or work on, the government projects.

The zapatistas state that they believe that everyone should work on projects which benefit the whole community, such as water or electricity systems, or the school, but that it is unjust that they should have to work on and pay for projects which are only for the use of the government supporters in the community.

Despite the intervention and support of the Council of Good Government at Oventik, the authorities at Las Maravillas jailed and threatened the zapatistas.

"We of the Council of Good Government energetically condemn the violent and irrational attitude of the authorities of this community.....

We ask with what right do those affiliated to the political parties issue death threats to our comrades just for the simple fact of belonging to an organisation and not to a political party like them, which only divides and confuses the people, and provokes conflicts between brothers of the same community.........

As the Councils of Good Government, we say clearly to the authorities, local, municipal, state and federal, that if anything happens to our zapatista comrades, because of all the threats that the people of your political parties have been making, then you will be the ones principally responsible for anything that might happen.

Thus we make this denunciation in order that all the people in our country and in the world are informed about the actions that the bad government, and municipal and local government authorities, are taking against the EZLN.

For the moment this is all we have to say, we will continue informing and denouncing whatever might happen."

Zapatista Autonomous Municipality in Rebellion "16th February" consists of around 40 villages in the Highlands of Chiapas. It is one of over 30 Zapatista autonomous municipalities where the indigenous people are creating their own education, health, and justice systems on communally controlled land. Through village assemblies, autonomous councils and the five regional Councils of Good Government the Zapatistas are running their own affairs independently of the state.

Repression against the zapatistas has increased recently, possibly due to the Mexican state's fear of the zapatistas attempts to link-up different struggles from below, through "The Other Campaign".

Edinburgh Chiapas Solidarity Group has been twinned with "16th February" since 2004 and has raised over £18,500 towards the municipality's first health clinic and its four primary schools. In addition the Group distributes amber jewellery and textiles from the craft co-operatives in "16th February."