Just because it is Christmas doesn't mean HLS will stop. Neither
will SHAC. Just because they bang up activists, HLS won't take a
break. Neither will SHAC.

On 24th December we paid early Christmas presents to those who fund, buy
and support the animal torture at HLS. 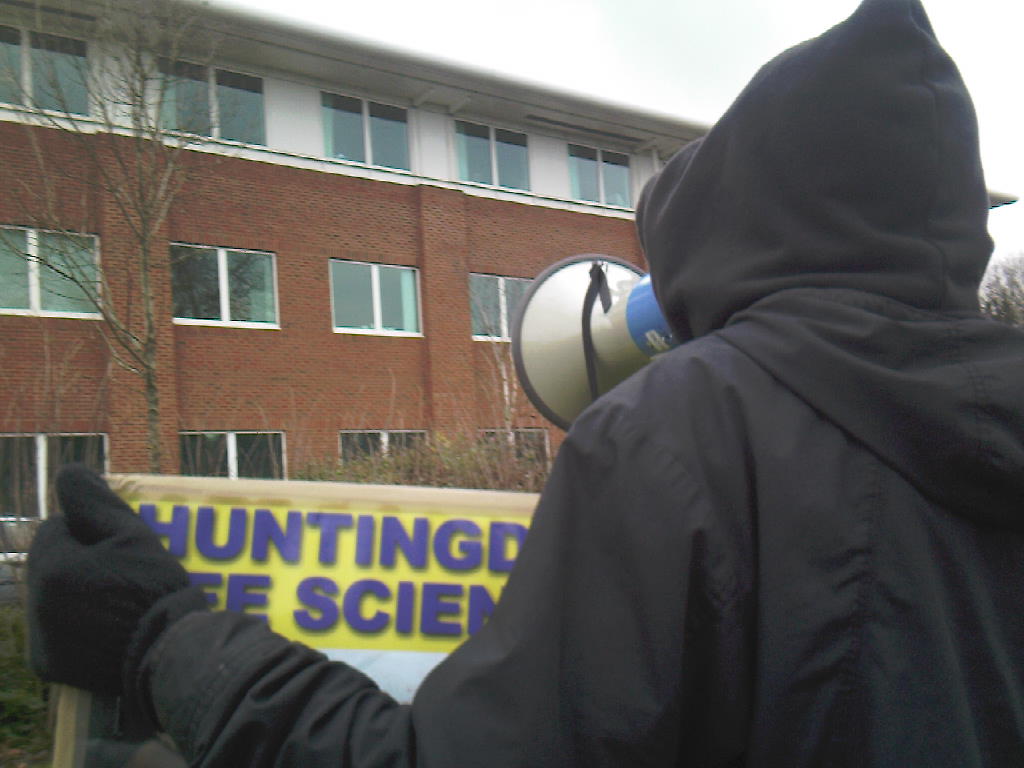 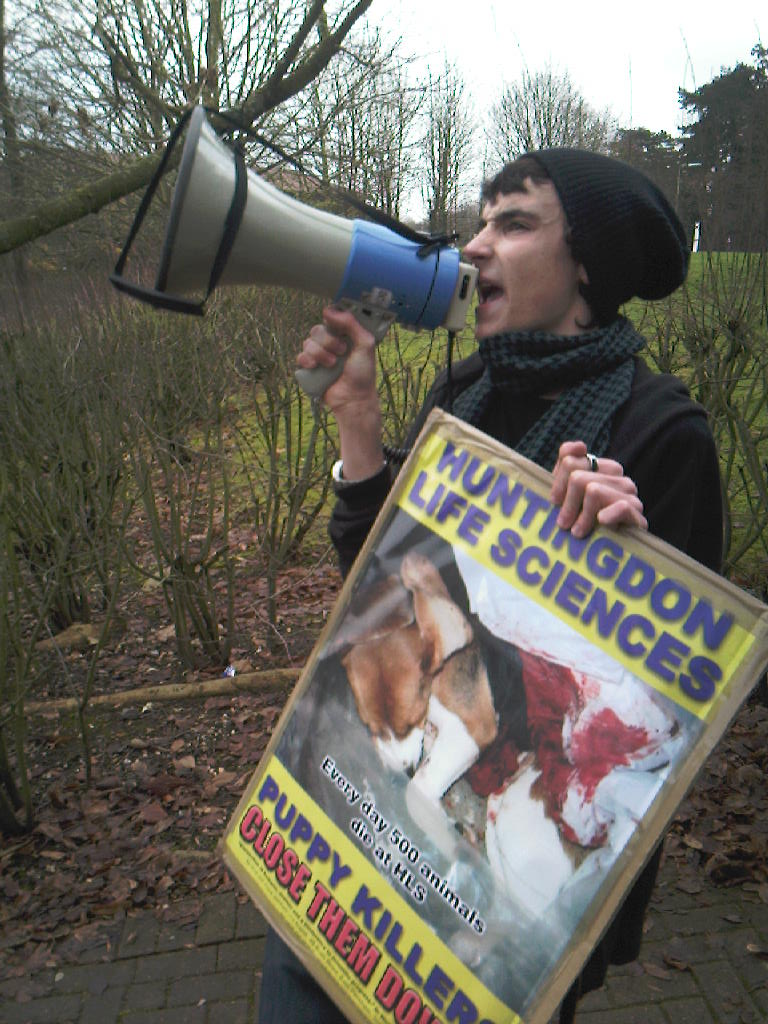 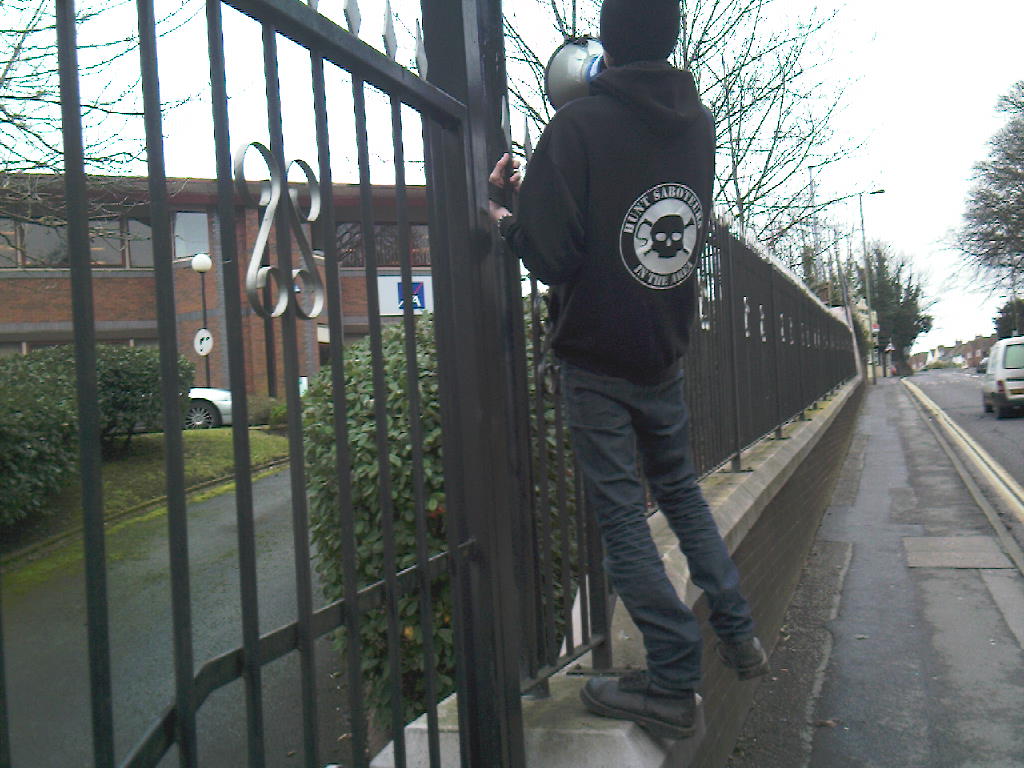 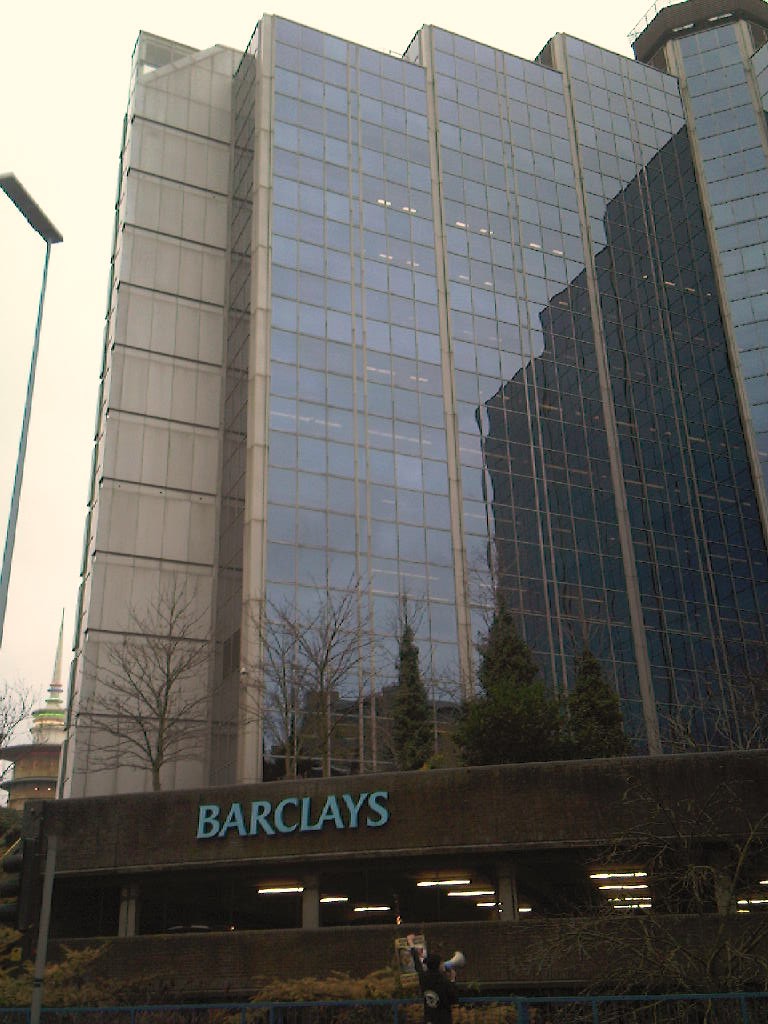 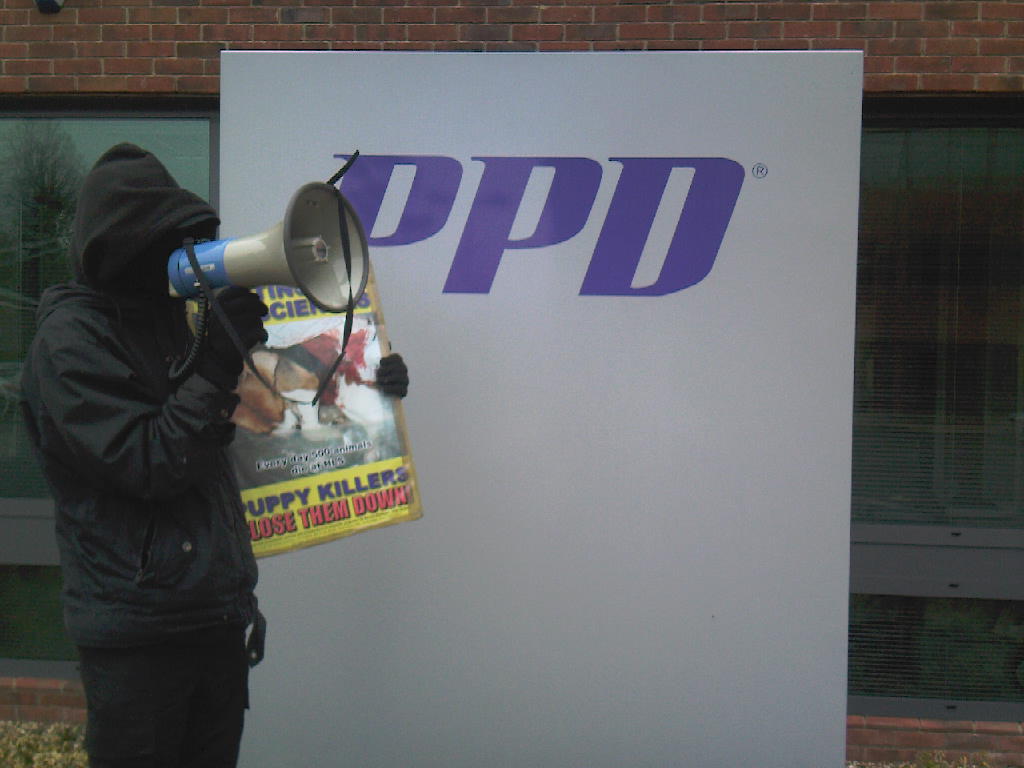 We arrived in the morning at Steris and despite the big articles on SHAC
in all of the major newspapers, we received amazing support from everyone
who pass. Steris as always retreated to their back offices and workers
were seen running through the main doors to escape our passionate
speeches.

Next on to Cardinal Health who were expecting us to have taken Christmas
off. Gone were the usual hoards of security that normally guard their
dirty secrets and out came one security guard who filmed the whole of our
demo on his camera phone. Workers were wished a happy Christmas and asked
to remember the animals who will suffer at HLS over the holiday period.

We then hit AXA in central Basingstoke. This company are major players in
the NYSE who could help het HLS kicked off it. We stayed long enough to
make our presence felt and had security running in circles trying to work
out how to shut us up. After giving out handfuls of leaflets about the sex
offenders and druggies testing on animals inside HLS, we decided to leave
with seasonal peace and goodwill to all.

We jumped over the road and down into the heart of Basingstoke to name and
shame Barclays. Security came running down the road to tell us to tell us
that our protests didn't matter because no one in the building could
hear us. Their quick response to the demo leads us to think otherwise?
People of Basingstoke were more than sympathetic to the campaign and one
lady even told the security guard he was being stupid by telling members
of the public that The Times (that respectable old newspaper) said that we
were all criminals.

On our way home we stopped to remind PPD in Winchester that our passion
and hatred for HLS is for life, and not just for Christmas. When we were
sure that all the workers would have the images of abused beagle puppies
in their minds as they headed home early, we left.
Our demos today were dedicated to Gerrah, Gavin, Heather, Natasha, Greg
and the two Dans. Solidarity, love, liberation and a Merry
Christmas.