In December 2008, a graffiti commemorating seven murdered antifascists was sprayed in Bochum, Germany, by the local antifascist groups Azzoncao and AJB.
This multilingual article documents the tagging-process (photos) and the groups’ statement. 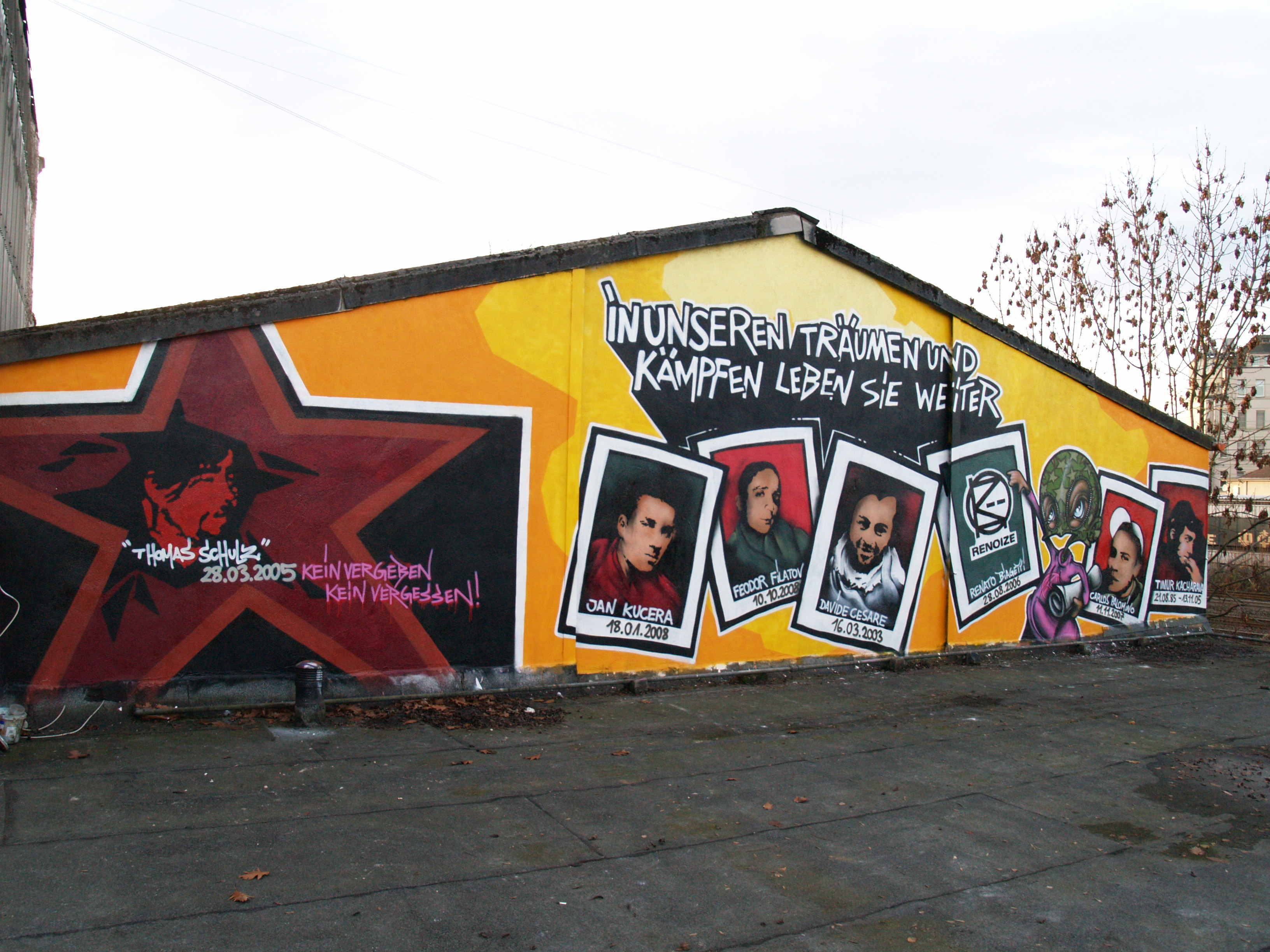 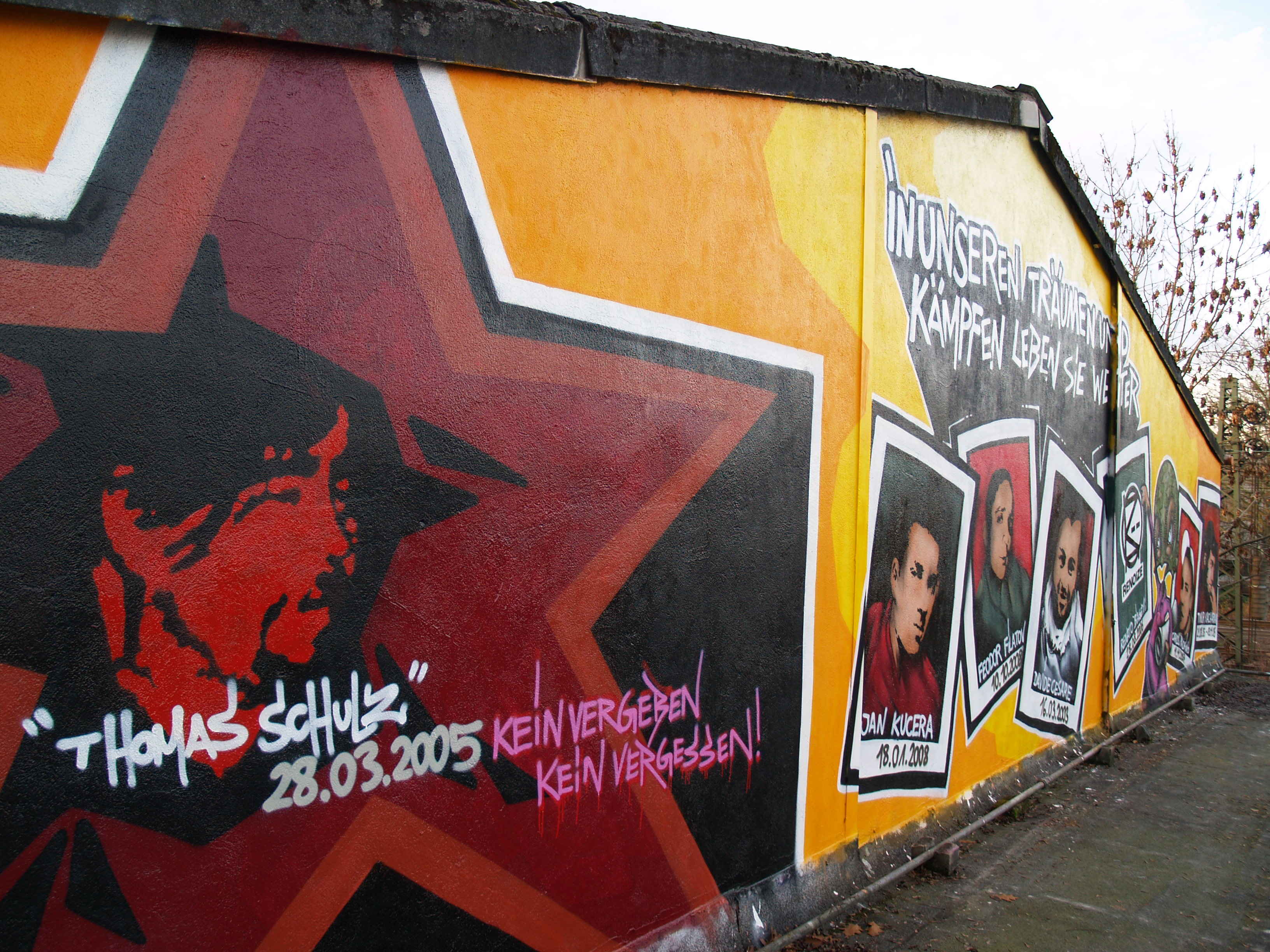 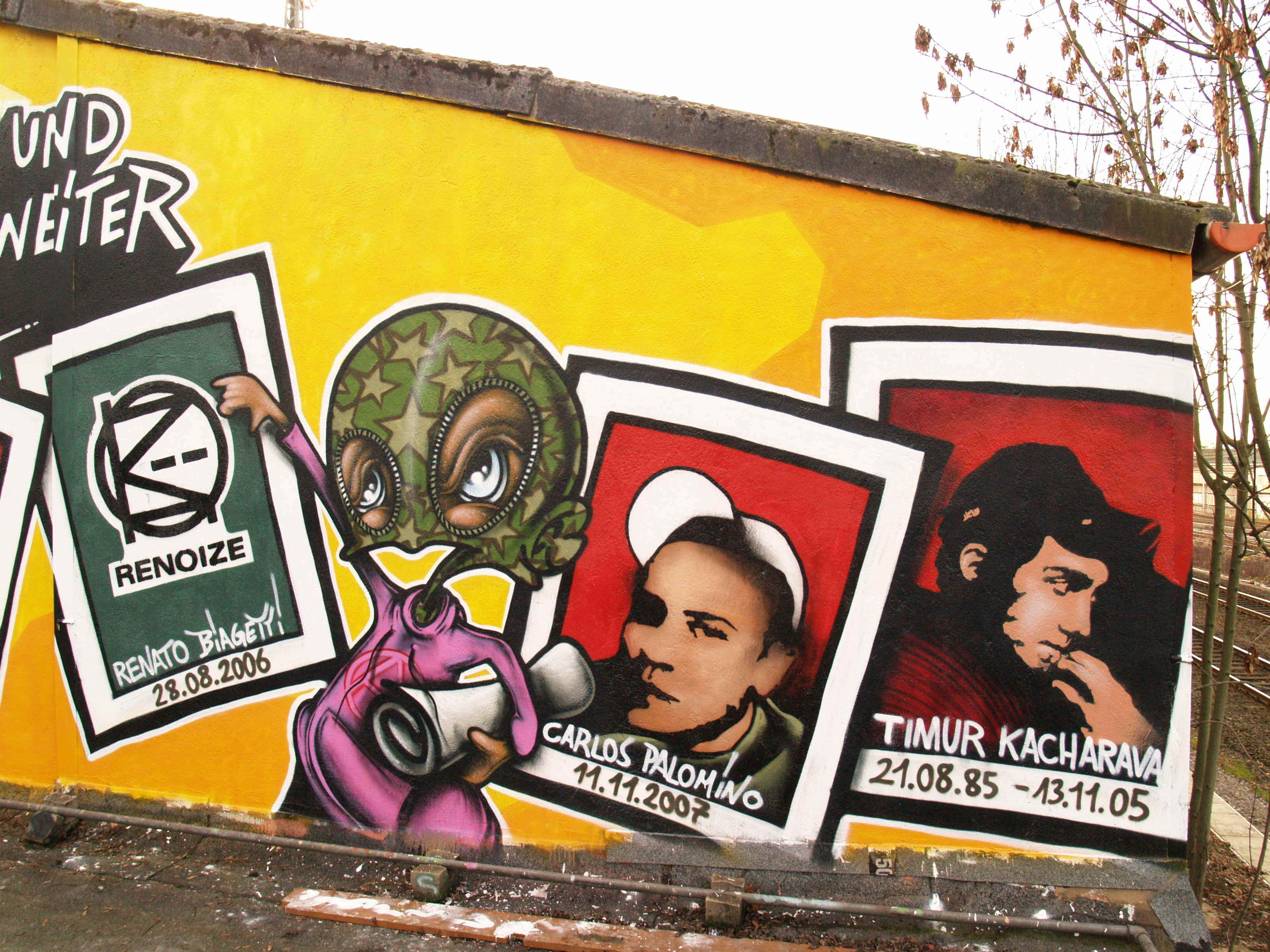 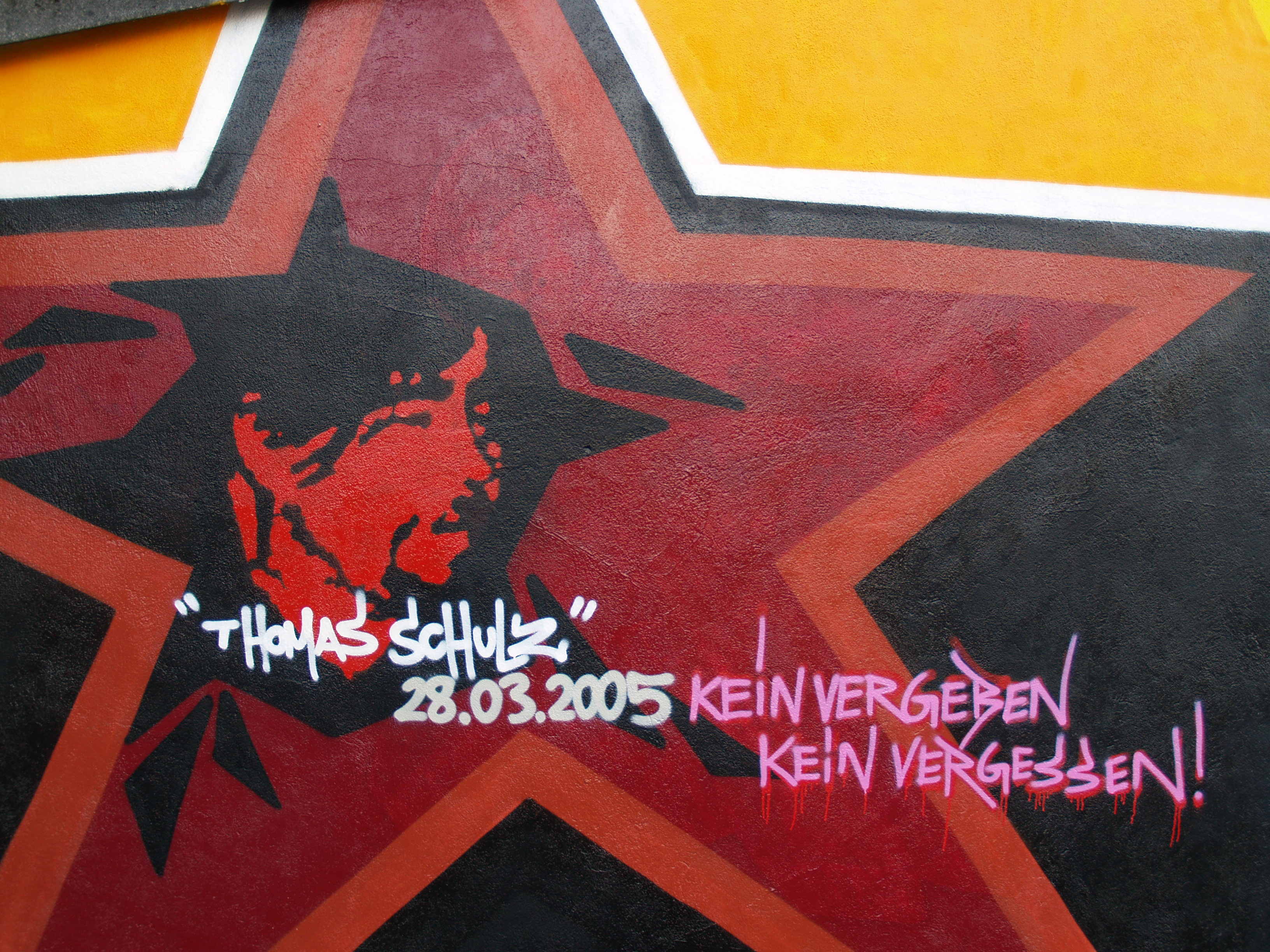 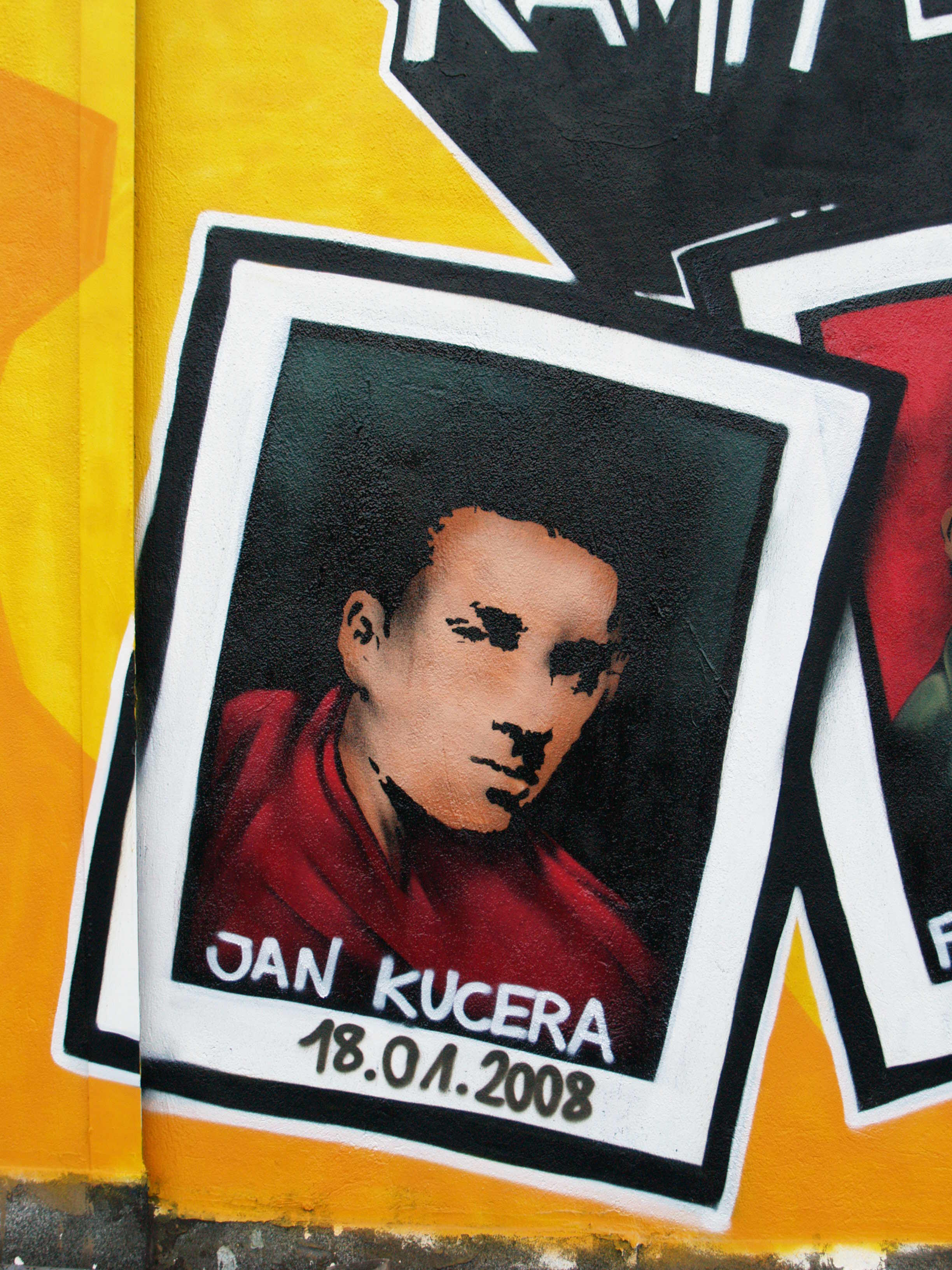 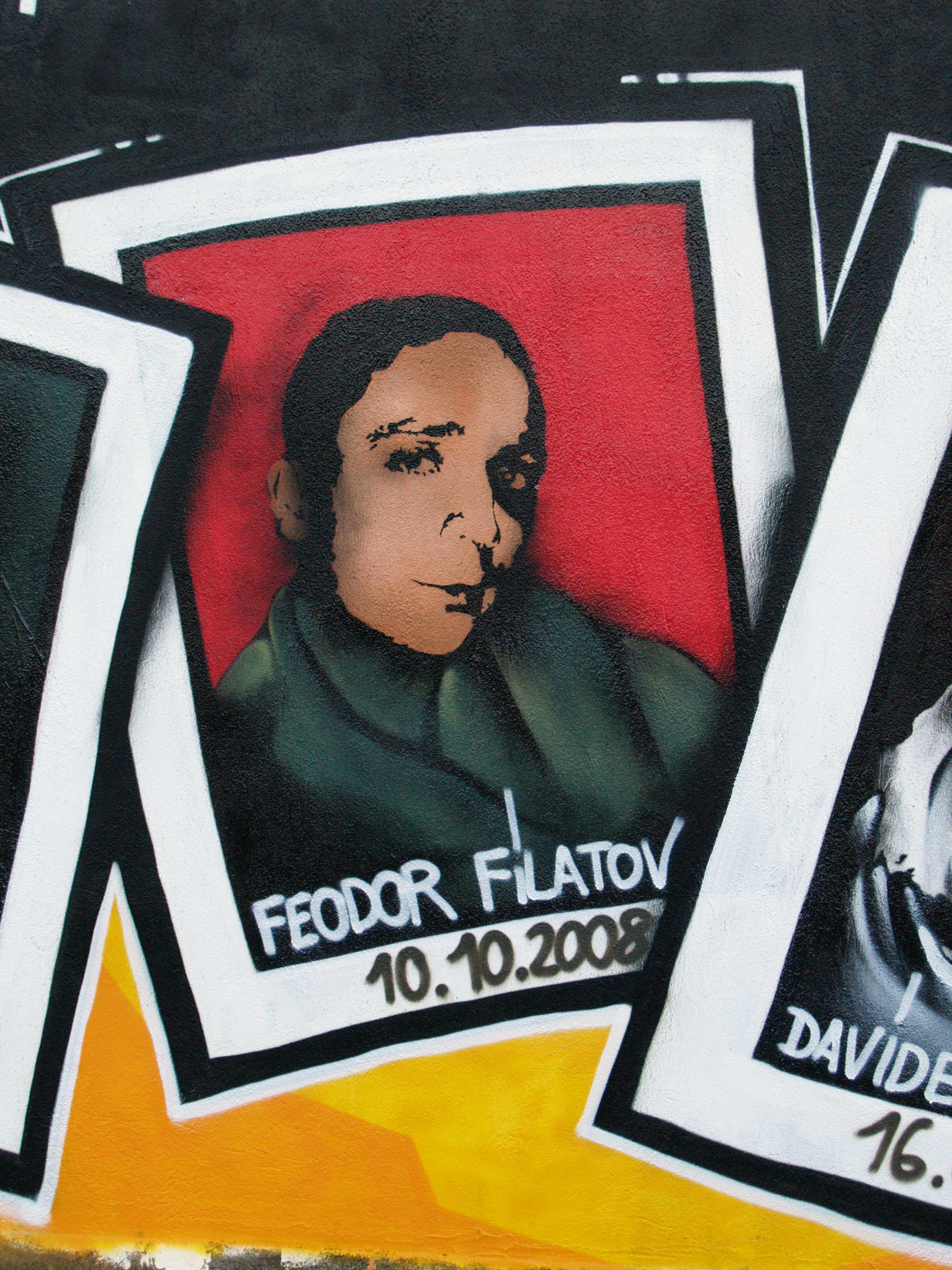 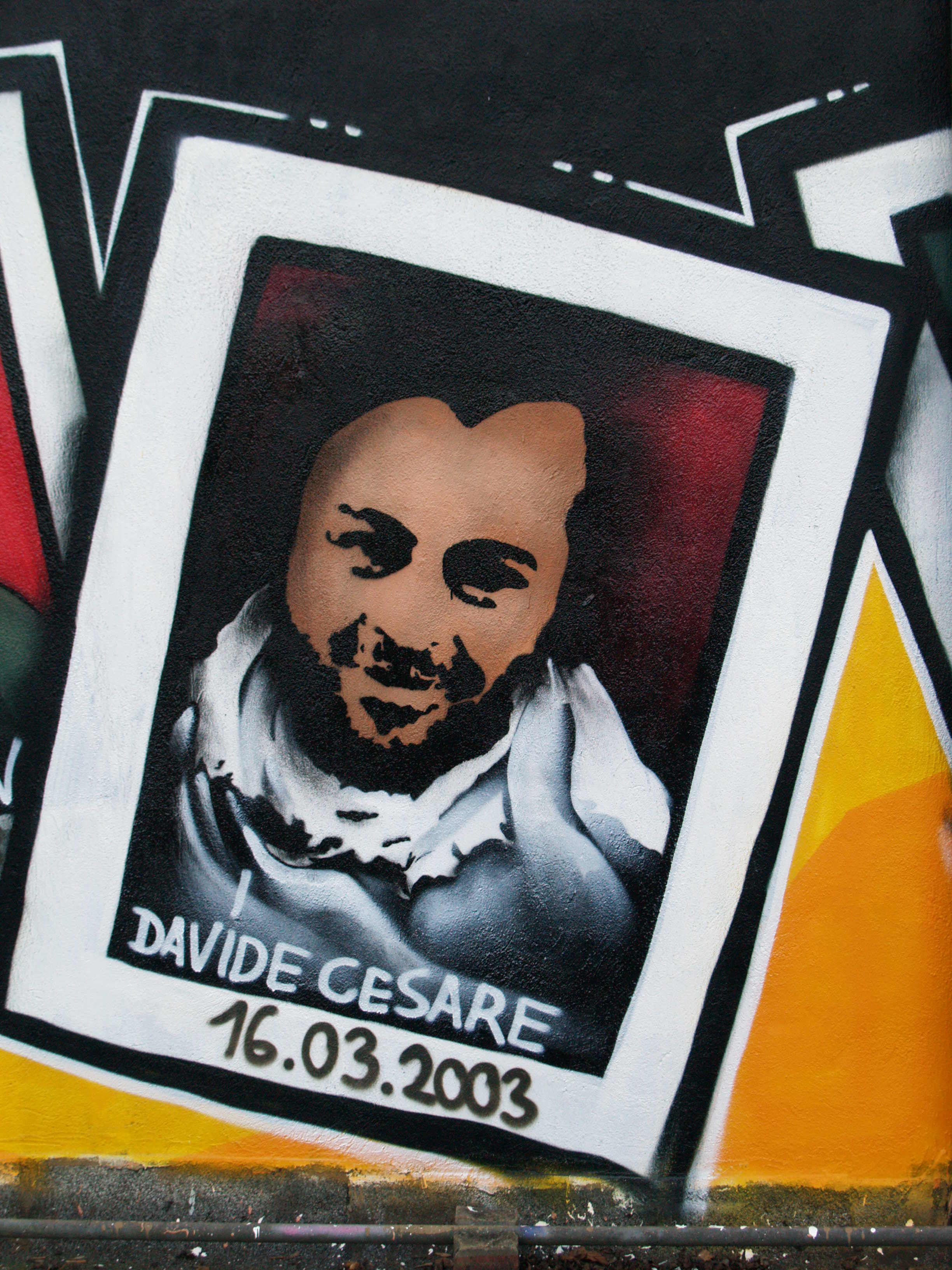 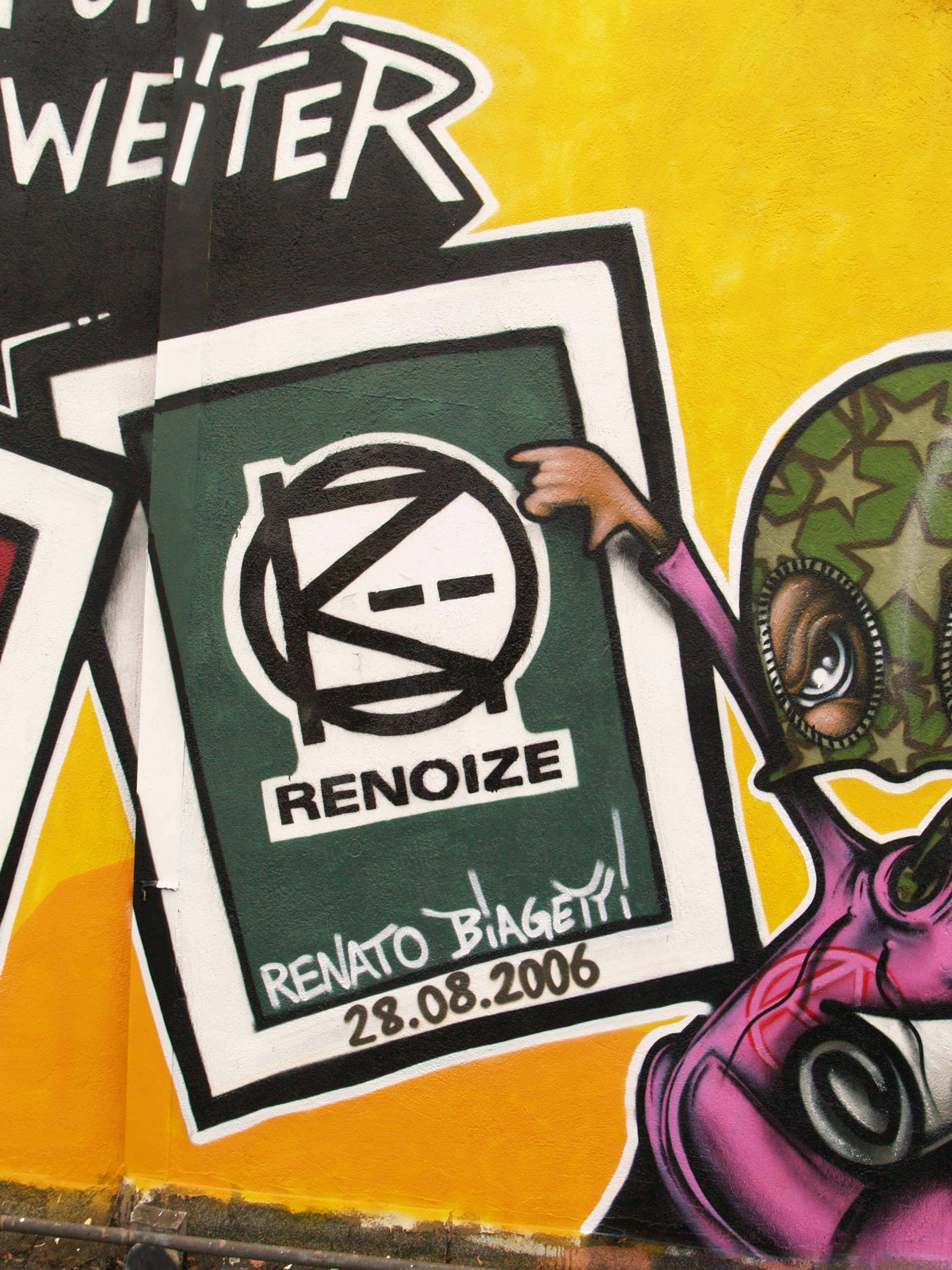 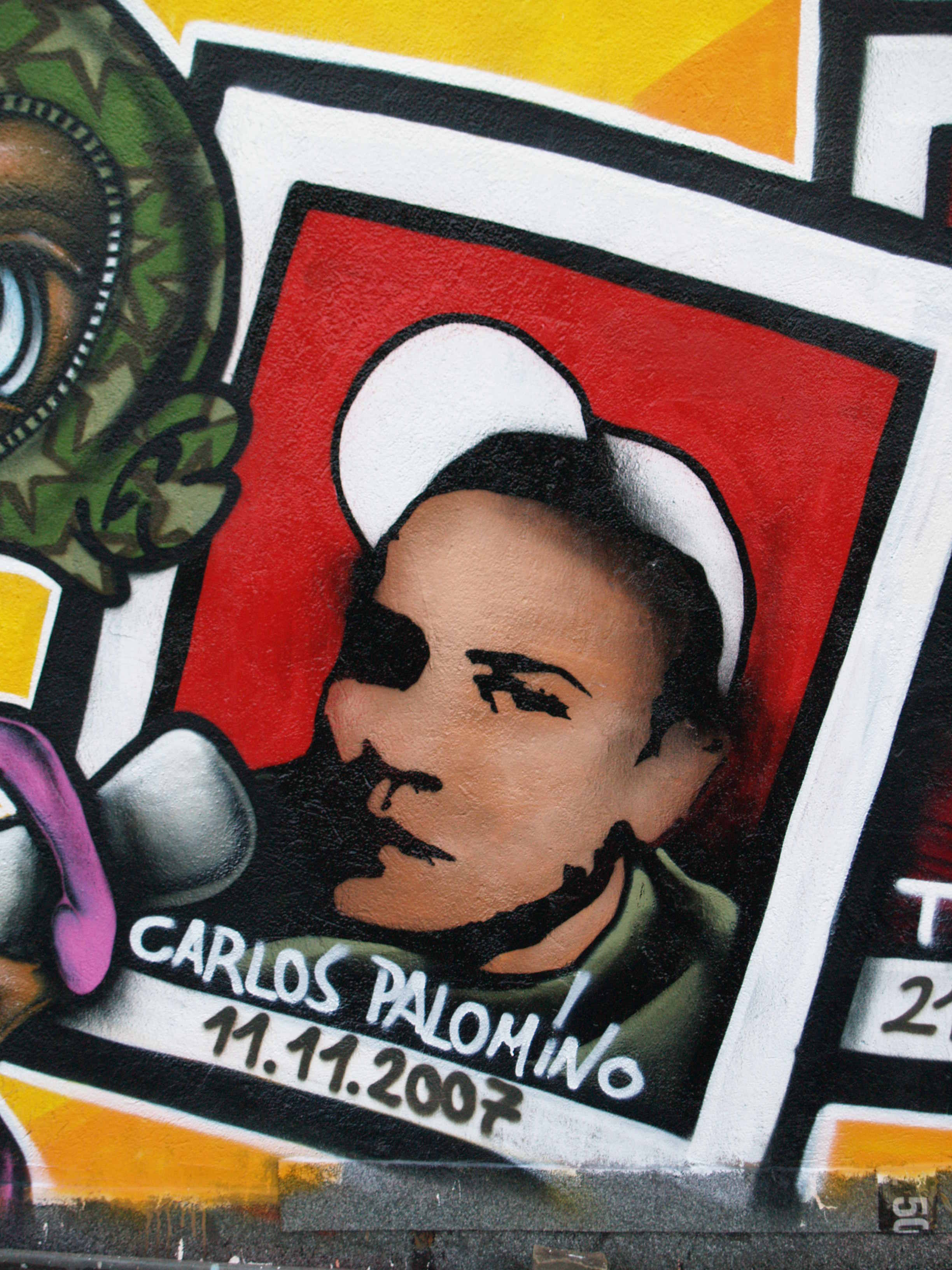 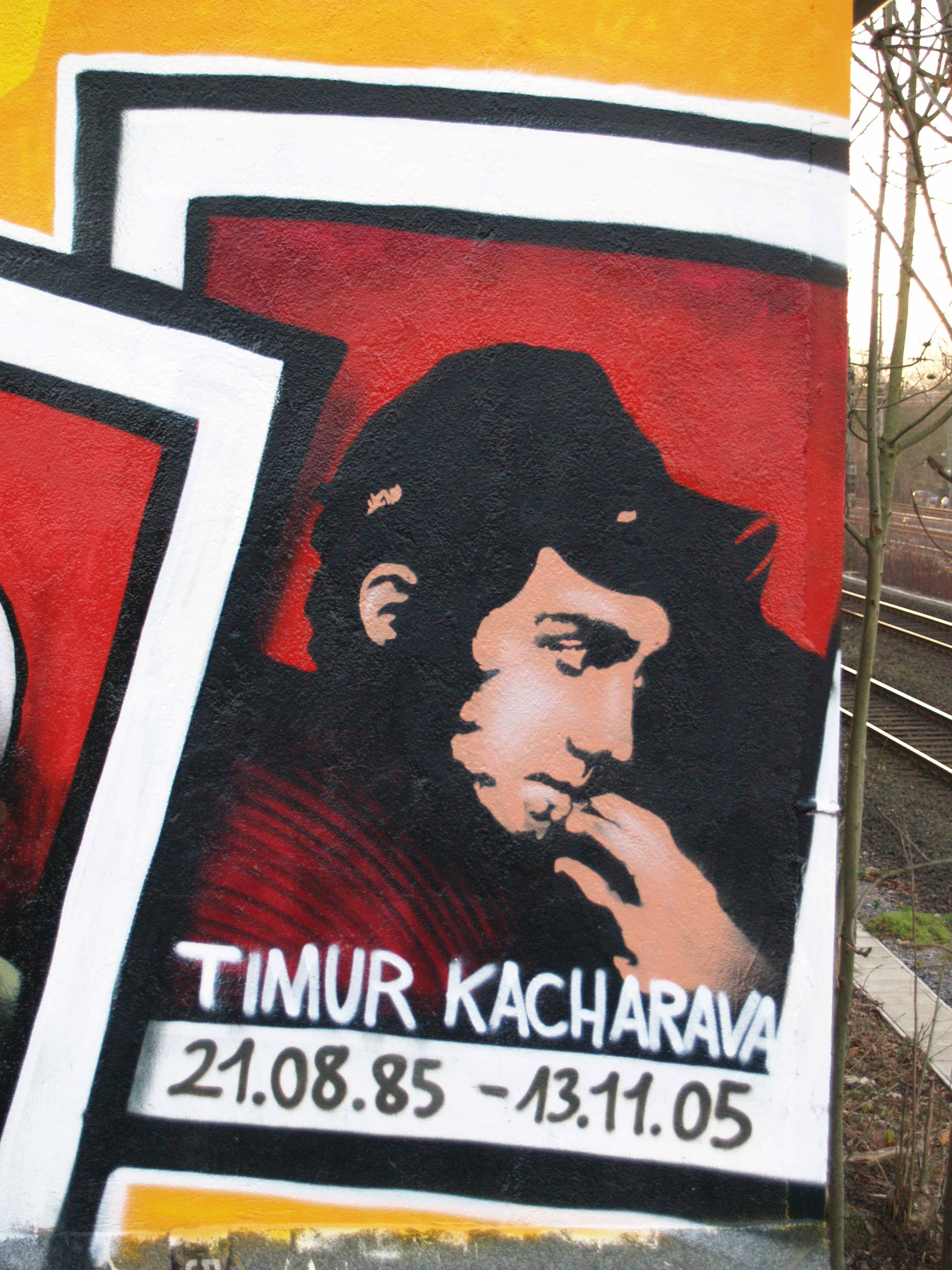 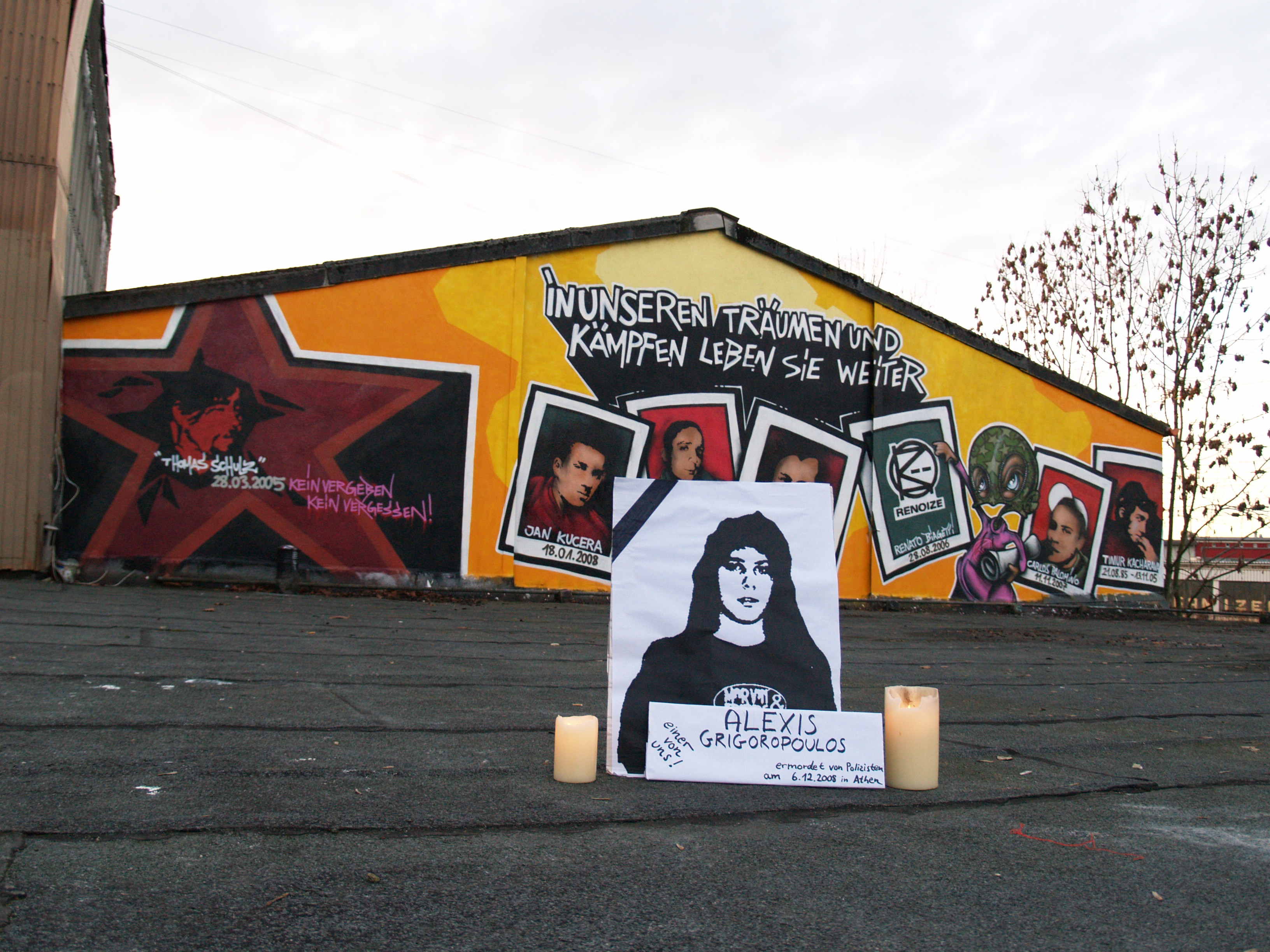 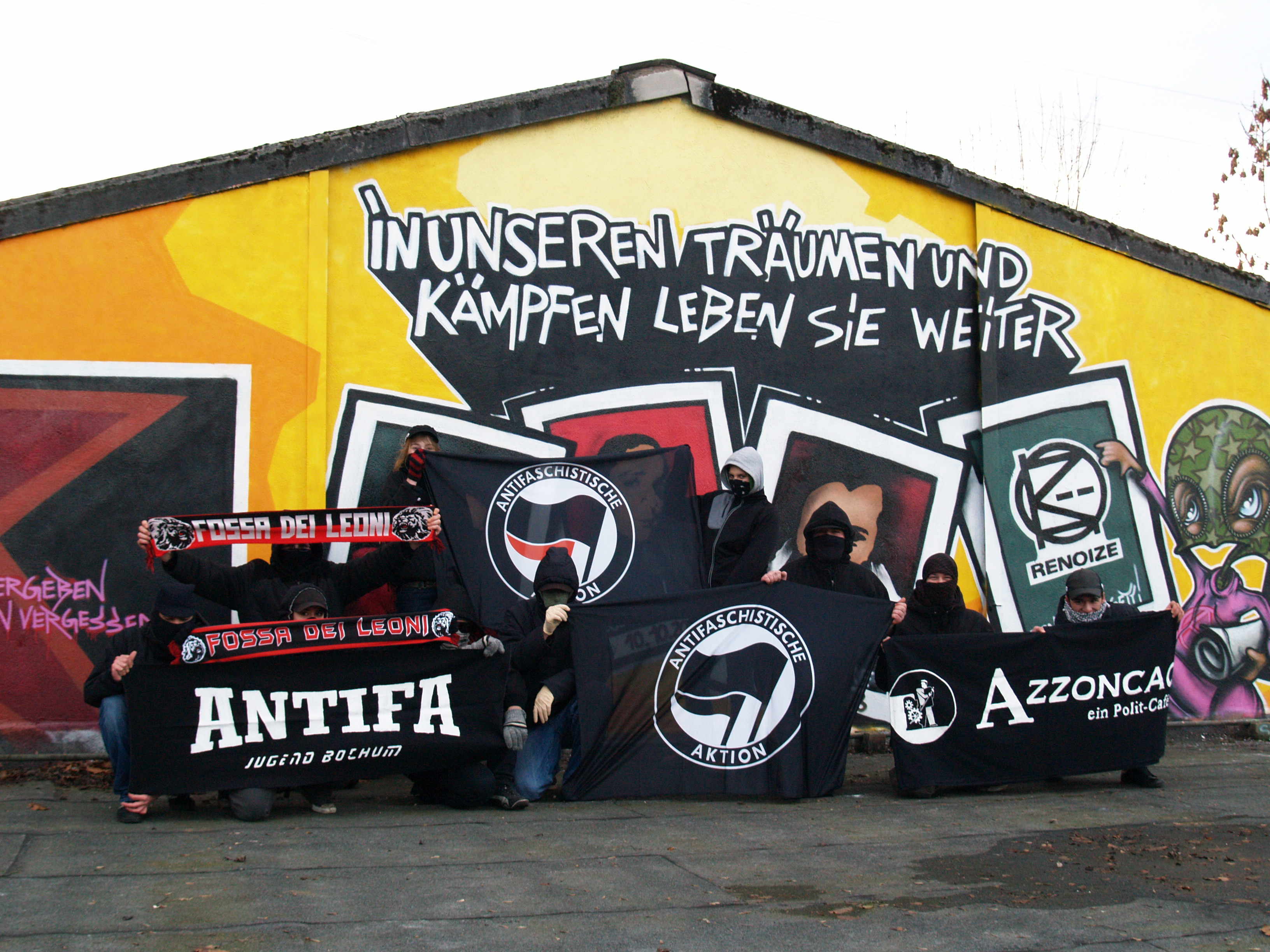 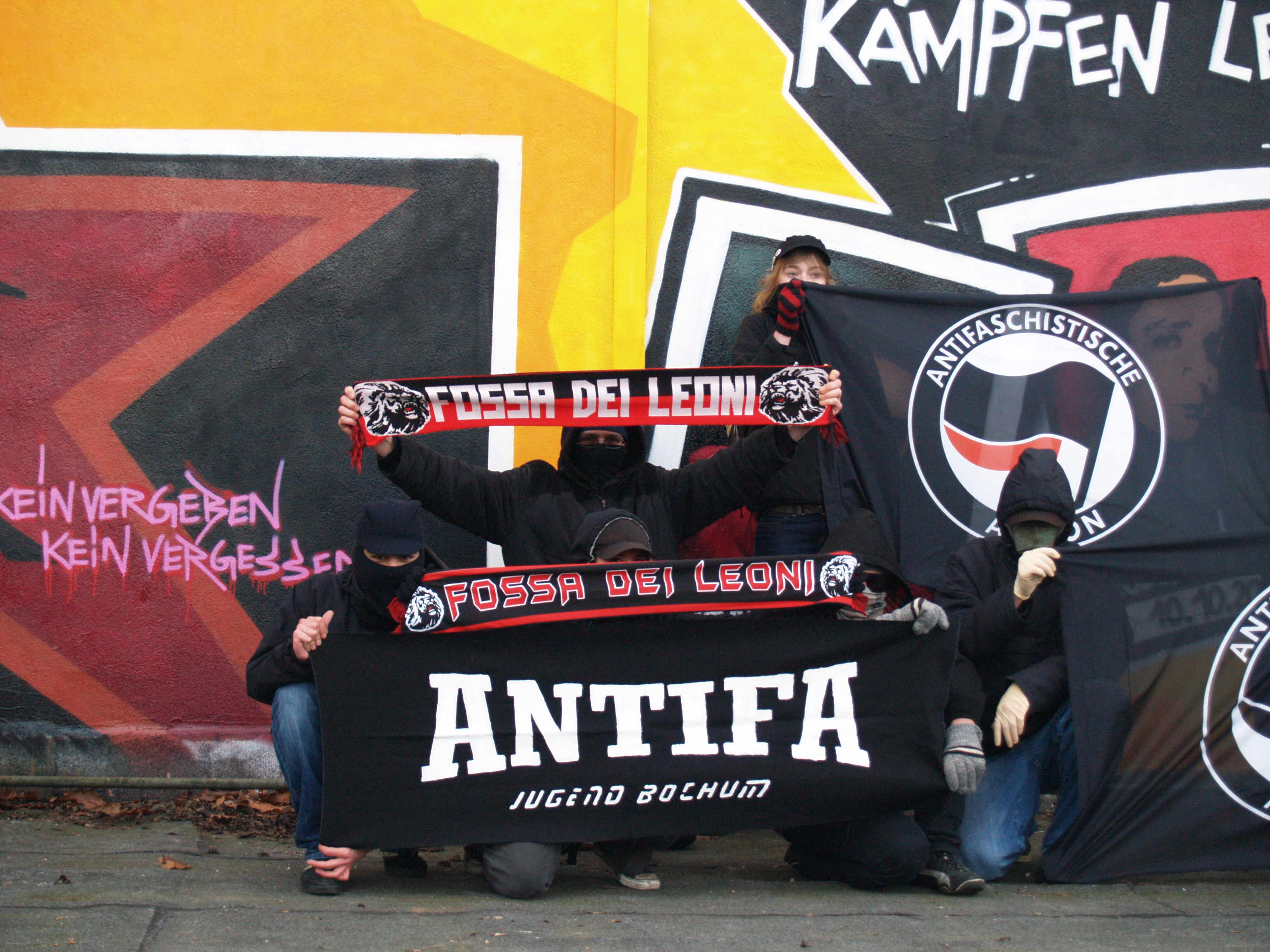 “Today, December 14th, 2008, we sprayed a graffiti to memorialize seven antifascists murdered in recent years. A wall was tagged with the slogans “In our dreams and struggles, you live on!” and “Don’t forget, don’t forgive!” to bear these people in remembrance:

Timur Kacharava (20), killed by a group of Russian Nazis in St. Petersburg on November 13th, 2005

We chose those seven because we believe them to be representative of many youths standing up to and speaking out against the once again growing threat of fascism and racism in Europe. Because of their resistance they became victims. Judging by the information we could attain about them, they believed their struggle not to be limited to combating fascism, but capitalistic "normalcy" as a whole – and therefore were regarded as trouble makers by the political authorities and the press of their home countries. This fact becomes all too clear if one takes a look at the total lack of public and political interest in the murders of those young people.
The city of Dortmund, for example, still impedes the installment of a commemorative plaque for antifascist punk Thomas Schulz at the place of his murder. The Nazis of this town, on the other hand, face no trouble when publicly defiling the victim’s memory (for a German article on this, see:

We believe each one of the above to be “uno di noi” – one of us. One of us, who fought against artificial constructs such as “nation”, “race” and “borders”. One of us, who could imagine a better life outside of capitalistic exploitation and alienation.
They were one of us and will not be forgotten!
To keep the memory of those youths alive, we made this graffiti. And as it says: In our dreams and struggles for change in society, Dax, Schmuddel, Renato, Pollo, Jan, Fjedor and Timur, will always live on.