Activists Super-Glue themselves inside BBC HQ 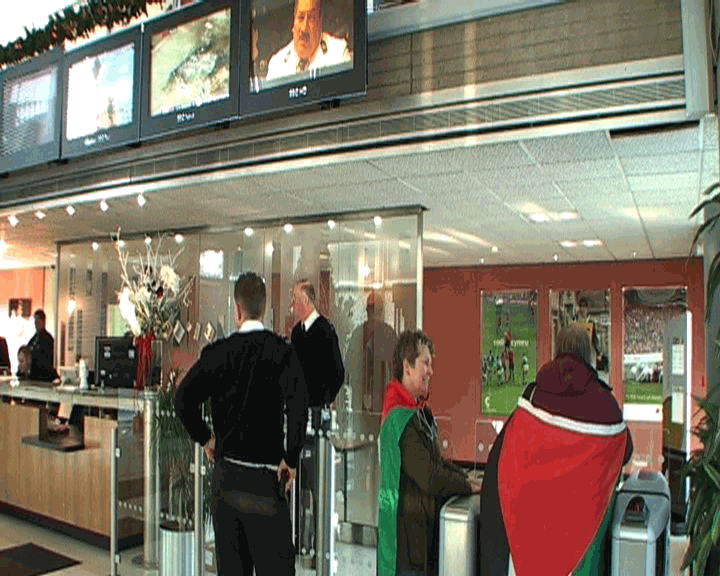 Glued to entrance gates of BBC 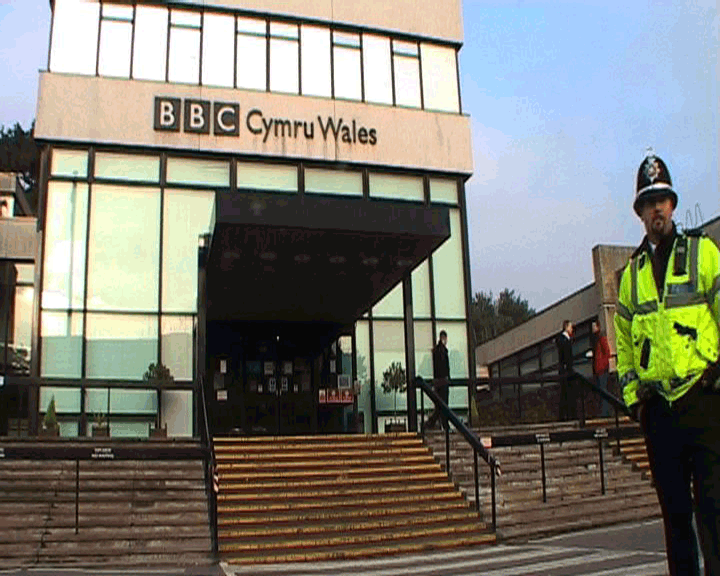 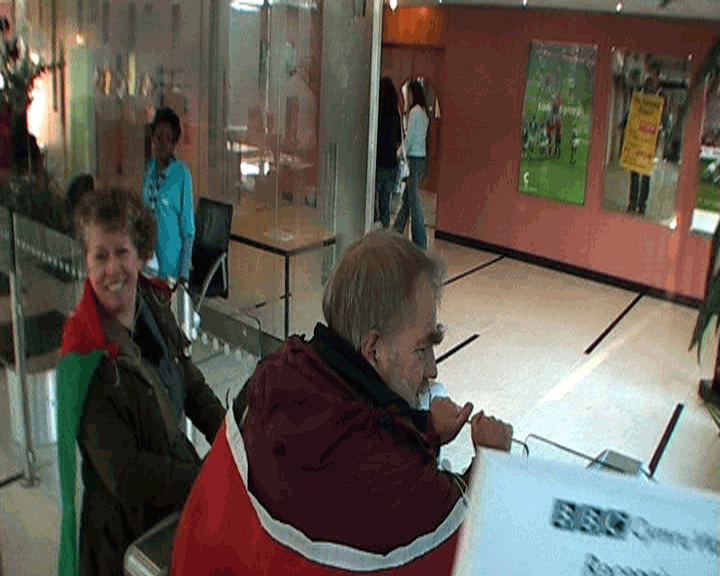 While one activist handed out leaflets, frustrated reporters were prevented from leaving or entering the main BBC News building.

Draped in a Palestinian flag, campaigner Bob Cotterell said
‘We have super-glued our skin to the main doors of the BBC in protest at the irresponsible reporting of the Middle East issue by the public broadcaster.

He continued to say
‘The Middle East is a sticky situation but if the public has any hope of understanding both sides, then we need the BBC to give the full, rather than partial, facts.

The protesters are upset that the reporting of the Israeli F-16 aerial bombings does not put them in any real context.

Fellow activist D Murphy said while glued to the gate
'While we hear about rockets being fired from the Gaza Strip into Israel, we rarely hear that this is Palestinian land stolen by Israel. '

She continued
'Since Saturday, Israel has killed more than 350 civilians in response to the repeatedly reported 4 deaths amongst the Israelis. The hugely disproportionate response by the Israel is not highlighted.'

Four Police cars arrived at the scene with sirens and lights flashing. All journalists were ejected from the BBC building and the main entrance was blocked off with metal barriers.

The protesters complained that the BBC has chosen to name Hamas as a ‘Militant Organisation’ rather its rightful term of ‘Government’, omitting that in January 2006, with a huge majority, Hamas was democratically elected to govern the people of Palestine.

Wrapped in a Palestinian flag, she added:
‘We do not hear that Israel has violated more United Nations resolutions than any other country, and today it is collectively punishing the ordinary people of Gaza breaking Article 33 of the 4th Geneva Convention.’

They have asked people to fax, phone or e-mail the BBC and urge them to review their reporting of the Middle East and 'not make the situation even worse'.

The activists continued to say
‘We are calling upon the BBC management to revise every news report before broadcast to ensure that the language used to report the attacks is responsible and fair. We ask that wider context is given for viewers to understand the issues on a deeper level.’

The 'Glue Two' are a part of the group who previously locked themselves inside Cardiff Castle to highlight the 50th anniversary of Israel’s illegal occupation of Palestine.

Video images of the protest are available from Undercurrents

Watch the film about the glue protest