On Sunday thousands of mostly Palestinian demonstrators brought one of London's poshest shopping streets to a standstill as anger about the bombing of Gaza by the Israeli airforce killed hundreds.

Like Lebanon Gaza does not have any defense against attack from the air.

Like it or lump it, Hamas was democratically elected by the Palestinian people.

The rocket attacks on Israel causes huge disruption on one small area but are little more than a symbolic gesture of defiance.

The four Israelis killed by Hamas rockets happened SINCE the bombing of Gaza started when Hamas began increasing its attacks.

Meanwhile the media gives EQUAL coverage to the attacks on both sides. Despite 1 Israeli dying for every 92 (latest figures) Palestinians.

With the blockade (which costs hundreds of lives) Gaza is little more than an enormous prison for over 1,000,000 people. Hamas honoured the ceasefire for six months while watching their people starve.

Is it any wonder that they decided to rattle the cage?

Once upon a time Israel funded Hamas as way of dividing Palestinian anger and undermining Yasser Arafat. Did they forget to mention that on News At Ten? 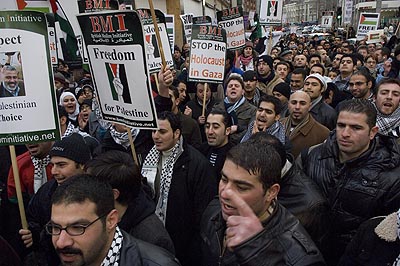 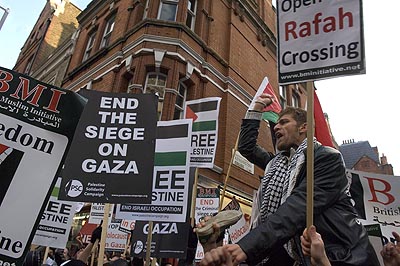 ...to demonstrate their anger over the bombing of their relatives and friends. 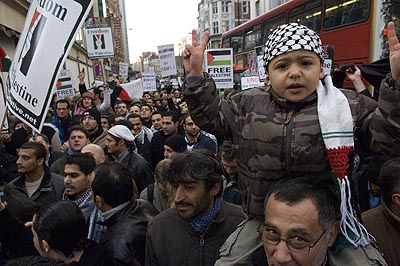 With so many people squashed into such a small pen... 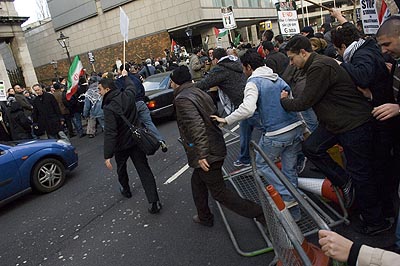 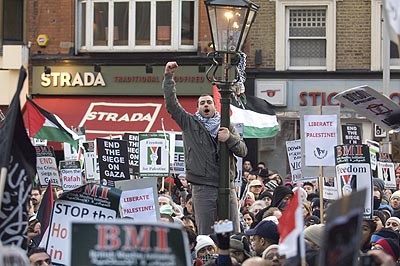 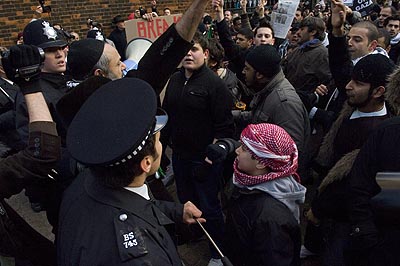 Luckily for the very outnumbered cops at the gates... 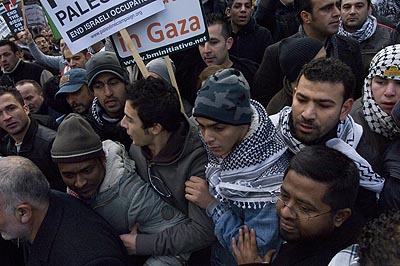 ...the protesters are a peaceful crowd... 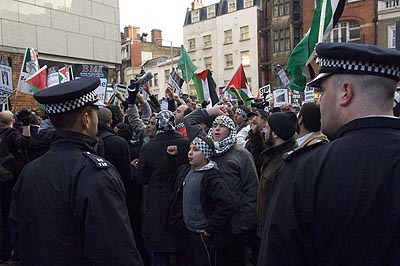 ...not intersted in violent confrontation. 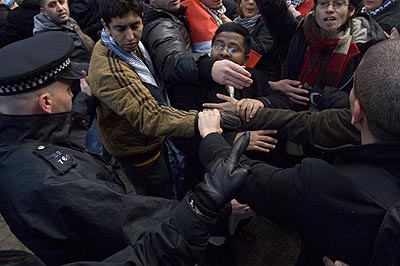 Though there is the odd skirmish. 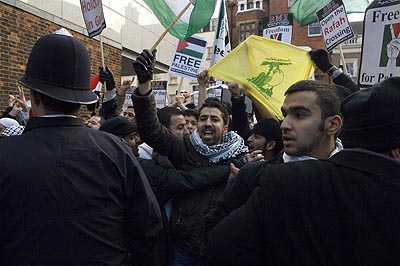 Hezbollah are unsurprisingly quite popular with this lot. 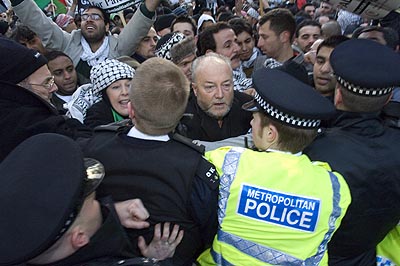 The Police constantly call for backup as the numbers swell. 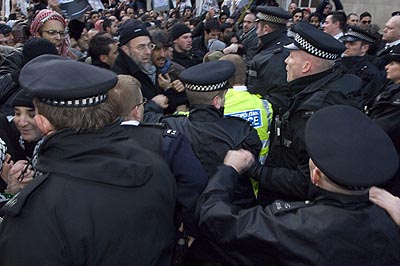 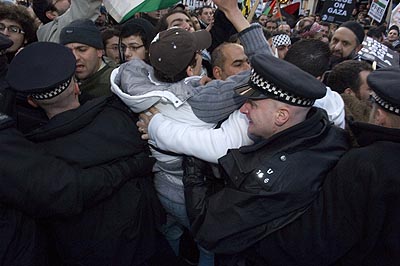 ...and have their usual calming effect on the proceedings. 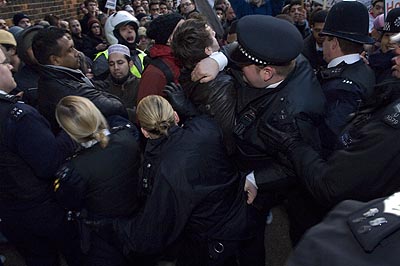 ...so the scuffles continue... 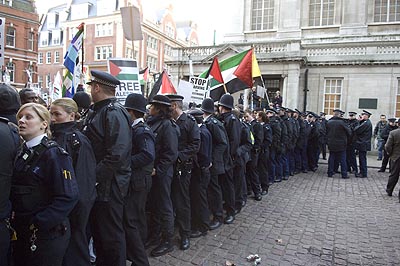 ...as the protest is gradually pushed back from the embassy... 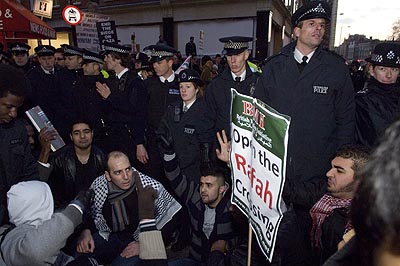 ..where the protest continues to block the road. 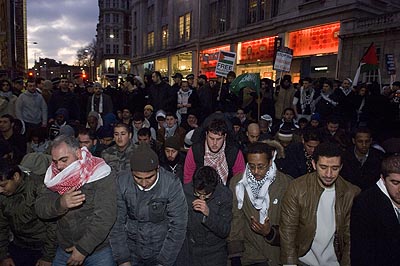 Prayers for the dead in Gaza. 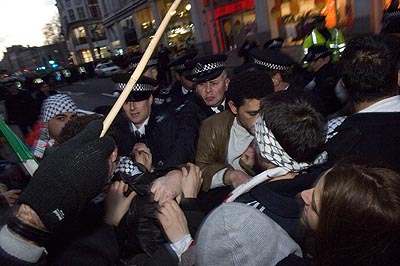 The cops start attempting to disperse the crowd... 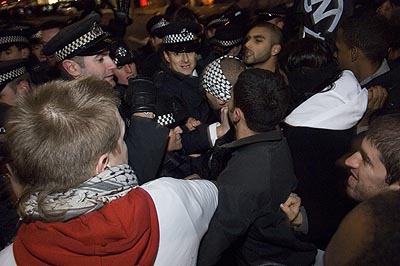 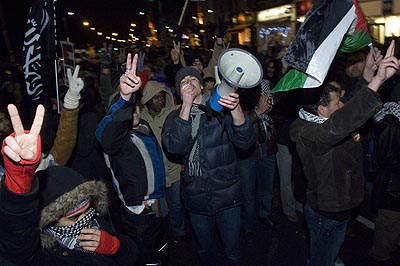 ...as the protesters remain defiant to the end.

Today on the news the Israelis were refusing to listen to an international call for a 48 hour ceasefire to allow humanitarian aid. They seem decidedly nervous about the idea of a ground war, preferring instead to bomb defenseless people from the air. Not surprising when you consider how badly they got their arses kicked in Lebanon in 2006. Even the BBC are openly reporting that Israel's international position is being severely weakened while Hamas has never been stronger.